Taylor Hensel is a storyteller. Her work as a photojournalist and filmmaker often reflects the nuanced relationships we have with all beings. Taylor is a citizen of the Cherokee Nation. She earned her BA in Journalism and Digital Media from Metropolitan State University of Denver and holds a MA in Documentary Journalism from the University of Missouri. She has worked as a journalist, photographer, and video producer with the United States Department of the Interior and the Humane Society of the United States where her work involved covering stories of animal justice, environmental conservation efforts, and relationships between Indigenous peoples and the land. When it comes to independent storytelling, her collaboration with her sister Brit remains a constant source of inspiration. Taylor continues to align her life and her work valuing the land, justice, and diverse perspectives through her role as a Producer with Nia Tero. Most importantly, her wish is to continue telling stories that inspire unity and hope. 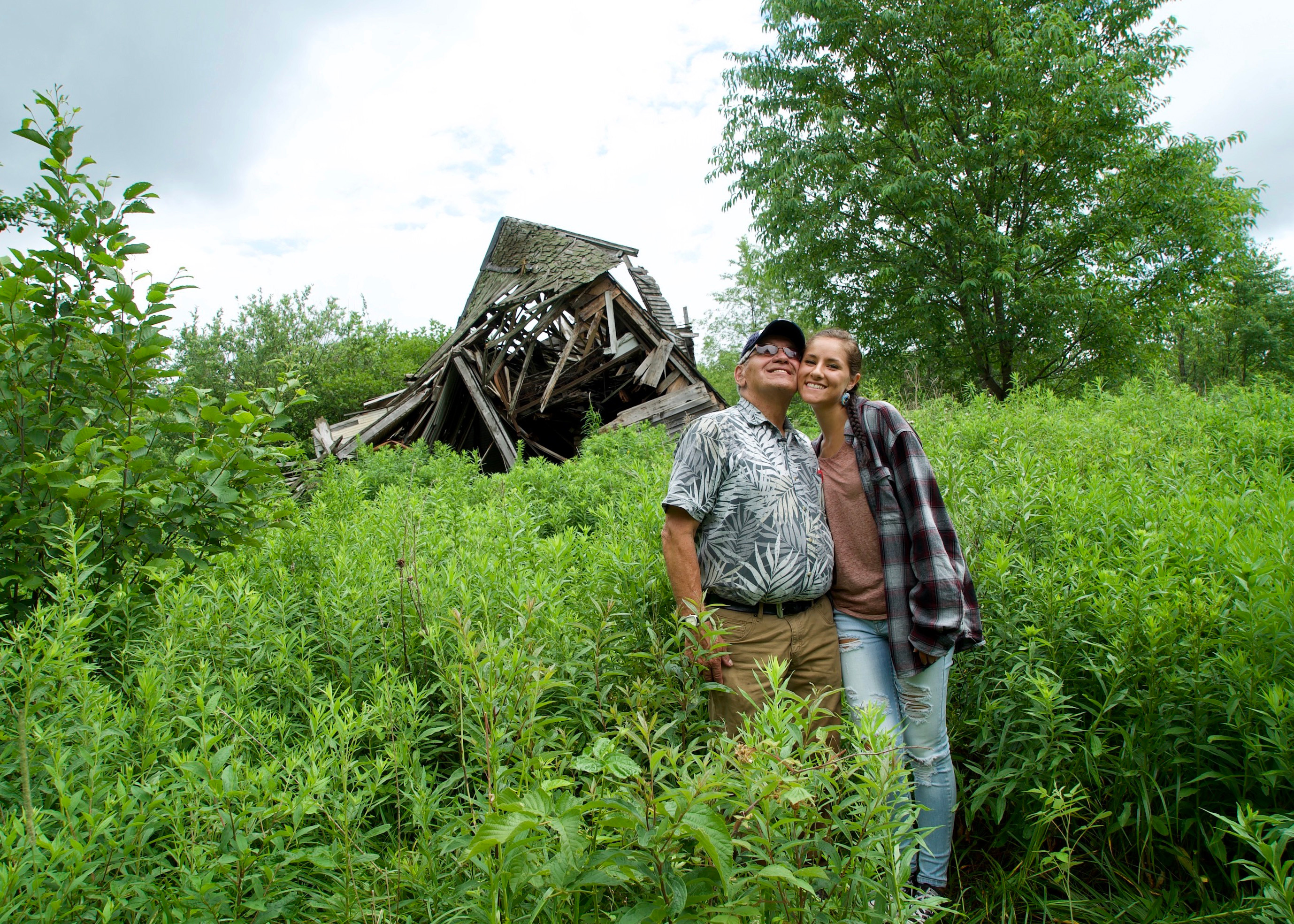 WABENO, WISCONSIN (2019) - Holly Daniels (Forest County Potawatomi) and her grandfather Louie Spaude (Forest County Potawatomi) smile in front of the home Louie grew up in. The now dilapidated structure still stands on the 80-acres that was allotted to their family through the Dawes Act; the land that generations of their family have lived on until it was sold in the 1960s. Louie knows this land like the back of his hand, but for years it has been owned by an outside source who refused to sell it back. Recently, Holly and her husband Marcus Daniels (Forest County Potawatomi) have reclaimed this land and are revitalizing the homestead that holds the medicine, knowledge, and memory of their ancestors so that generations to come can remain rooted to this place. The Spaude and Daniels family are very dear to me. I was lucky enough to witness this reclamation of not only the land itself but also of identity.
Share
                
ALL PHOTOGRAPHERS