Roderico Yool-Díaz, Indigenous Maya Kaqchikel, was born in Chimaltenango, Guatemala, on a coffee plantation owned by the Dutch in the 1970s, a relic of the hundreds of years of colonialism in Guatemala where Indigenous people were forced to labor on European-owned plantations. In his early years he and his family were forced to flee the plantation, displaced by violence and military repression during the internal armed conflict (1960-1996) and most recent genocide (1980s) in the country that resulted in hundreds of thousands of civilian deaths, over 80% of whom were Indigenous. As early as 5 years old, Roderico began venturing into the coffee groves to help his parents pick coffee and cardamom. After they were displaced from the plantation, Roderico worked a variety of agricultural jobs throughout his childhood and early adulthood to pay his way through school. He was the first in his family to attend college. In college, Roderico studied anthropology, supporting forensic teams in several exhumations of mass graves to recover the remains of victims murdered during the internal armed conflict. Over the years, dedicated to documenting the aftermath of the war and on-going human rights violations, Roderico began to feel an urgent need to document the intensity of what he was seeing. This is what led him to photography. For more than 15 years, Roderico has worked as an independent photojournalist and has documented the struggle of affected communities and survivors to overcome the aftermath of war and genocide in Guatemala and their relationship with migration to the United States. A little over three years ago, Roderico moved to North Carolina, expanding his work to document the historical role of migrant communities in the United States. Roderico has been published in various mediums in Guatemala, the United States, Europe and several countries in Latin America. His work has been exhibited in galleries and universities in Guatemala and the United States. His documentaries have also participated in national and international festivals. Roderico has worked as a correspondent for the Spanish-language newspaper “Que Pasa Noticias,” based in North Carolina and also a correspondent for the magazine “LATÉ” (Latin America writes). He has received assignments for photojournalism agencies such as Associated Press (AP) and is co-founder of the audiovisual production agency “Iximché Mediam,” and is a member of Indigenous Photograph and Diversify Photo. With a strong sense of ethics and respect, Roderico uses documentary photography and photojournalism to illuminate stories of the current reality of Indigenous peoples beyond folklorization and exoticism. His work also helps to deconstruct a version of history that only tells the story of subjugation and slavery from the perspective of the oppressor. “I discovered photography as a way to heal these traumas in myself and in my community, as a way to document the on-going dispossession of Indigenous communities, but also their brave and unending resistance against the colonial state. Now I am a migrant in the United States and I vindicate my ancestral past and my Indigenous roots” - Roderico Yool-Díaz 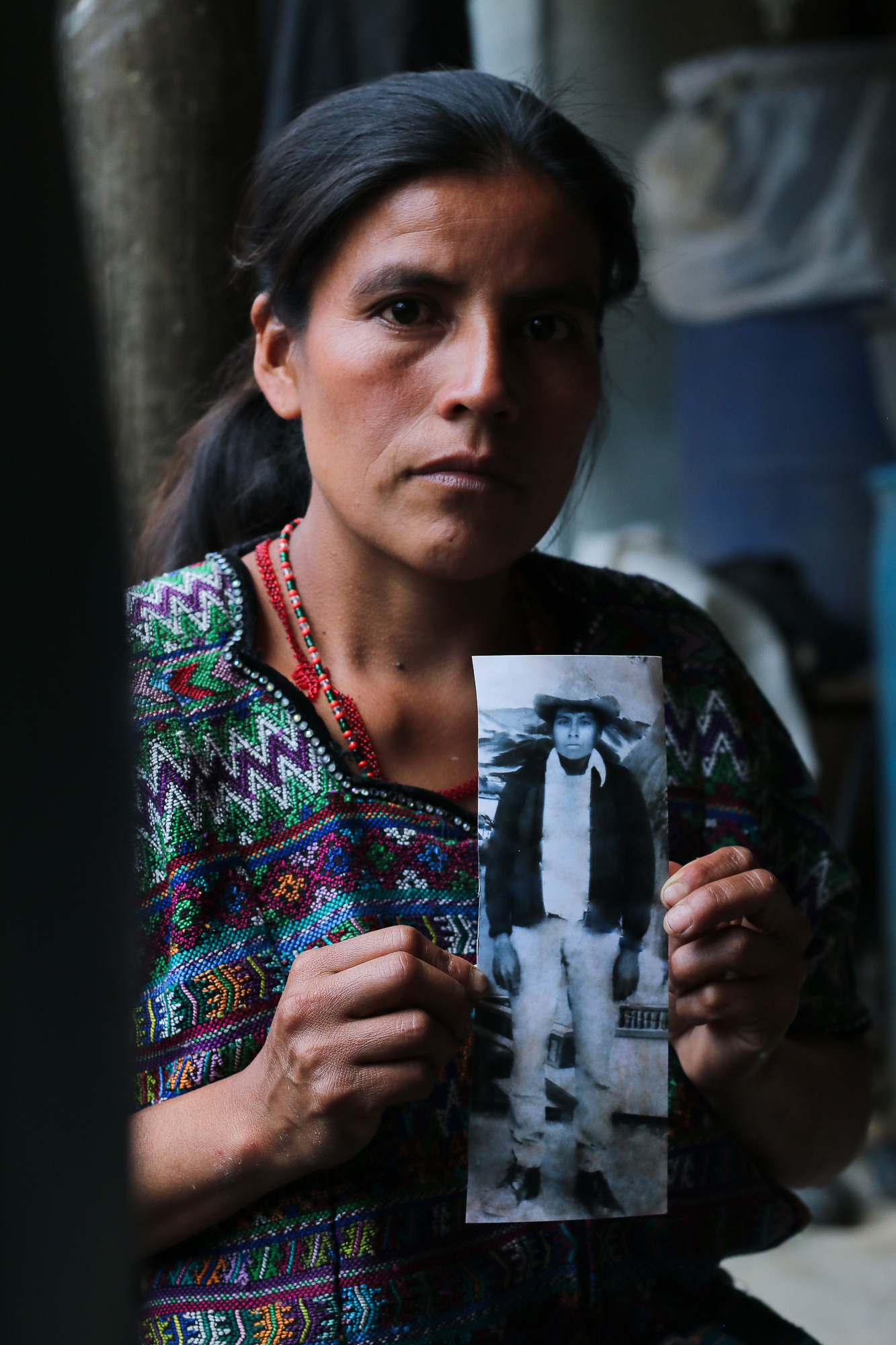 Portrait of María Agustina López, Indigenous Maya Kaqchikel, grasping a photograph of her father, who was assassinated by members of the Guatemalan army in 1982, in the Santa Anita las Canoas community, Chimaltenango. March 11, 2015.
Share
                
ALL PHOTOGRAPHERS