Eastern Band of the Cherokee Indians

Shan Debra Goshorn was a noted Eastern Band Cherokee multi-media artist whose work (hand-tinted photography, paint, metalwork, and basketry) is featured in several of the most prestigious museums in the nation including the National Museum of the American Indian and the Eiteljorg Museum. She was identified by the Museum of the Cherokee Indian in the 2000s as the 14th living artist to master the difficult double-weave basket technique. Goshorn was most renowned for her basketry where she developed a style of using printed archival paper as splints to weave photos and images into her works. During her career she was the winner of many awards including Grand Prize at the Red Earth Festival, Native Arts and Cultures Foundation Artist Fellowship, winner at the Santa Fe Indian Market, and being named a USA Fellow. In a 2014 interview, she told the Cherokee One Feather, "It continues to be my goal to represent Native people - and especially the Eastern Band - in a good way, to educate international audiences about the issues that are unique to Native people." 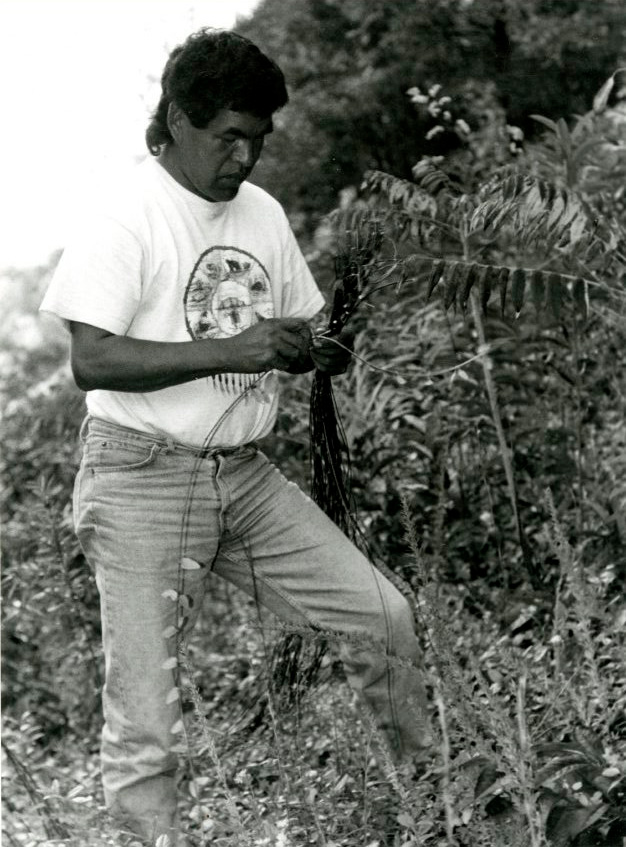