Alanna is the youngest of 3 siblings and resides in the Tsuutina Nation. At the age of 15 she decided that she wanted to be a photographer and filmmaker. Growing up, she and her friends would remake films and parodies of movies they saw. They would have mini productions going on over the school breaks, from hair and makeup to background actors. They would go all out on making these films with a vintage JVC VHS-C camcorder. The films are still on tape and not yet converted, but one day she plans on making something out of them. Alanna always had a camera in her hand, whether it was a Polaroid, disposable, or a film cam. In 2015, she got her first canon DSLR camera and started taking pictures of the women she was inspired by, like her relatives and community peers. Alanna loves capturing people in their true nature. Her vision and eye for photography has taken her so far and one day she plans on making a book out of all the people she has captured over the years. 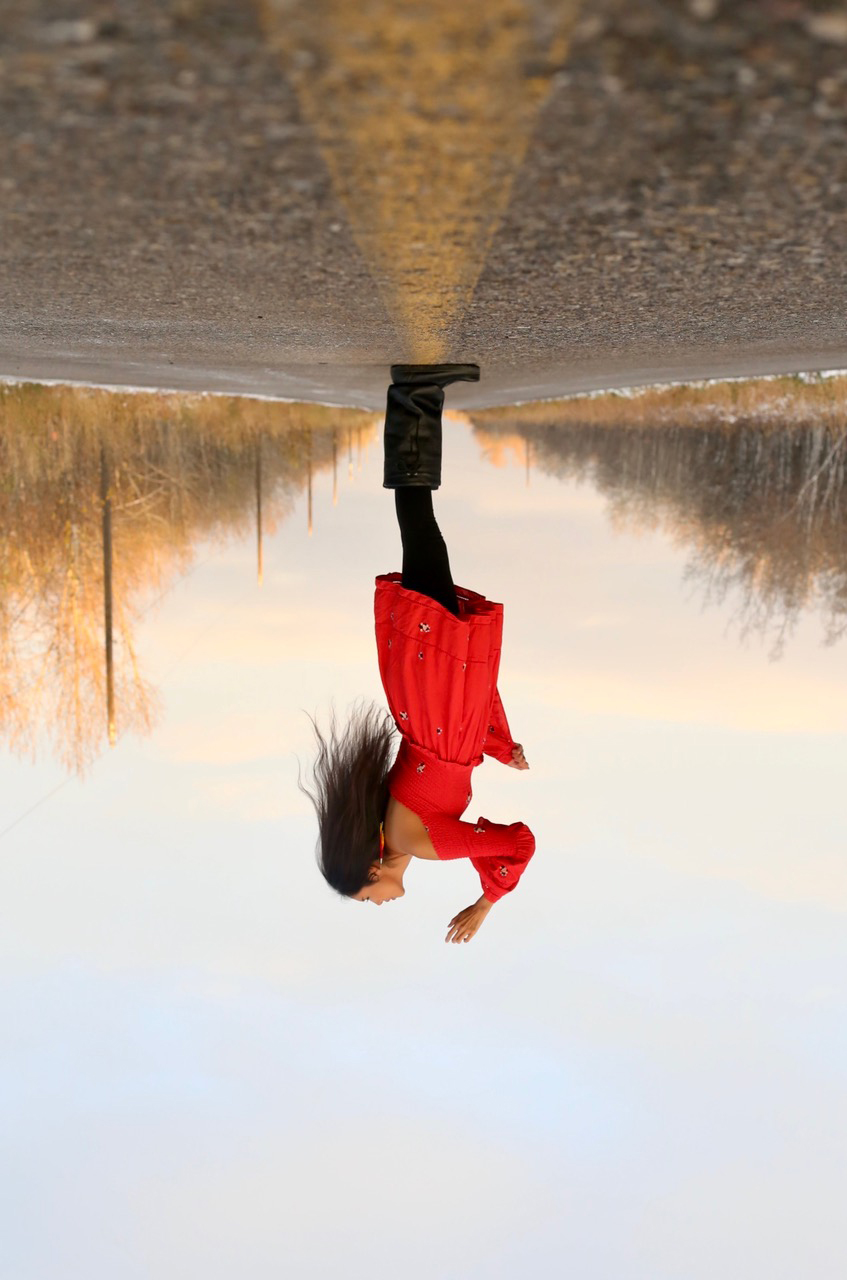 In the photo is my cousin Sofia Eagle Head. This picture was inspired by our indigenous women across turtle island. I chose to turn this picture upside down because of how our women are being treated in this world. To me it's very backwards and upside down. What we go through for our families and what we do for our children is on a whole other level of strength. As indigenous women we have so much pain and yet we come out so strong. The red dress is in honour of the Missing & Murdered Indigenous Women.
Share
                
ALL PHOTOGRAPHERS