Virtual Powwows in the Era of Covid

After the global pandemic canceled most major powwows in the United States, Native American dancers, singers, and vendors turned to virtual powwows to fill the void. With the cancelations, many maintained connection to their culture and each other by competing and sharing videos online.

In some cases the online powwows bring small financial relief. Dan Simonds normally spends his summer traveling and selling jewelry. He estimates he lost seven to ten thousand dollars in booth fees due to cancellations. The sudden loss of income is what inspired him to co-create a Facebook group,  “the Social Distance Powwow,” as a venue for vendors to sell their goods.

It quickly became a place not only for vendors, but for tribal members across Indian Country to come together and help each other through this unprecedented time. “I was tired of being depressed. I needed to move and there was nothing I could do but dance it out,” said Yikanee Sampson, a Dine nurse from Utah. Sampson said with the stress of working during Covid-19 and losing two grandparents from the virus, she needed to pour her grief and exhaustion into a positive outlet. For her, dancing relieves stress and she hopes her dance brought positivity to others. In the spring, families posted their graduates and folks from around the country responded with congratulations. The online powwow became a place to celebrate, connect, and sometimes mourn.

Tribute videos flooded the site after a world champion hoop dancer, Nakotah LaRance, 30, passed away suddenly from a rock climbing accident. LaRance taught youth in New Mexico to hoop dance. After his passing coworkers and children shared what he taught them with the virtual world. The Ulibarri family brought their five children to the outskirts of Santa Fe, New Mexico, to record a video of their children hoop dancing, dedicating the performance to LaRance. The kids attended the Lighting Boy Foundation program where LaRance taught. “He taught these kids everything,” said Eric Ulibarri, the children’s father. The online powwow gave the children the opportunity to perform and gave the family the chance to thank their teacher publicly, Ulibarri said.

Online powwows can’t replace spending time with family, eating good food, and camping, but they do offer a way for individuals to keep celebrating life. Joe Upham, a Blackfeet chicken dancer said he missed how the powwows brought his family and friends together the most. “Even when I was in the Air Force, I would always come back in the summer for the powwows. It was always good to see people I haven’t seen in a long time. I get to see them and be in a place where we’re all doing what we love,” said Upham. “It just makes your heart happy.” Upham decided to post a video to an online powwow when his friend convinced him to dance after a rough week. It was the first time he danced all year. He placed first in the online competition and took home $400. He said the pandemic has been difficult, but dancing puts his problems in perspective and leaves him feeling refreshed and recharged. “It’s nice to have a break and do what you love to do,” said Upham. “And it could always be worse, but I have my daughter and my truck runs and that’s good enough for me right now.” 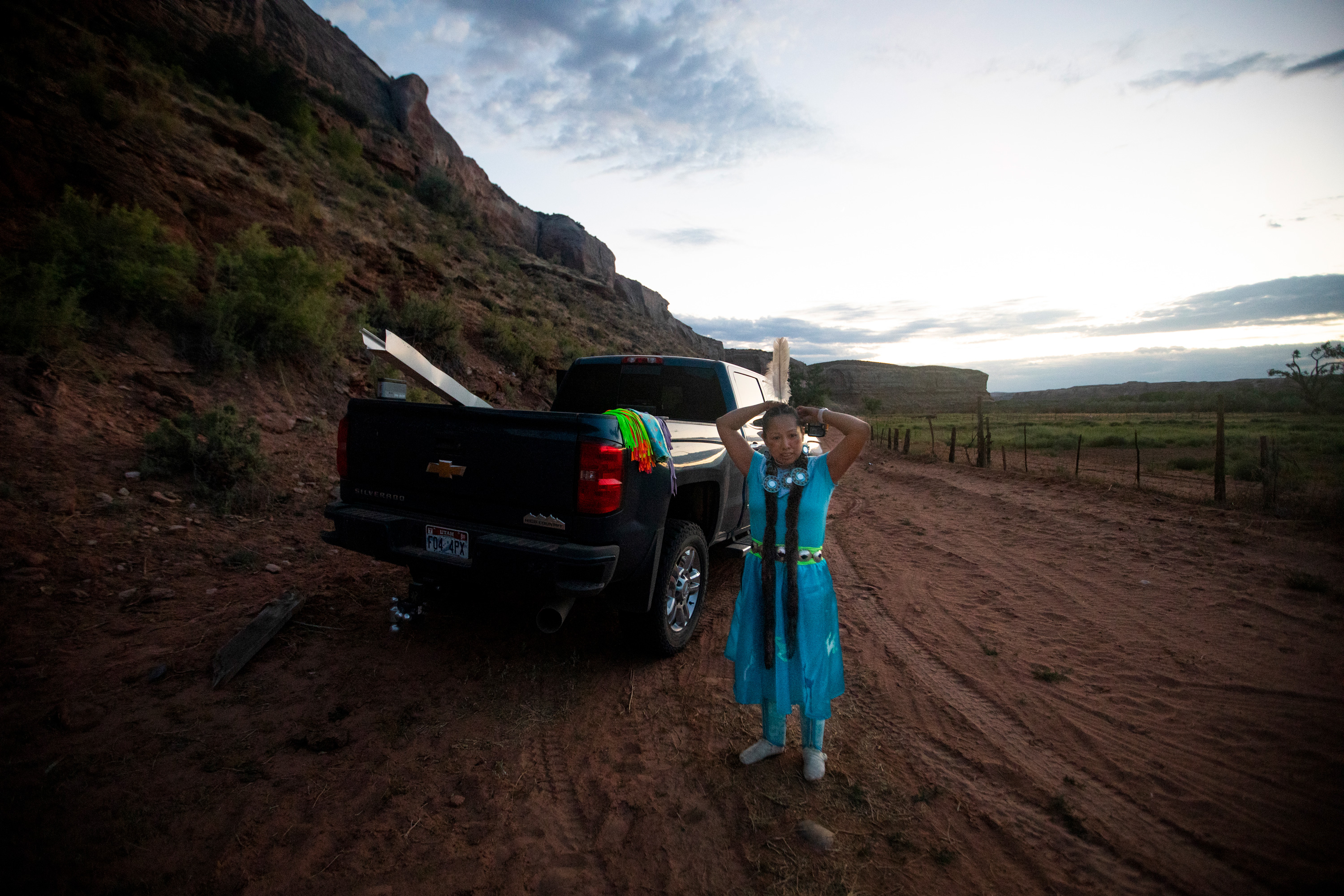 Yikanee Sampson, 35, a member of the Navajo Nation and a nurse at the Montezuma Creek Community Health Center in Utah secures a feather in her hair before dancing in a video recorded for the Social Distance Powwow facebook page. Sampson said she began dancing after falling into a depression earlier in the year at the start of the pandemic. “I was tired of being depressed. I needed to move and dancing helped me relieve that stress and exhaustion. You start to get energy from the song.” 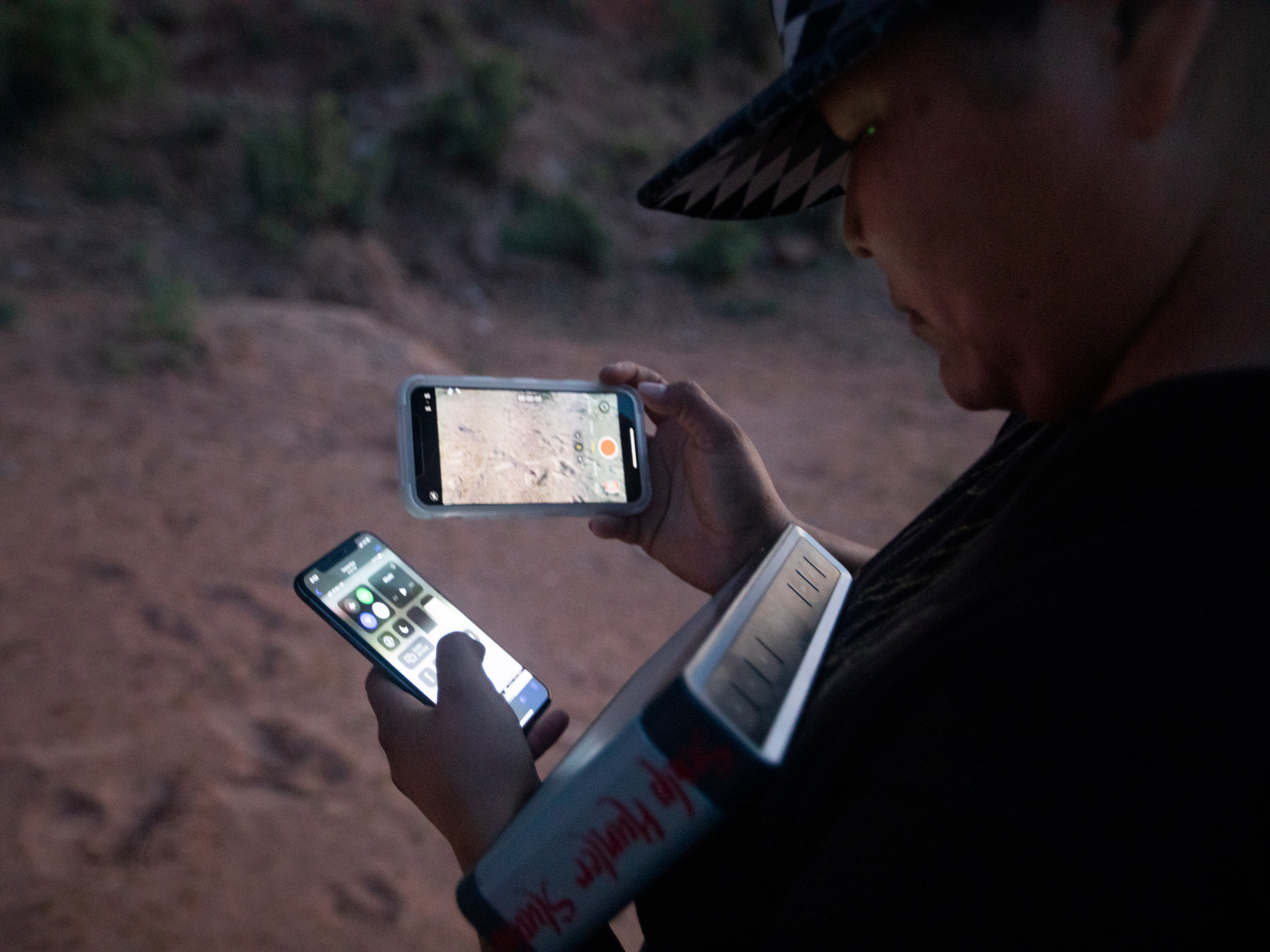 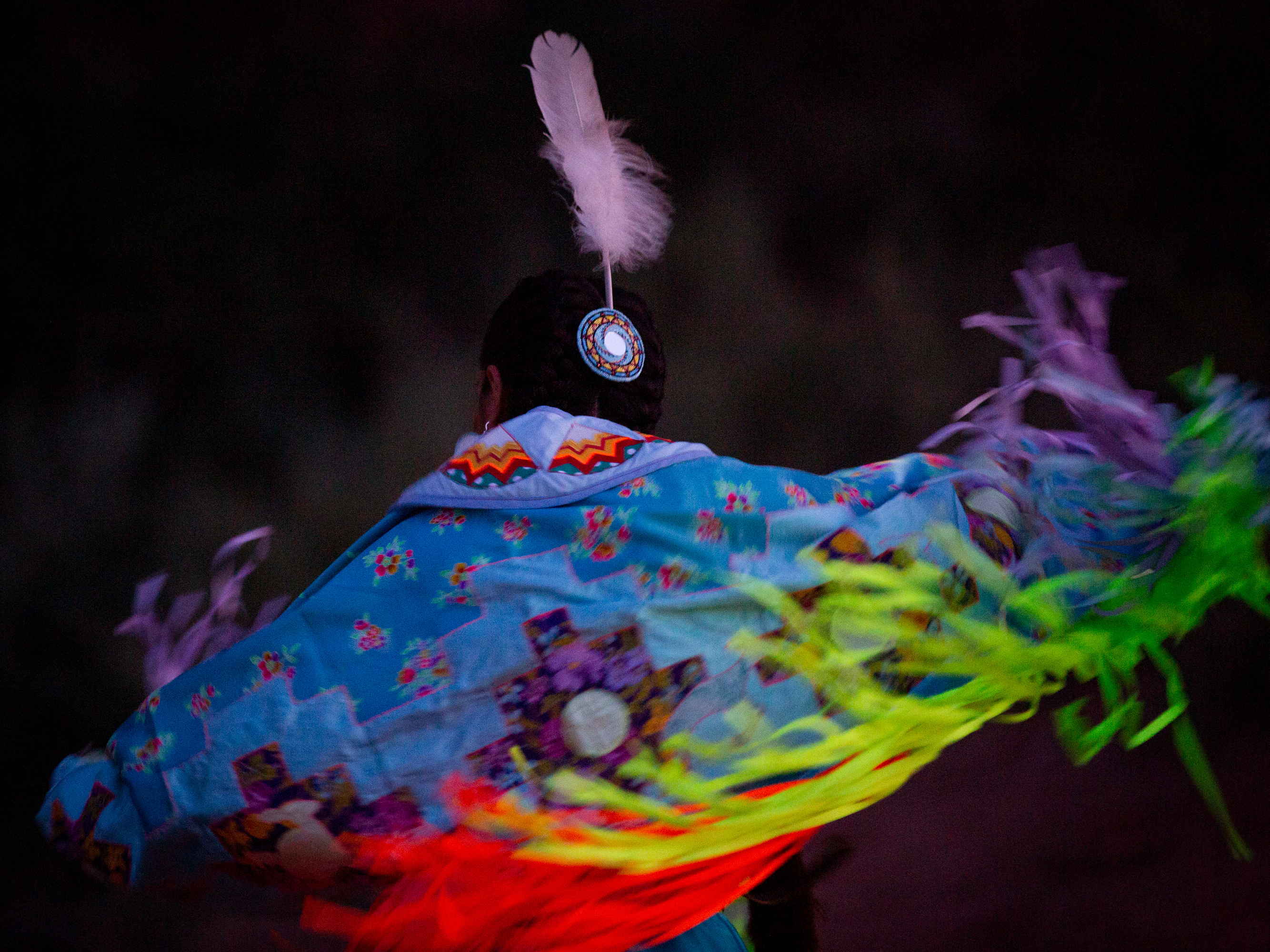 Yikanee Sampson fancy dances for a special, or dance competition, for a socially distant online powwow. 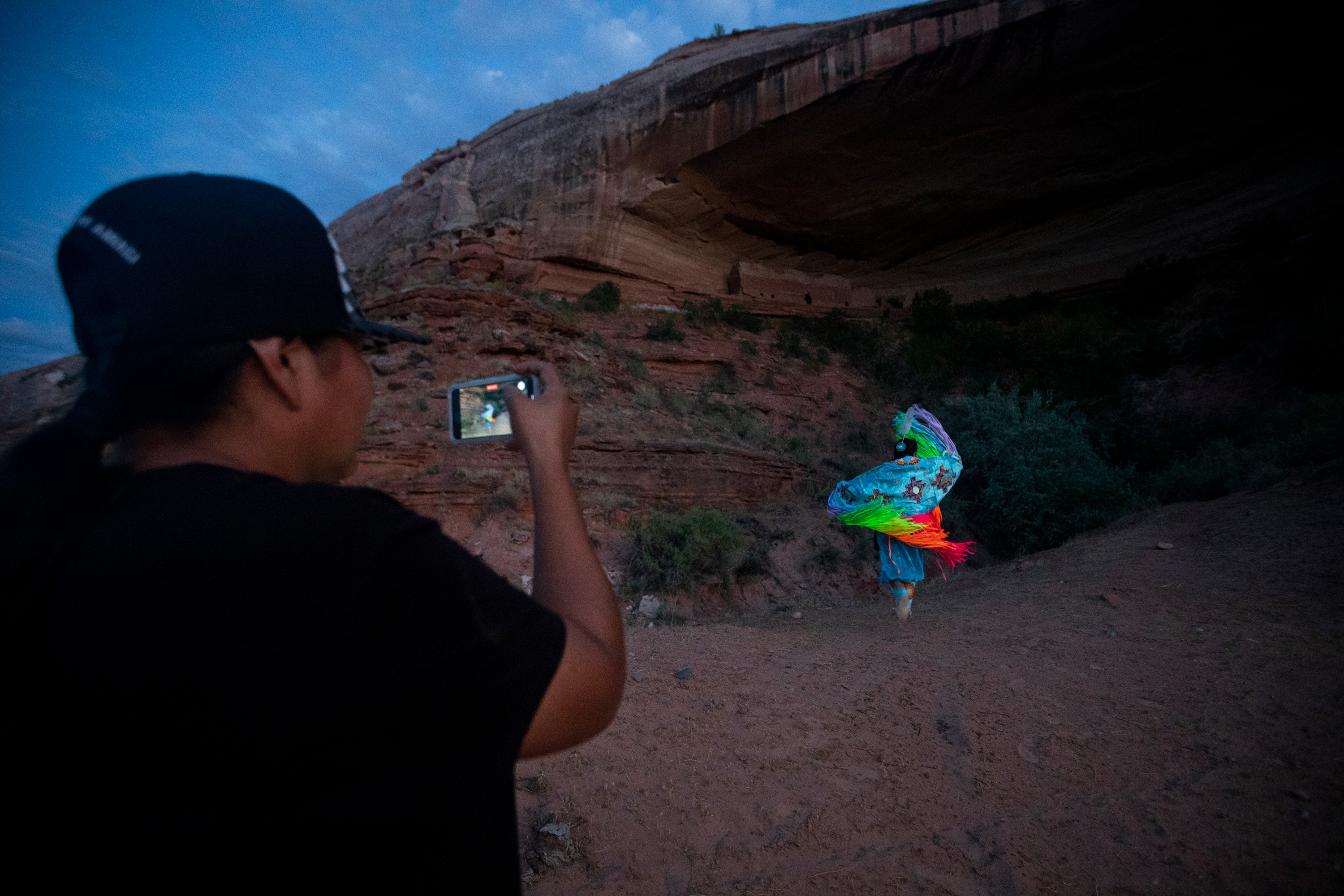 Azaan Sampson records her sister, Yikanee Sampson, for an online dance special. Dancers participating in the online powwows often record themselves dancing in front of beautiful landscapes to increase the “likes” their videos receive. 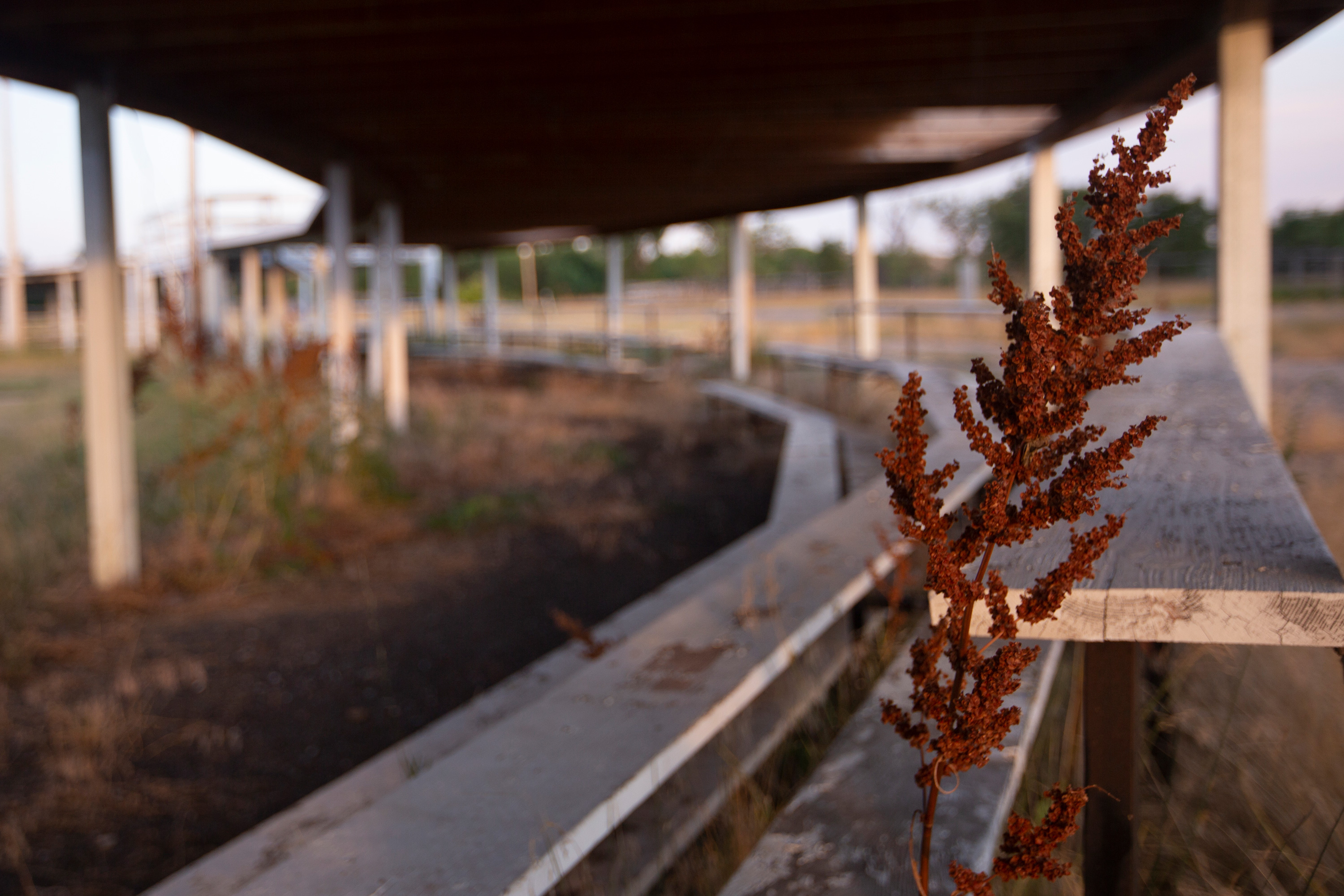 Overgrown weeds crowd the Crow Nation’s empty bleachers that surround the reservation’s powwow arena. The Crow Nation, along with many tribes, chose to cancel their annual powwow that usually draws thousands to the small town. 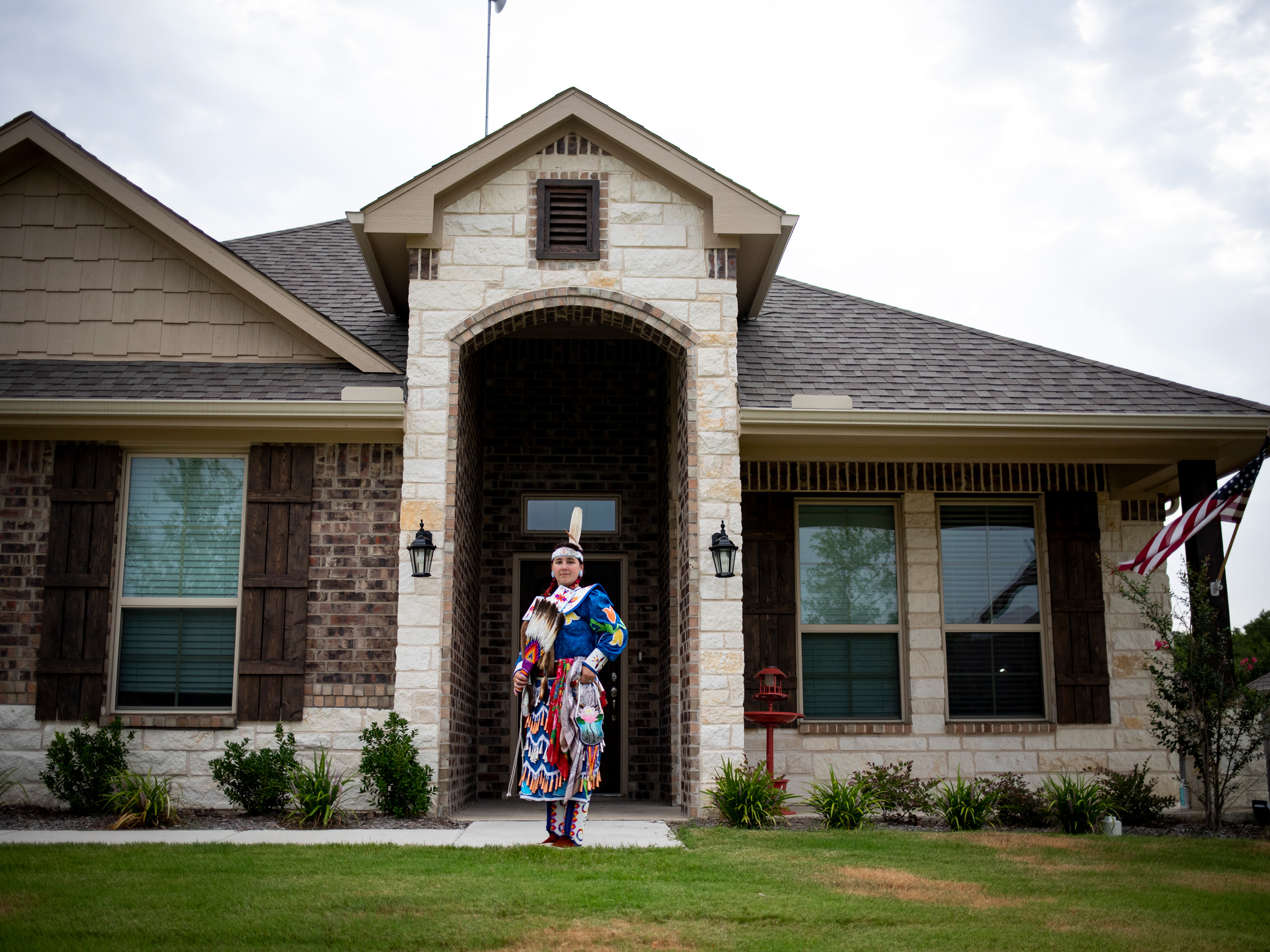 Stephanie Hebert stands in front of her home in Ennis, Texas. Herbert, affiliated with the Mi'kmaq nation, helped create a facebook presence called "The Social Distance Powwow," one of the virtual powwows found online. 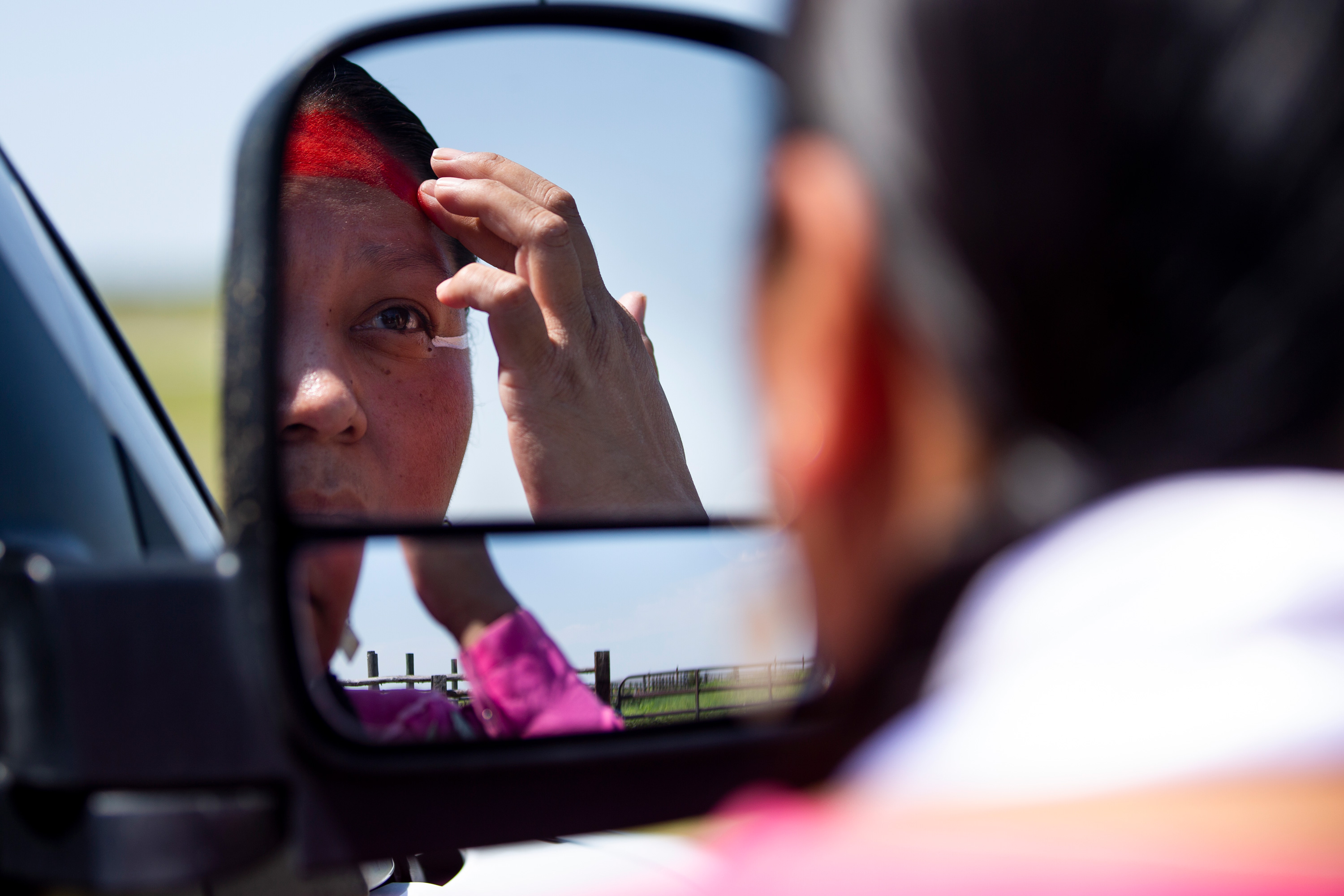 December Arrow White, a member of the Shoshone Bannock Tribes in Fort Hall, Idaho, paints her face in her van mirror before recording a dancing video for an online powwow competition. Before the pandemic, Arrow White would spend the summer in the van traveling to powwows across the country with her family. Since the virus, she records dancing videos with her daughter and mother to fill the void. “It gives us something to look forward to. We love spending the time together even if it takes us longer to get ready then it does to film the videos.” 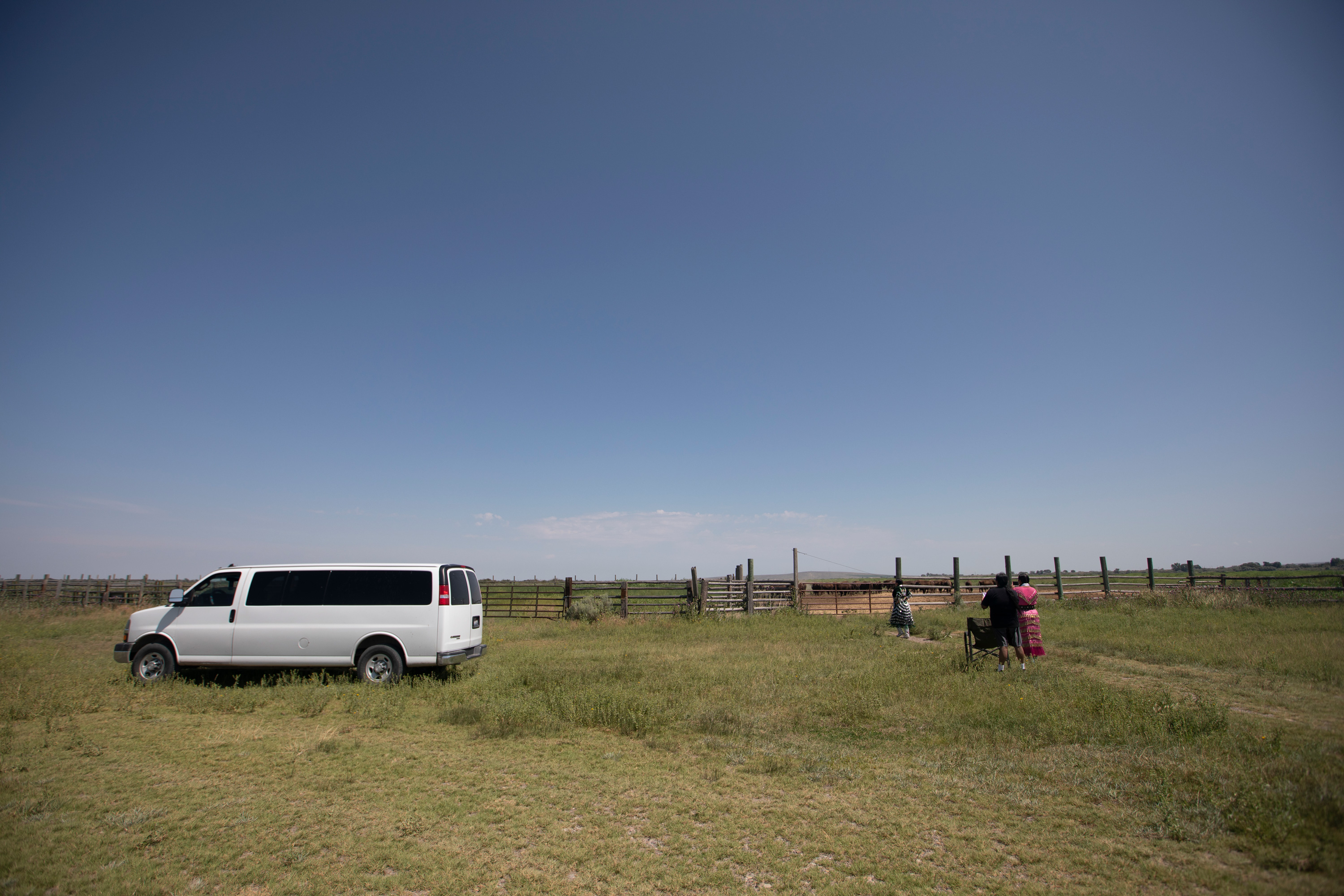 December Arrow White, her daughter Ontaria, and mother Sandra Plenty Wounds, all members of the Shoshone Bannock Tribes in Fort Hall, Idaho, record a dancing video for an online powwow competition. They usually spend every summer traveling across the country competing in powwows but this year, with the cancelations of powwows, they use making videos for virtual powwows as a substitute. “Usually in the summers we eat, sleep and breathe together. For us, as a family this gives us a chance to enjoy being together.” 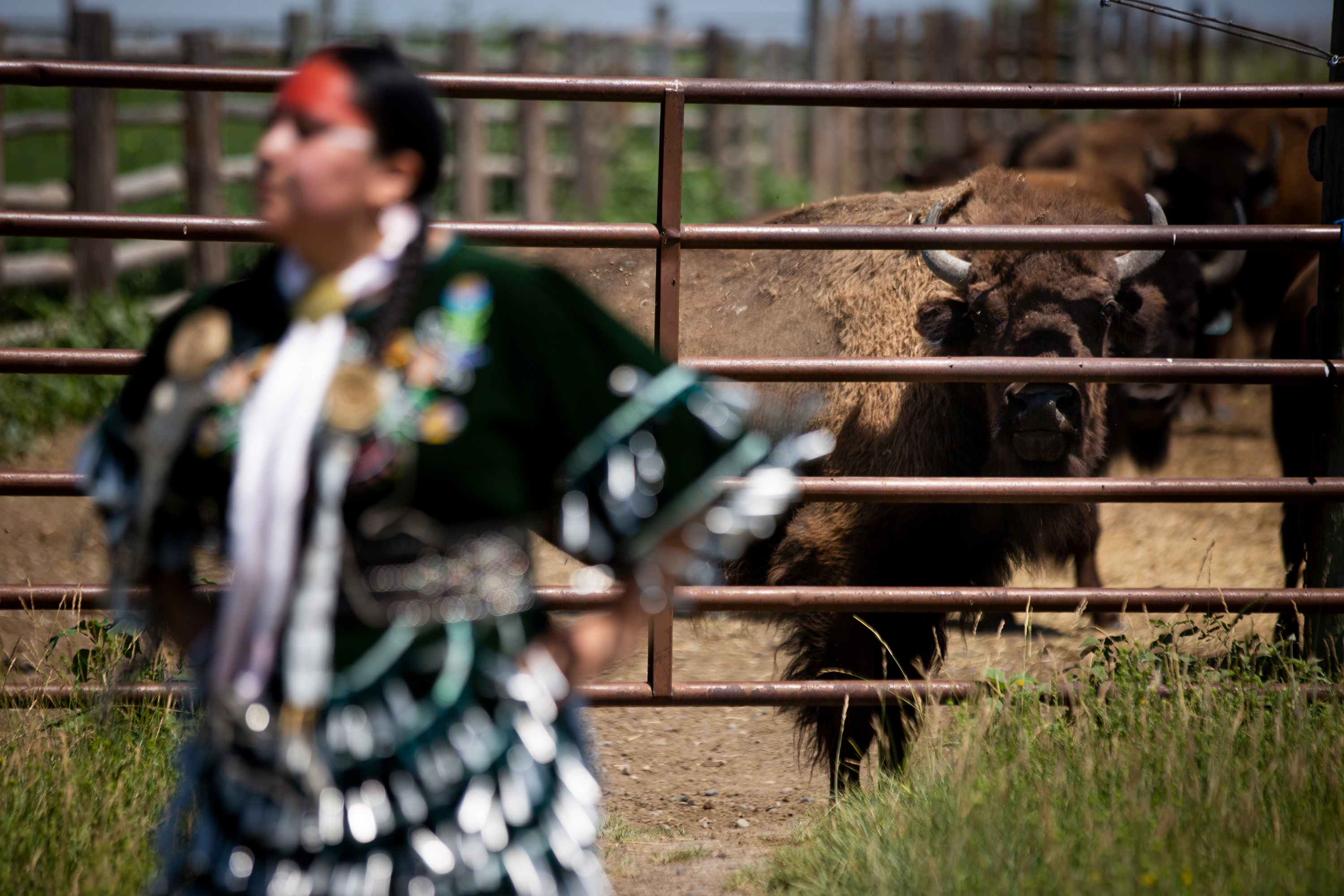 Ontario Arrow White dances in front of buffalo in Fort Hall, Idaho. For the online powwows, dancers choose to record themselves dancing in front of places and things that will bring more attention and likes to their videos. 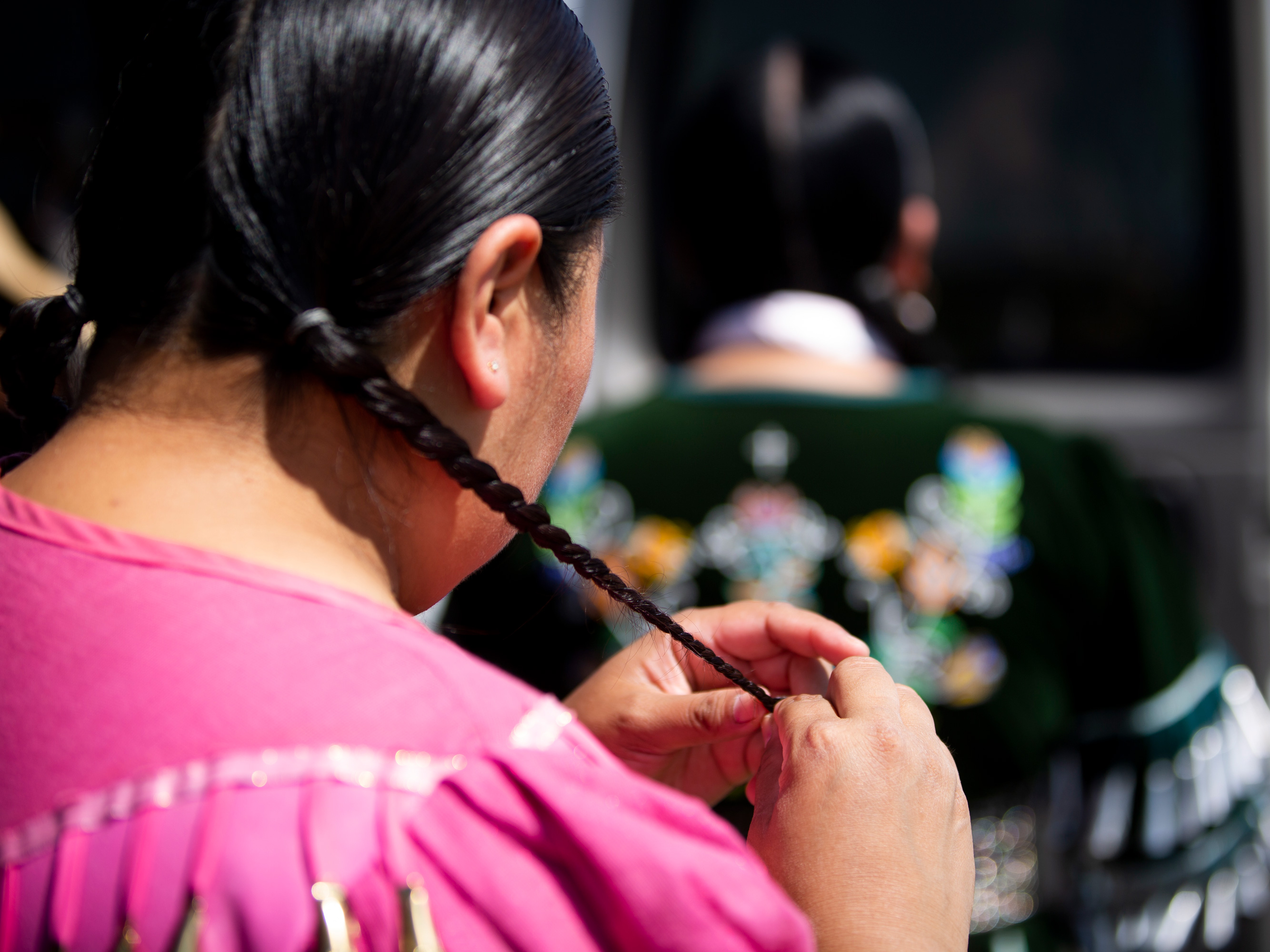 December Arrow White and her daughter, Ontaria, braid their hair before recording a video for an online powwow submission. 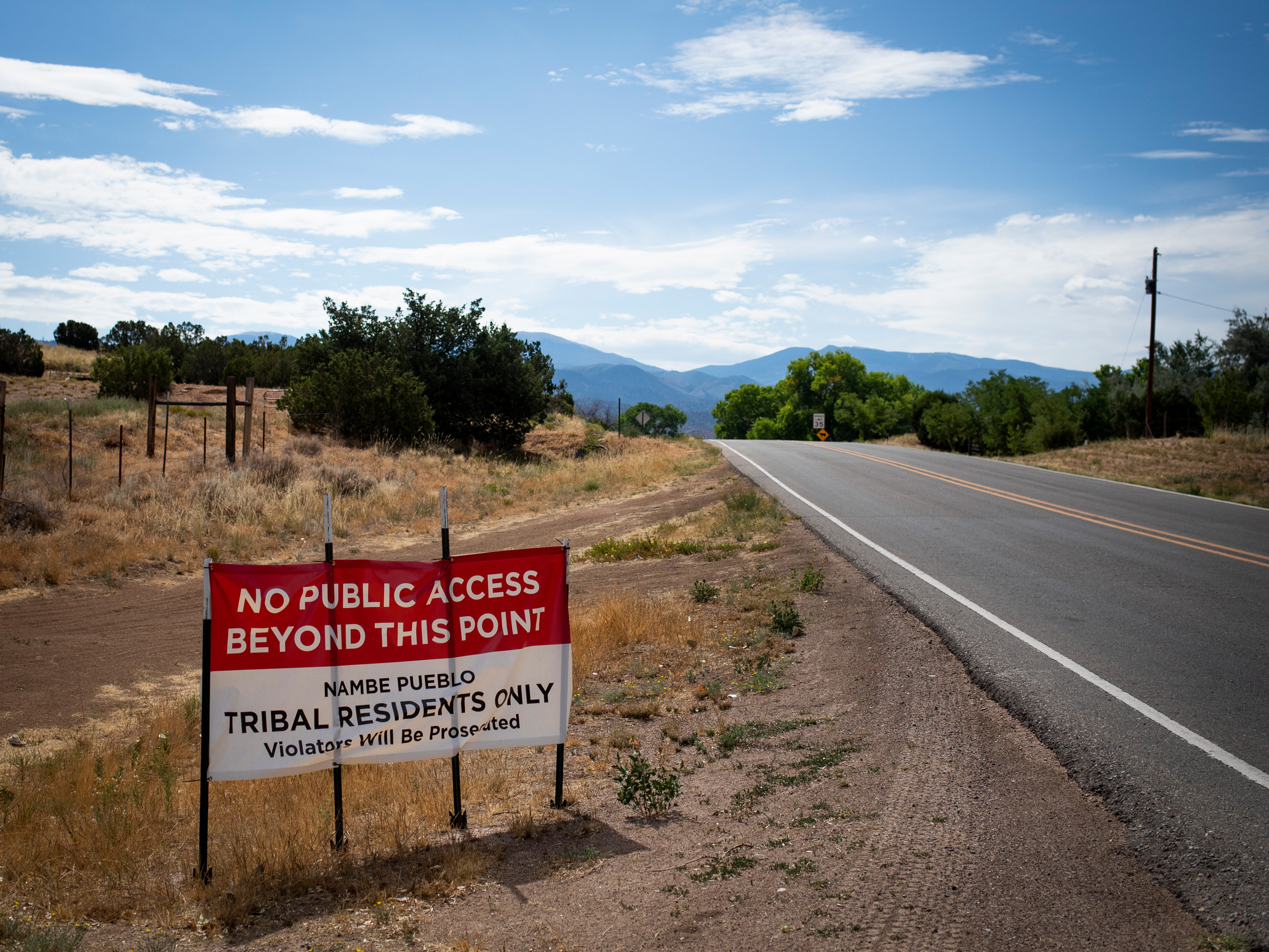 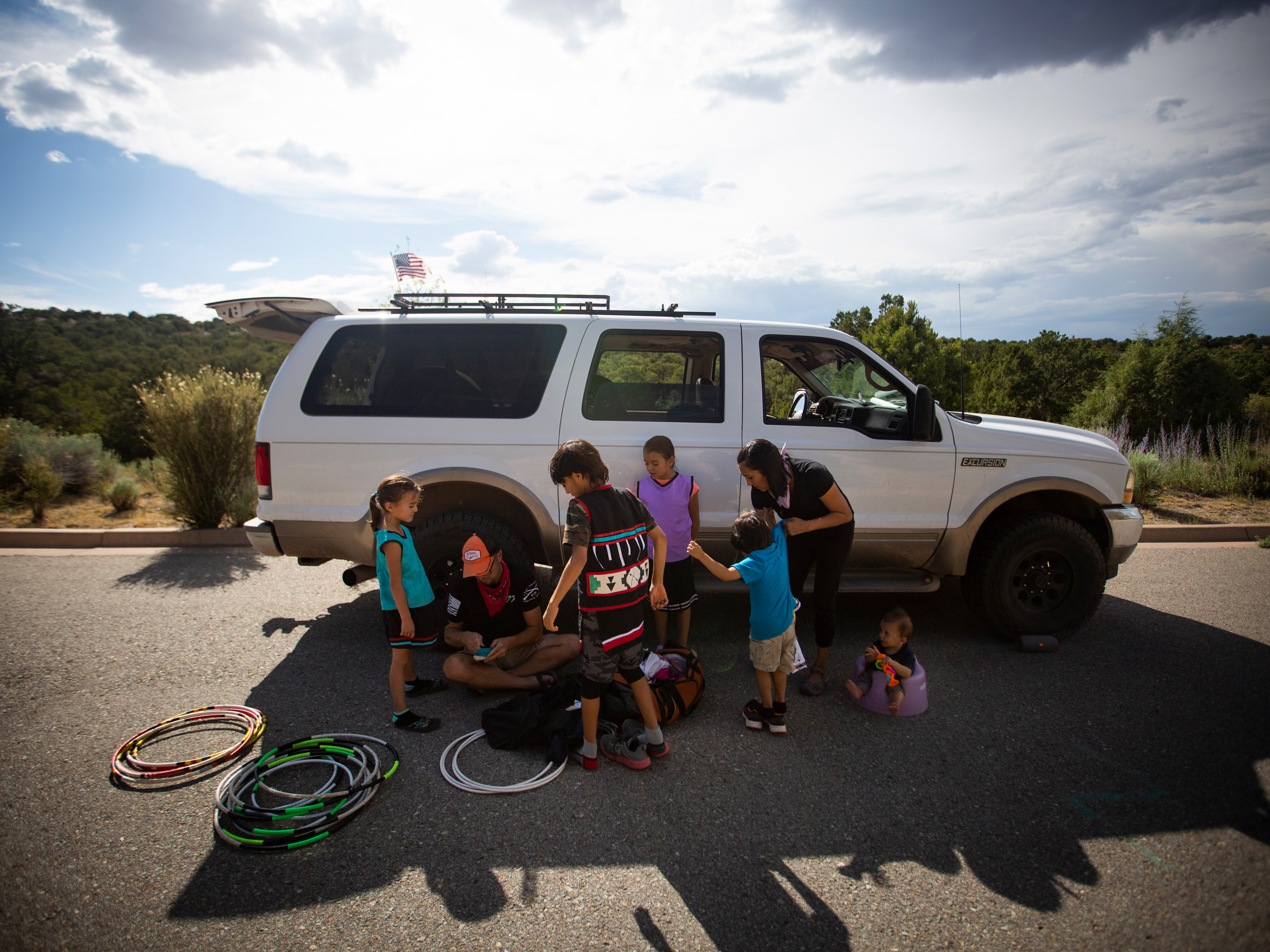 The Ulibarrí family uses the shade of their vehicle to change into their regalia. The family traveled to the outskirts of Sante Fe, New Mexico, to find a scenic background for their hoop dancing video. 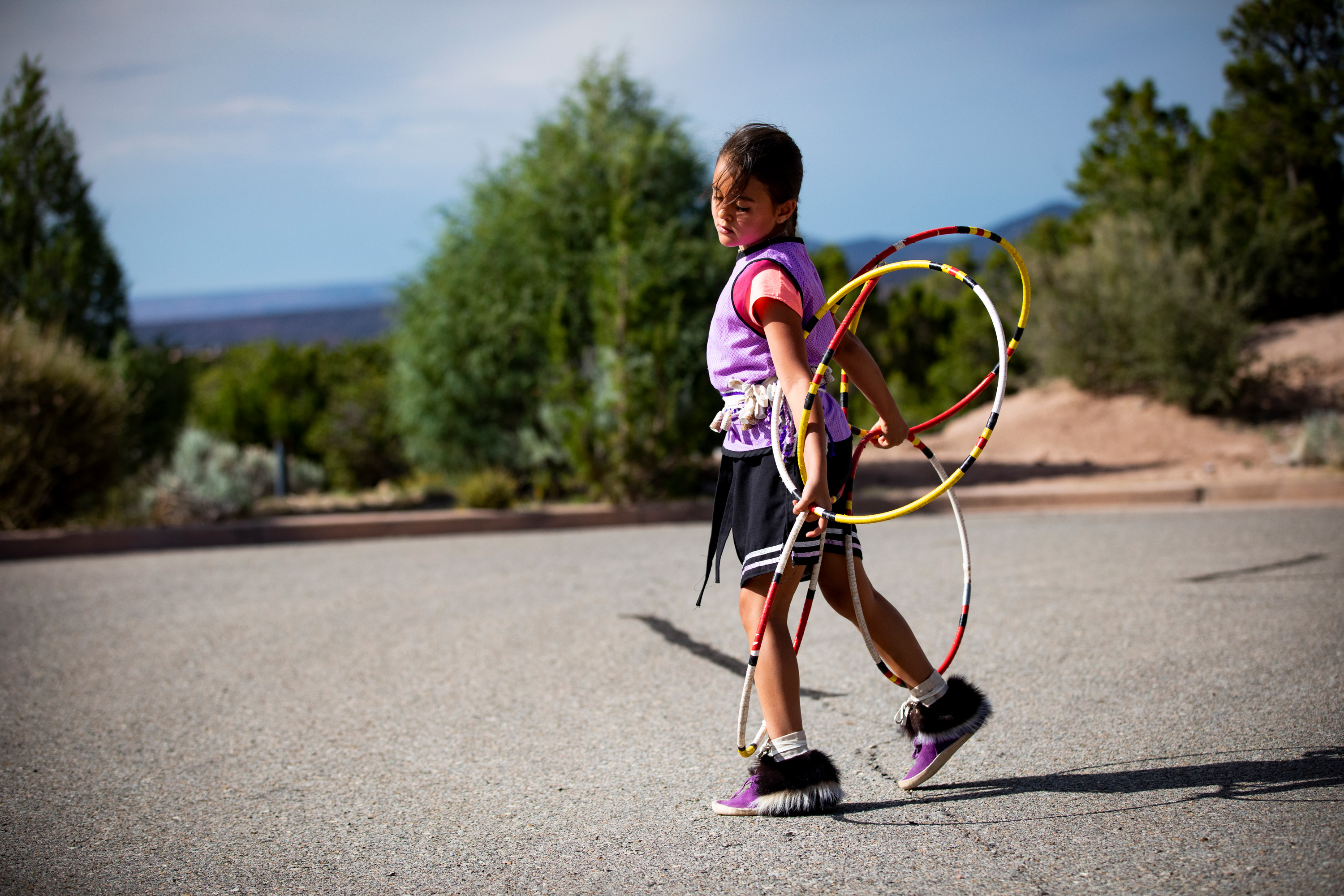 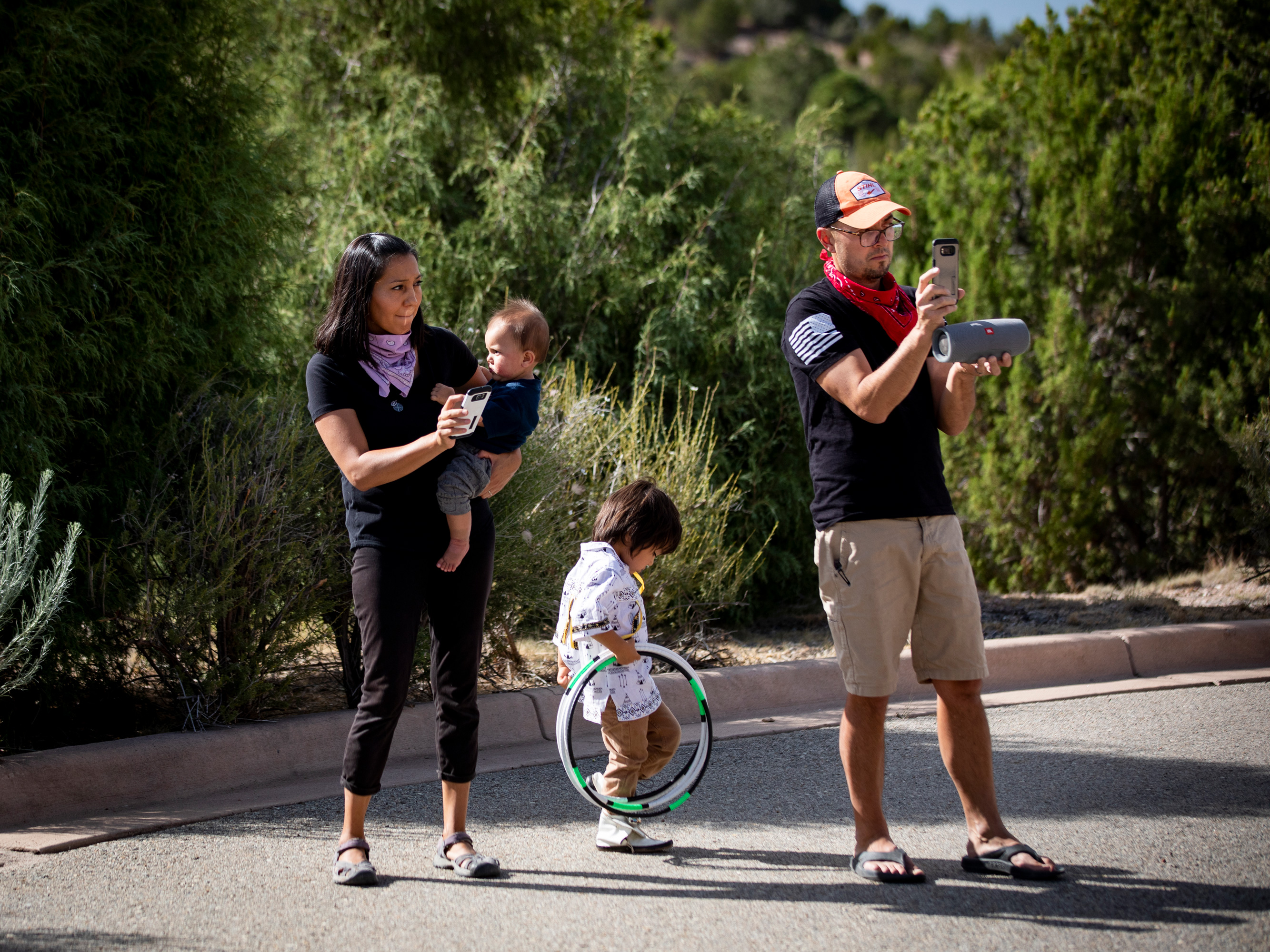 Nadine and Eric Ulibarrí record their children dancing for a video dedicated to their late dance teacher Nakotah LaRance. LaRance, a nationally acclaimed world champion Hopi-Tewa hoop dancer, died while rock climbing a week earlier. “He was a great teacher, patient and generous. He was willing to teach these children everything.” 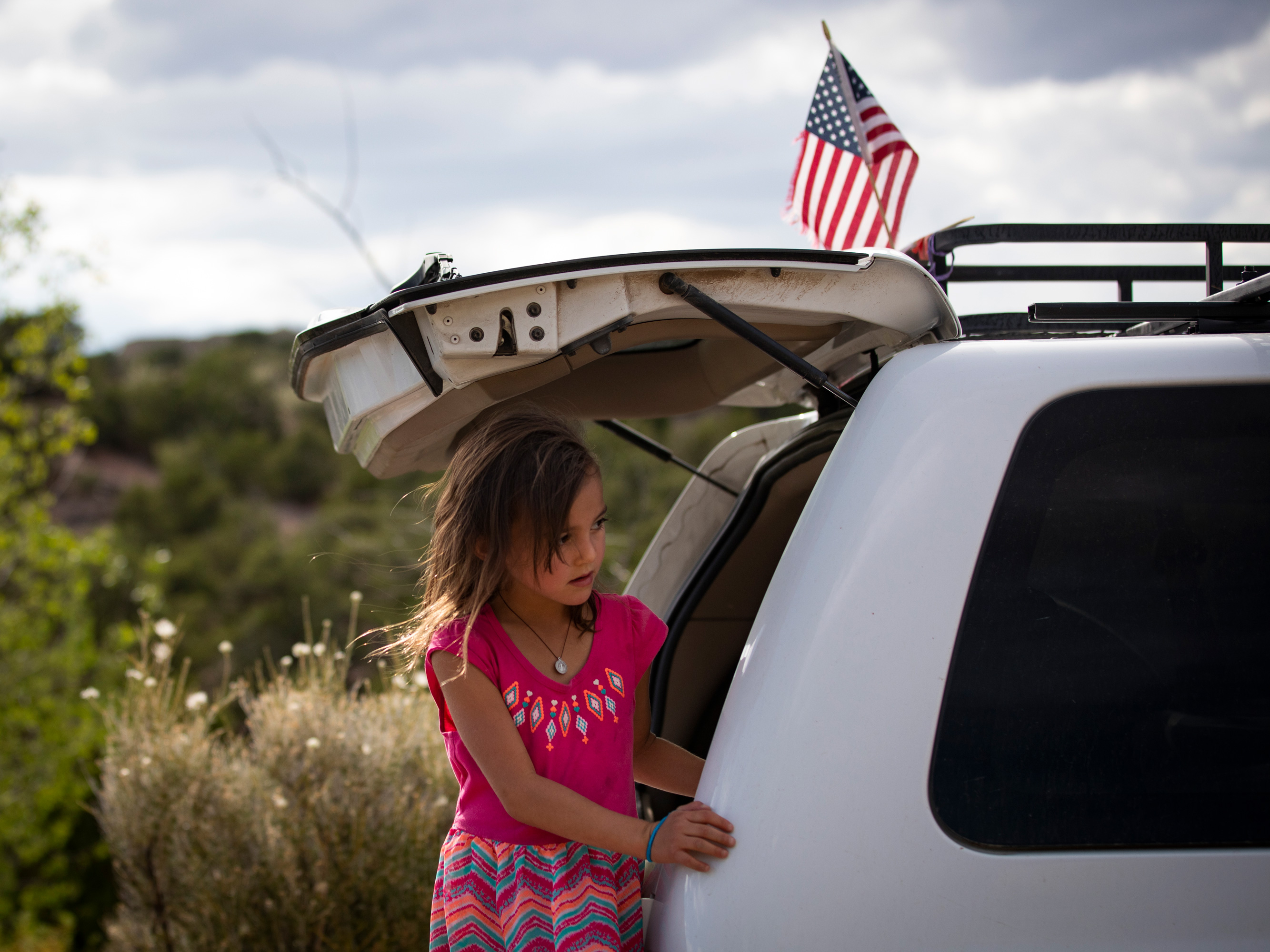 Therese Ulibarrí watches her family load the car after recording the video for the virtual powwow. The children began learning to hoop dance last year. This summer their performances were canceled. “We got to dance one time before the pandemic shut it down. The kids were dying to dance and these videos gave them a chance to show what they’ve learned.” 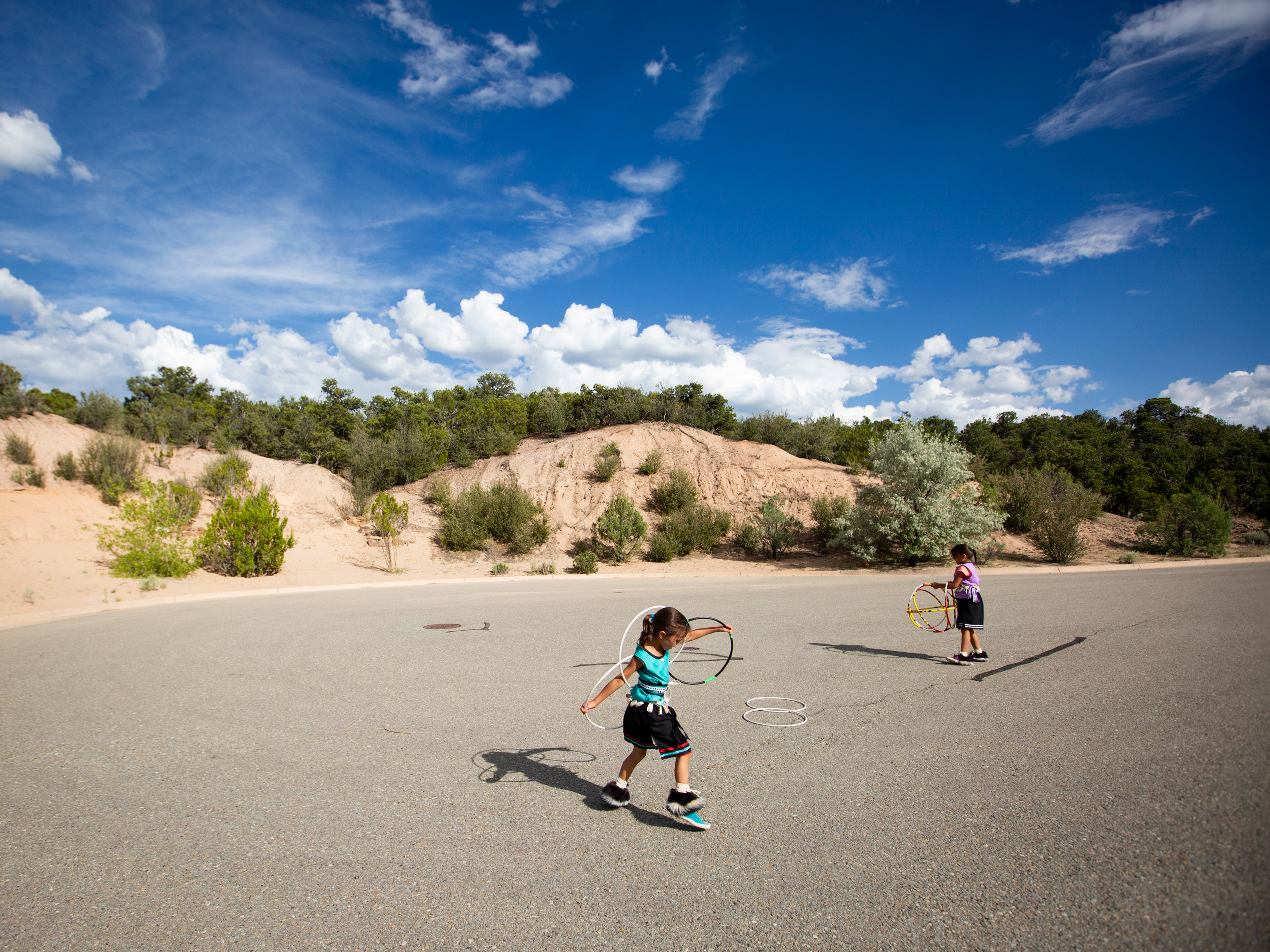 The children began learning to hoop dance last year. This summer their performances were canceled. “We got to dance one time before the pandemic shut it down. The kids were dying to dance and these videos gave them a chance to show what they’ve learned.” 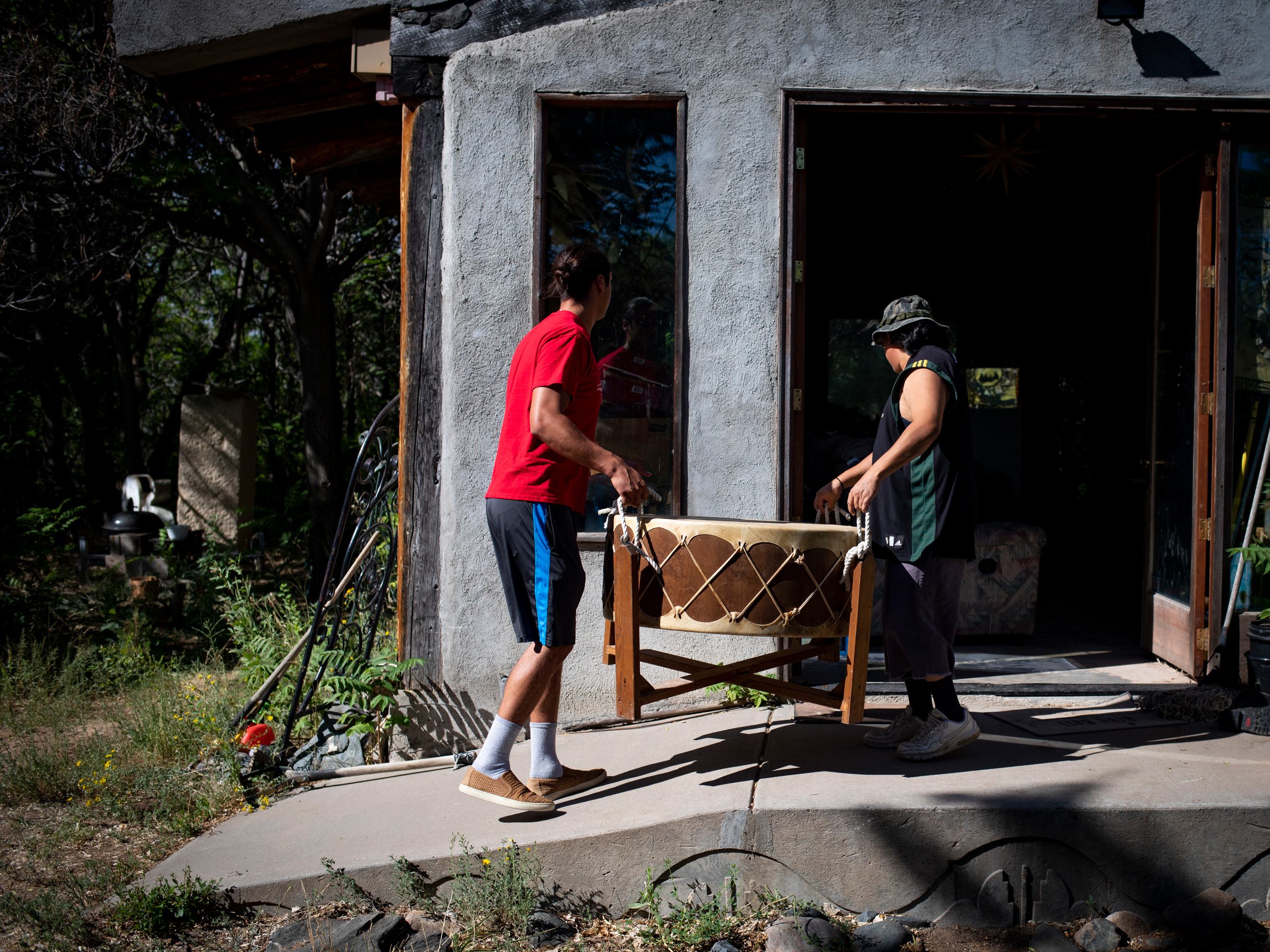 Edwin Felter and Ernest Miracle haul a drum out of storage to sing for a video for the social distant powwow. 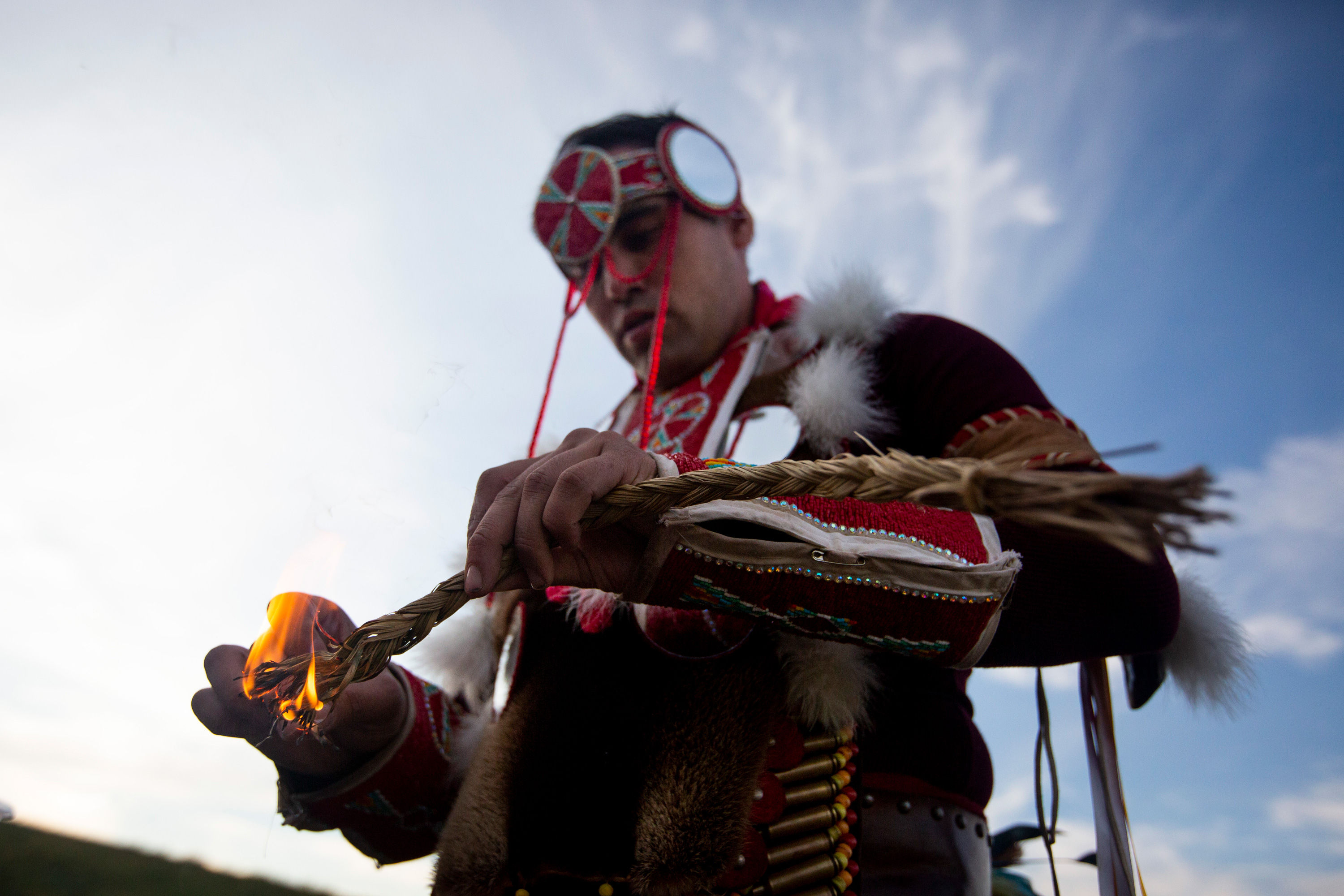 Joe Upham burns sweetgrass before he dances. Upham usually spends the summer traveling to powwows and competing in the Chicken Dance category. During the pandemic, with all the powwows canceled, Upham said he misses the social aspect the most. “It was always good to see people I haven’t seen in a long time. I get to see them and be in a place where we’re all doing what we love. It just makes your heart happy.” 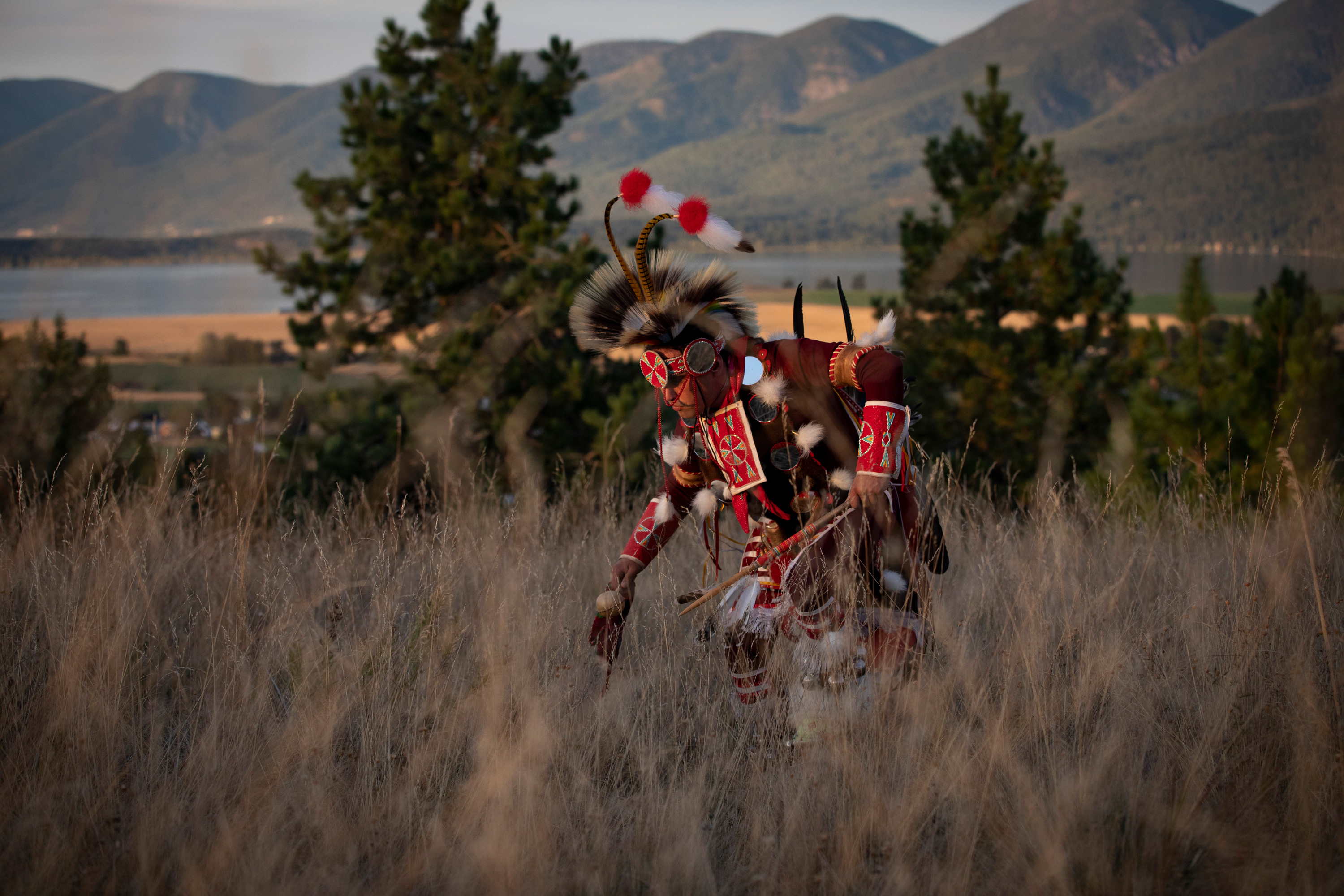 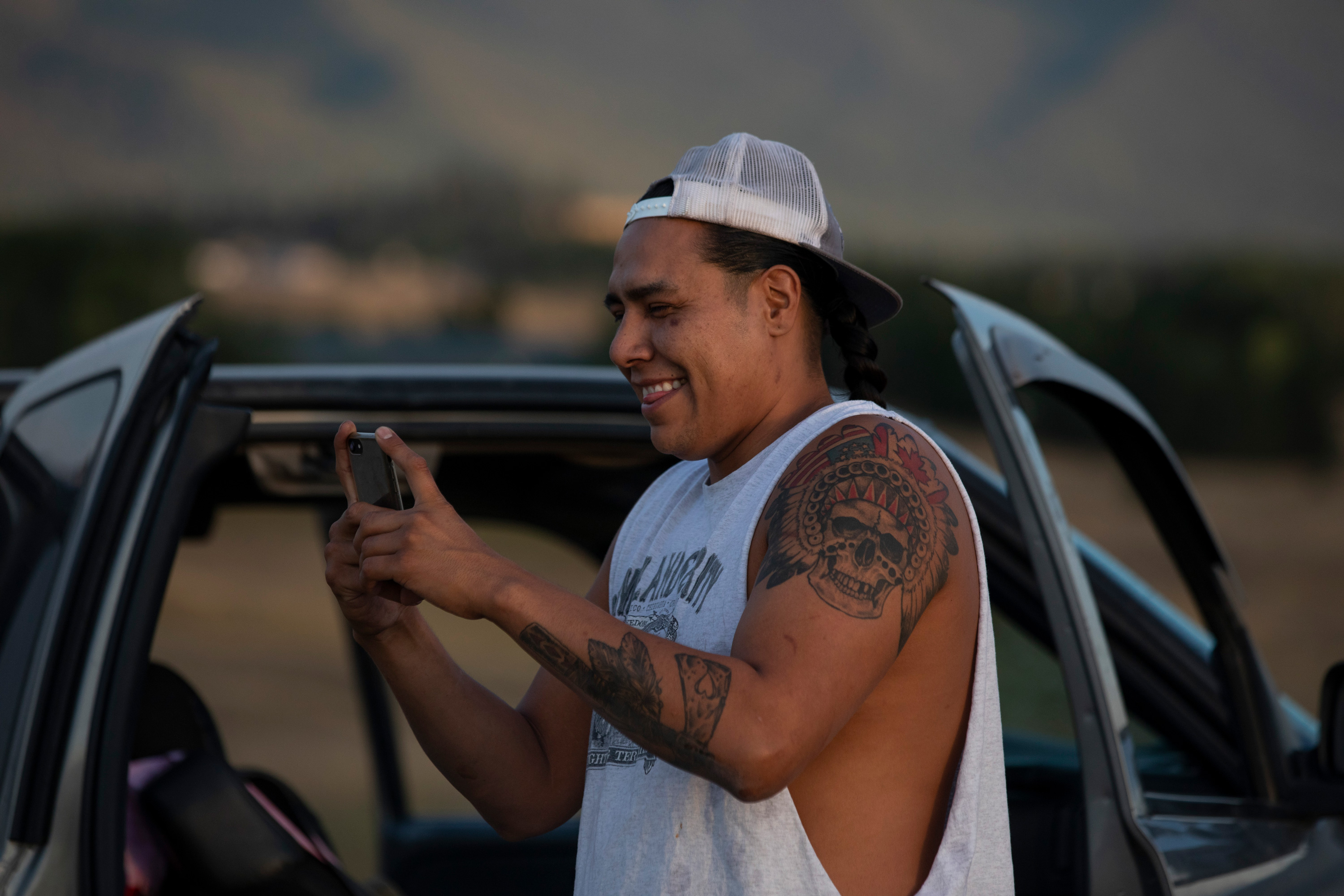 Sunsun Yellow Horn records Joe Upham dancing. Upham said Yellow Horn was the one to convince him to participate in the virtual powwows. After a break up and a hard period in Upham’s life, Yellow Horn pushed him to dance in the first video. 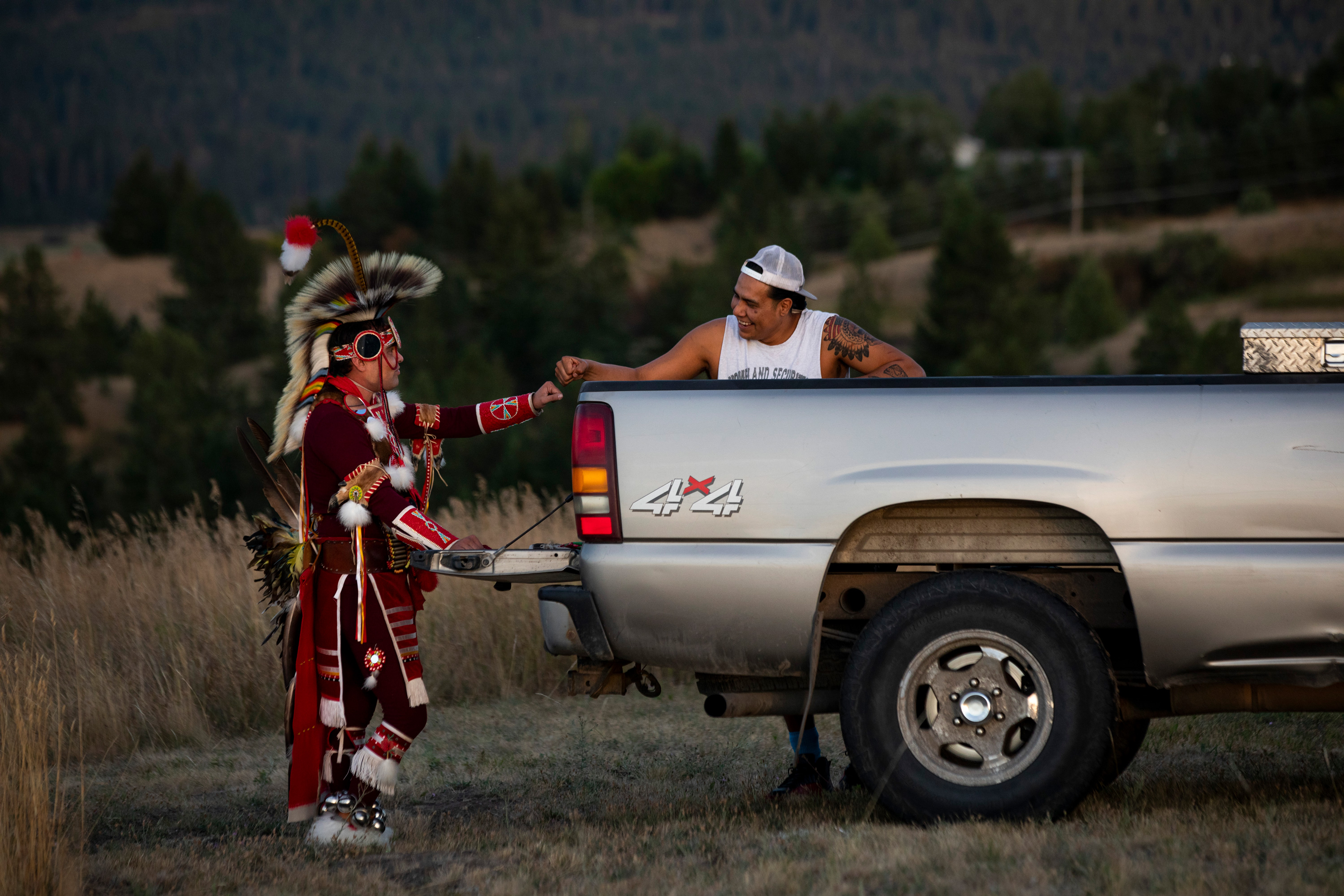 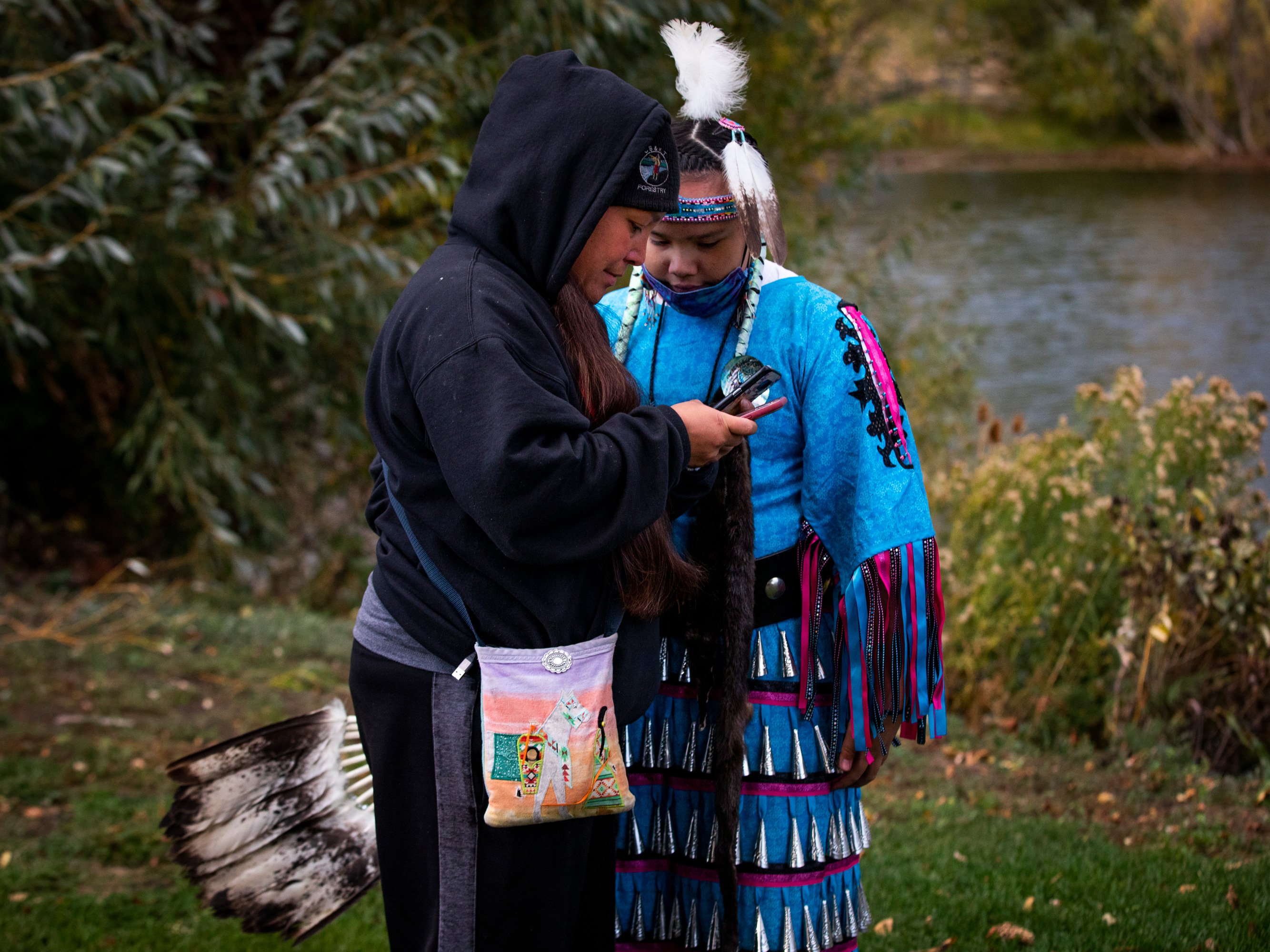 Gail Grant and her daughter Luli Brown check the video after Luli danced. Luli first posted to online powwows after family in Washington passed away. “We had already watched videos on the site of other people using dance to heal. We wanted to post a video and send it to our family since we couldn’t be with them during this time.” 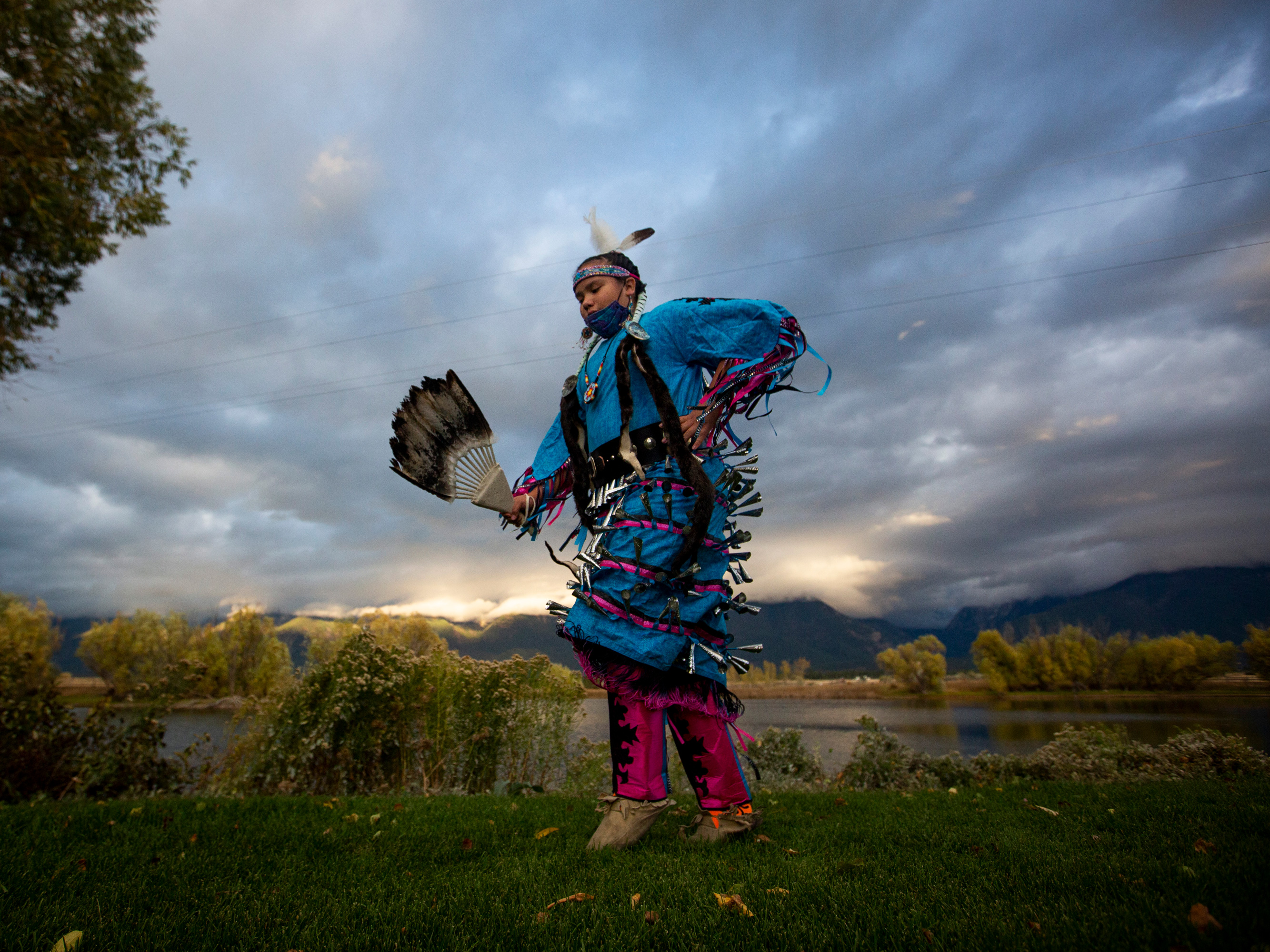 Luli Brown jingle dances in front of the Mission Mountains on the Flathead Indian Reservation. Luli travels with her grandparents to compete in powwows around Montana. She misses the food and her friends the most. Luli said she dances to provide a positive example for the youth. “It feels good to dance. To be there and seeing elders happy that you’re dancing. It’s special to be apart of it all.” 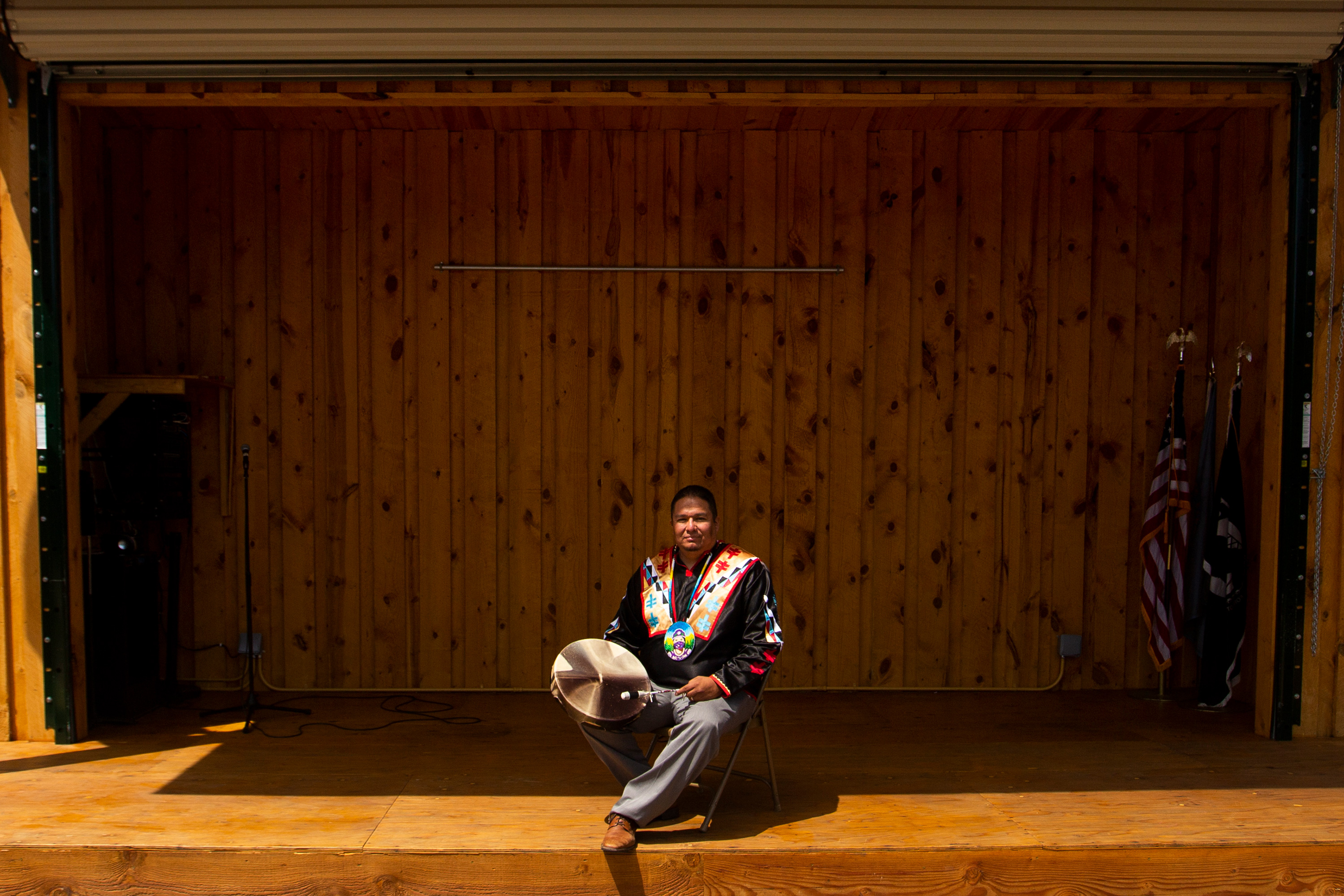 Whitney Rencountre, an emcee for the Social Distant Powwow, was brought on to help coordinate the competitions. 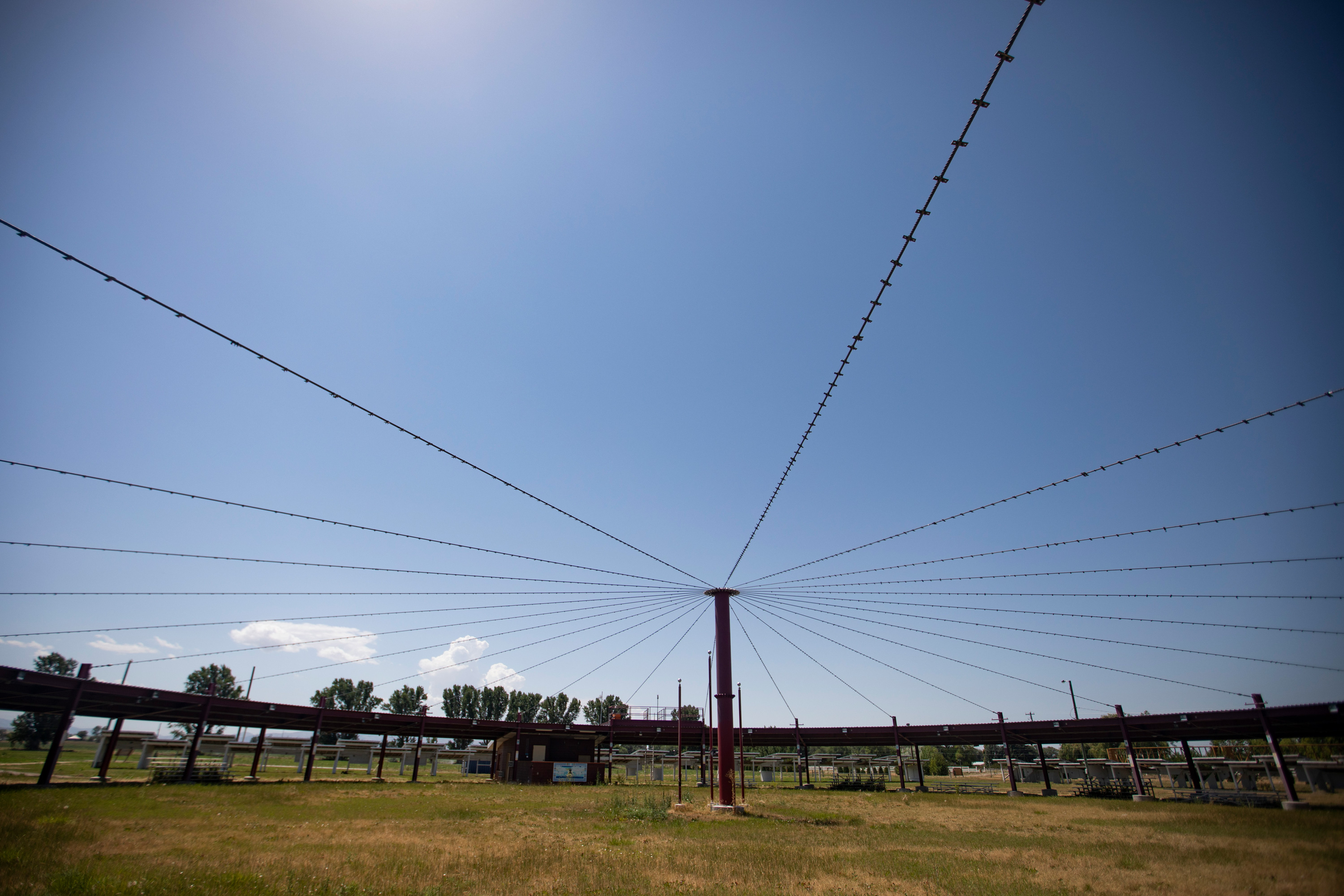 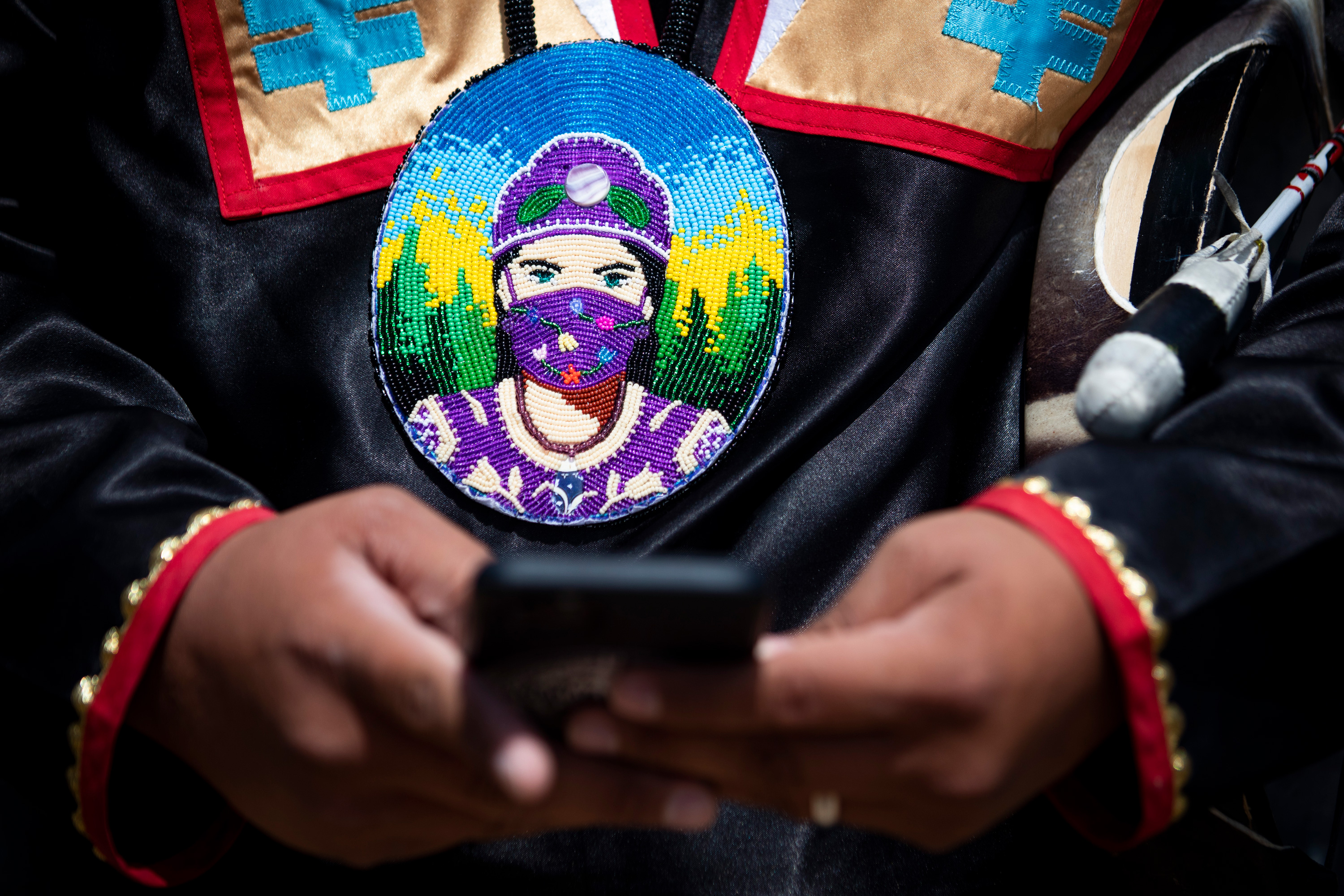 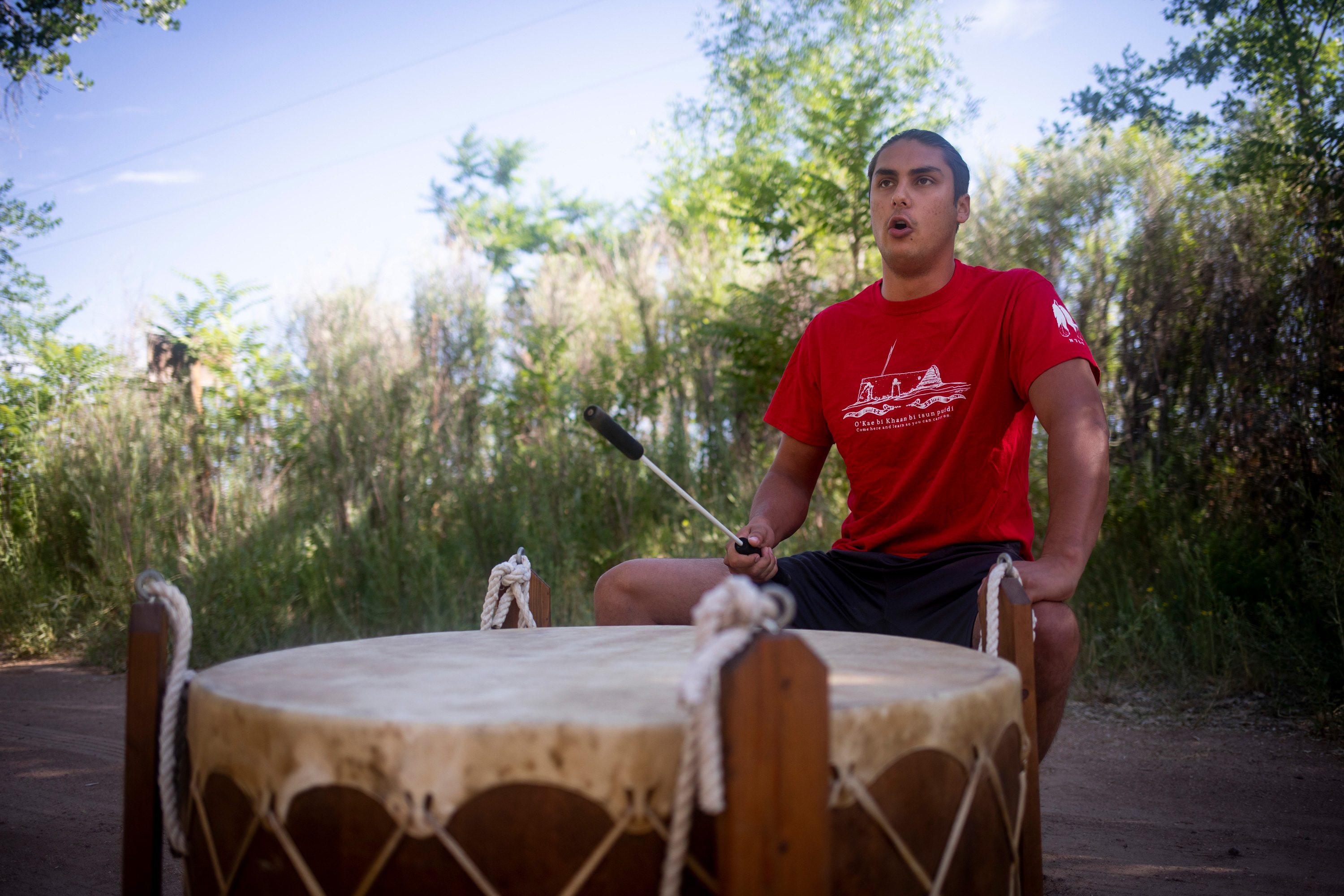