Will lives in Tahlequah, Oklahoma, but calls Marble City, OK, in Sequoyah County his hometown. He is Cherokee and San Felipe Pueblo Indian and grew up learning the Cherokee language, traditions and culture from his Cherokee mother and family. He also appreciates his father’s Pueblo culture and, when possible, attends annual traditional dances held on the San Felipe Reservation near Albuquerque, New Mexico. Will enjoys studying and writing about Cherokee history and culture and writing stories about Cherokee veterans. The most enjoyable part of writing for the Cherokee Phoenix for Will is having the opportunity to meet Cherokee people from all walks of life. He earned a mass communications degree in 1993 from Northeastern State University. He is a member of the Native American Journalists Association. Will has worked in the newspaper and public relations field for 26 years. He has been a reporter and a photographer for the Cherokee Phoenix for more than 21 years. He currently serves as an assistant editor for the Cherokee Phoenix. He took part in the inaugural “Remember the Removal” bicycle ride in 1984 and again in 2017 as a mentor rider. 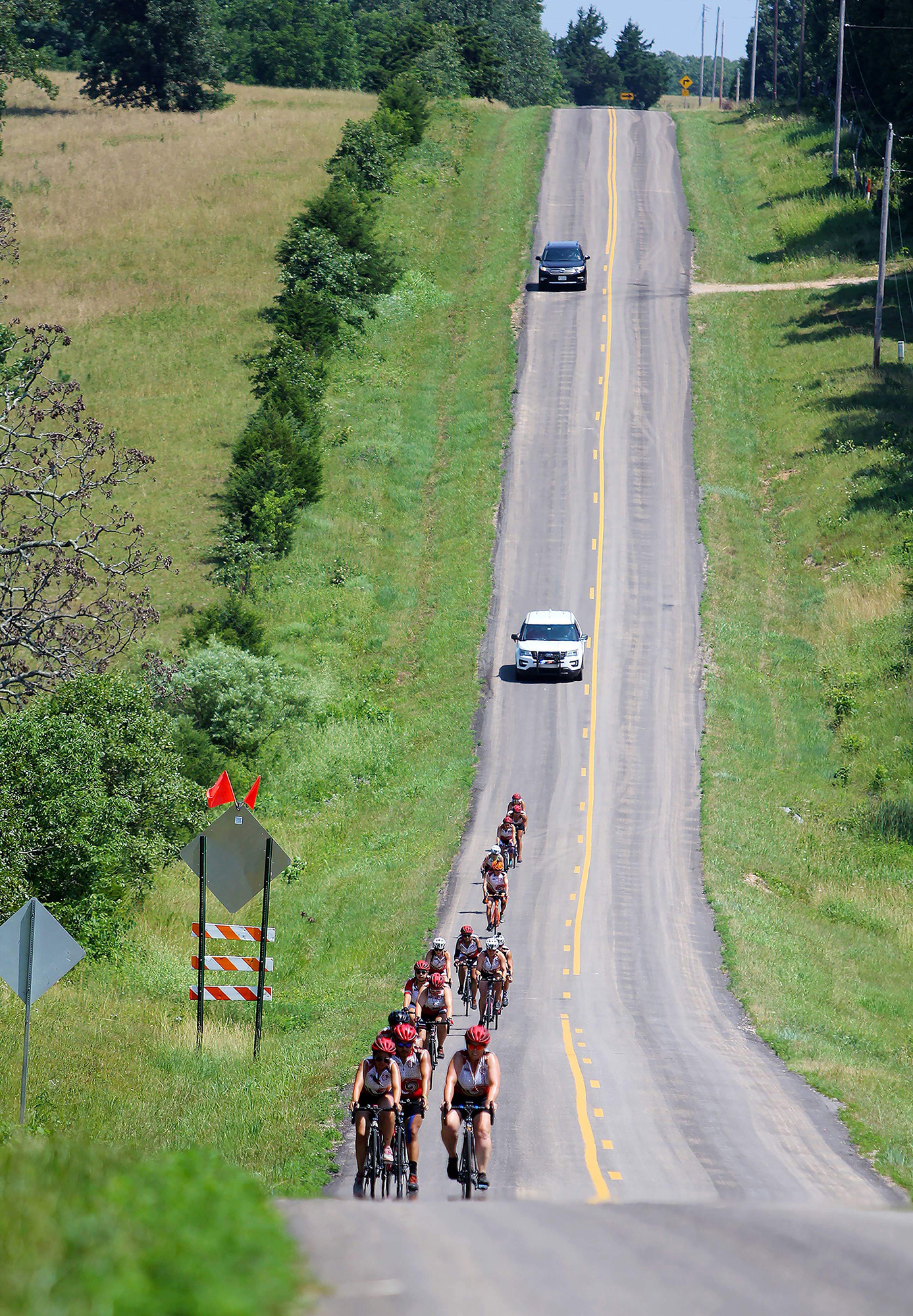 This photo is moving to me because the “Remember the Removal” bicycle ride means a lot to me. I have taken part in the nearly 1,000-mile ride twice, once as a 17-year-old and once as a 50-year-old. The ride serves to honor our Cherokee ancestors who made the journey from their Southeastern homelands to Indian Territory, now Oklahoma. My three oldest children have done the ride. The photo I chose shows the difficulty of the ride because the Cherokee cyclists climb hill after hill riding 40 to 75 miles a day for three weeks in June. In the photo I chose, my daughter Emilee is leading the group on one of the most difficult days of the ride in Missouri in 2018, and I believe it encompasses the difficulty of the ride and the riders’ dedication to honoring their ancestors.
Share
                
ALL PHOTOGRAPHERS