Tailyr Irvine is a Salish and Kootenai photojournalist born and raised on the Flathead Indian Reservation in western Montana. She graduated from the University of Montana with a bachelor’s degree in journalism in 2018. Her work focuses on providing in-depth representations of the lives and complex issues within the diverse communities that make up Native America. Irvine worked in newsrooms across the United States before beginning her career as an independent photojournalist and documentary photographer in 2019. 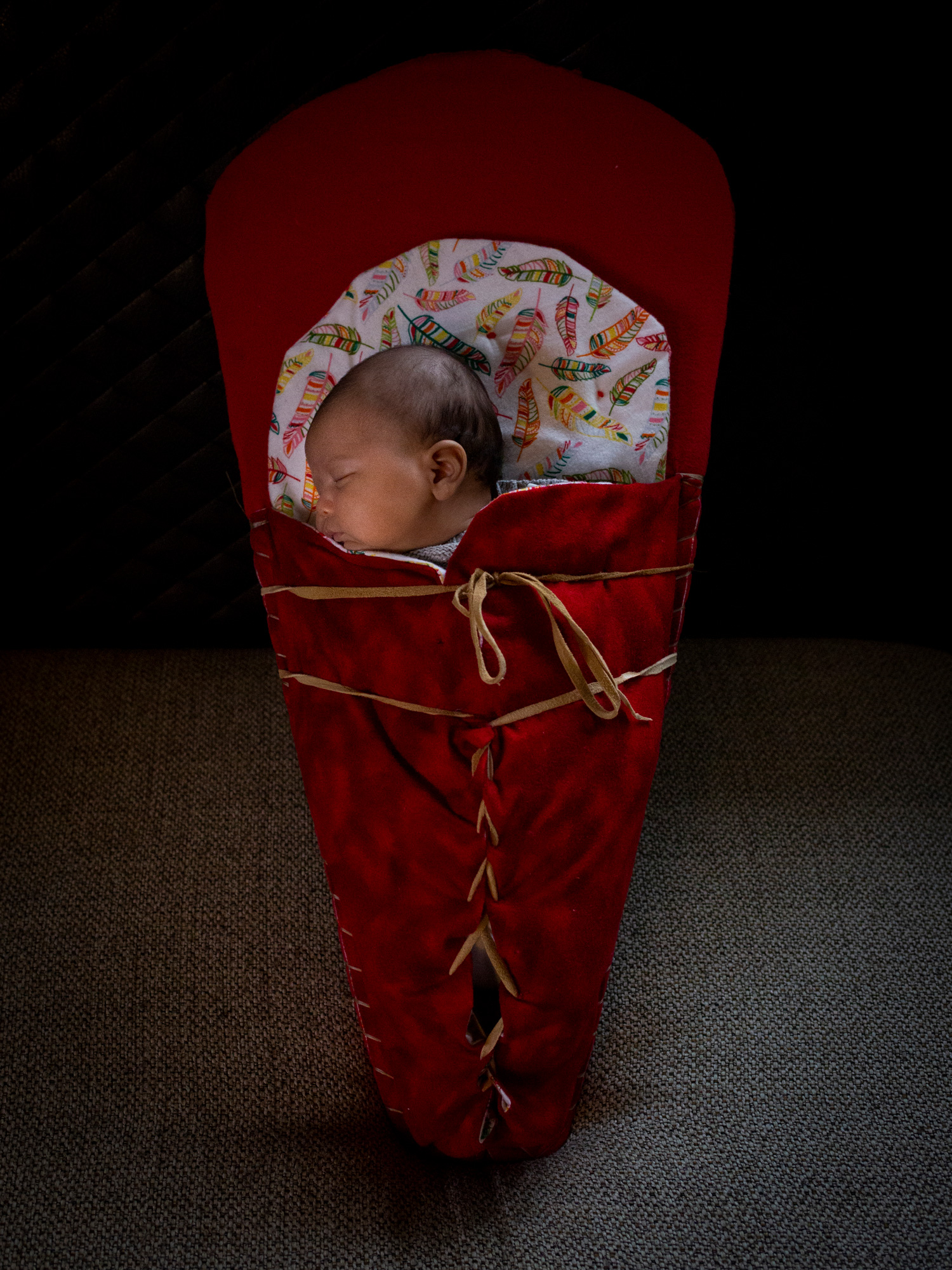 Prairie Cocowee Antoine sleeps in a cradleboard her maternal grandmother made for her. Prairie’s middle name, Cocowee, is the original last name of her mother’s family before in the early 1800s a Jesuit priest changed a relative’s first name to Antoine, which his children adopted as their last name. Her parents, Tiana Antoine and Nathan Drennan, decided that Prairie’s last name should be Antoine because they wanted their daughter’s name to reflect her family history; Drennan is the name of Nathan’s adopted mother and doesn’t reflect Salish and Kootenai culture.
Share
                
ALL PHOTOGRAPHERS