Kanyen'kehá:ka (Mohawk) from Kenhtè:ke (Tyendinaga Mohawk Territory, in Ontario) / Mohawks of the Bay of Quinte

Shelby Lisk is an Ottawa-based Kanyen’kehá:ka photographer, filmmaker, and journalist with roots in Kenhtè:ke (Tyendinaga Mohawk Territory, in Ontario). She is interested in exploring complicated contemporary issues enmeshed in Indigenous and mixed-race identity by pointing her camera inward as an artist and outward as a journalist. She works to capture people's intrinsic connection to culture, land (place), and one other – especially through stories of Indigenous people in Canada. She completed her degree in Fine Arts with a minor in Gender Studies at the University of Ottawa (2015) and a diploma in Photojournalism at Loyalist College (2019). Additionally, she has a certificate in Mohawk Language and Culture from Queen's University and Tsi Tyónnheht Onkwawén:na (2020) and continues to study and use her language every day. 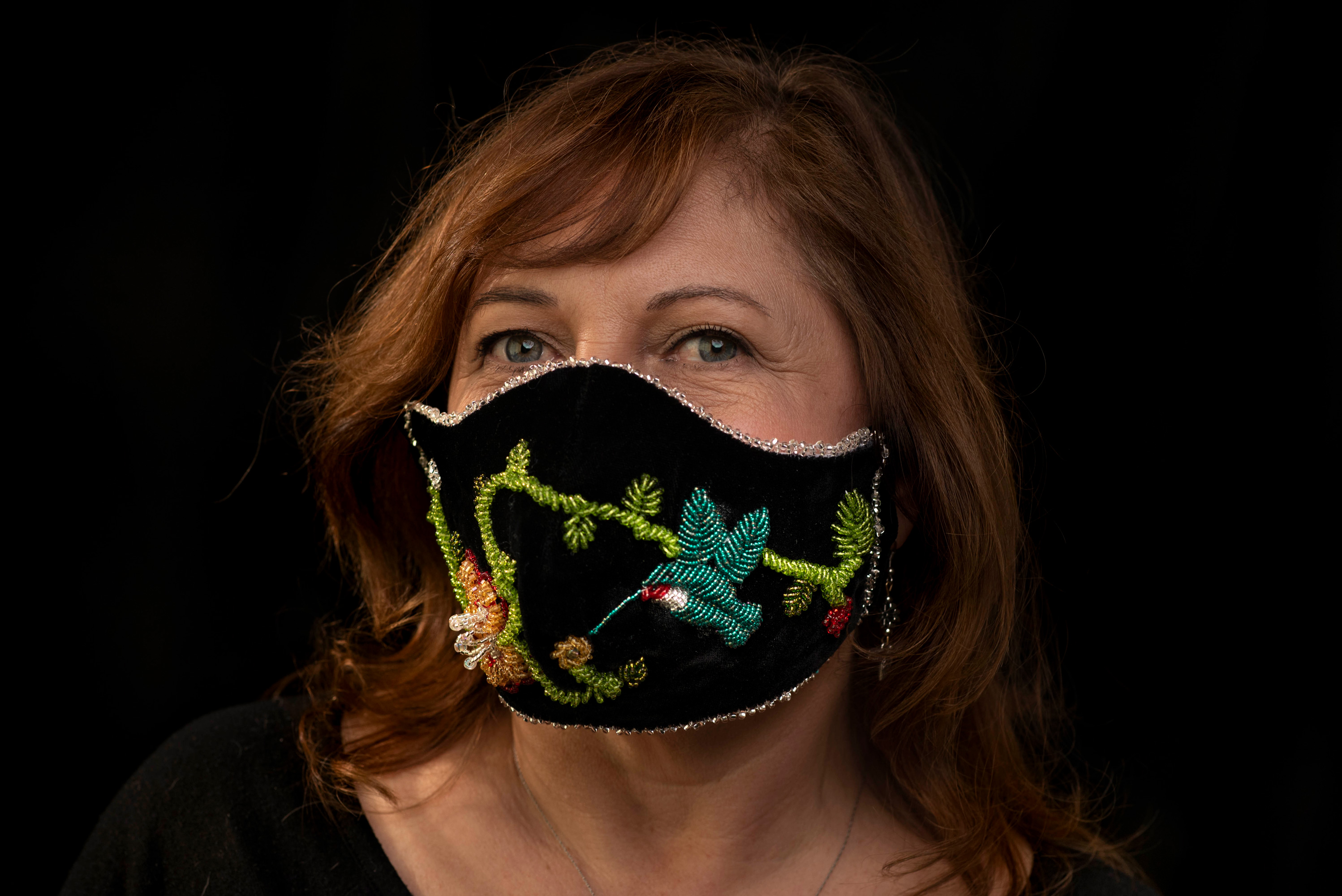 In December 2020 I went home to Tyendinaga Mohawk Territory to photograph some amazing women who created Rotinonhsyón:ni style beaded masks as a part of the Breathe challenge. This photo is of Callie Konwanonhsiyohstha Hill. Callie is a force of nature in our community. She does so much work to revitalize our language and culture and it was her idea to bring this challenge to Tyendinaga. Callie is Turtle Clan Mohawk from Tyendinaga Mohawk Territory. She has been beading on and off for 40 years, dabbling in free-hand, loom work, and raised beading. “My mask is based on traditional Rotinonhsyón:ni raised beadwork, which is the technique I am newest to but enjoy most," says Callie. “My late mother’s favourite bird was the hummingbird, and so this is a tribute to her. My paternal grandmother was a beader. I don’t know what techniques she favoured, but this piece is also in memory of her. I feel that I am carrying on a long-standing family tradition with my beading.”
Share
                
ALL PHOTOGRAPHERS