Russel Albert Daniels is a photographer based in Salt Lake City, Utah. His work concentrates on Native Americans’ resilience and identity as well as others’ attempts to erase their cultures. His projects about Two Spirit culturally specific gender issues, the controversies over protecting Bears Ears National Monument, missing and murdered Indigenous women and girls, and the Dakota Access Pipeline protests near the Standing Rock Indian Reservation in North Dakota, have helped bring forward critical conversations from Indian Country. Daniels says: “My work is an act of self-discovery of my Diné, Ho-Chunk, Mormon settler, and European heritage. In the mid-1840s, White River Ute people abducted my great-great Diné grandma Rose when she was five years old. After years in bondage, the Ute traded her to Aaron Daniels, a polygamist Mormon frontiersman. She spent time as a servant within his different households. Decades later, he and Rose married and had four children. The family enrolled in the Northern Ute tribe in northeastern Utah. The enduring legacy of human trafficking and white supremacy over Native Americans is frequently ignored by Anglo America. I use storytelling to shine a light on the disenfranchisement this ignorance causes.” 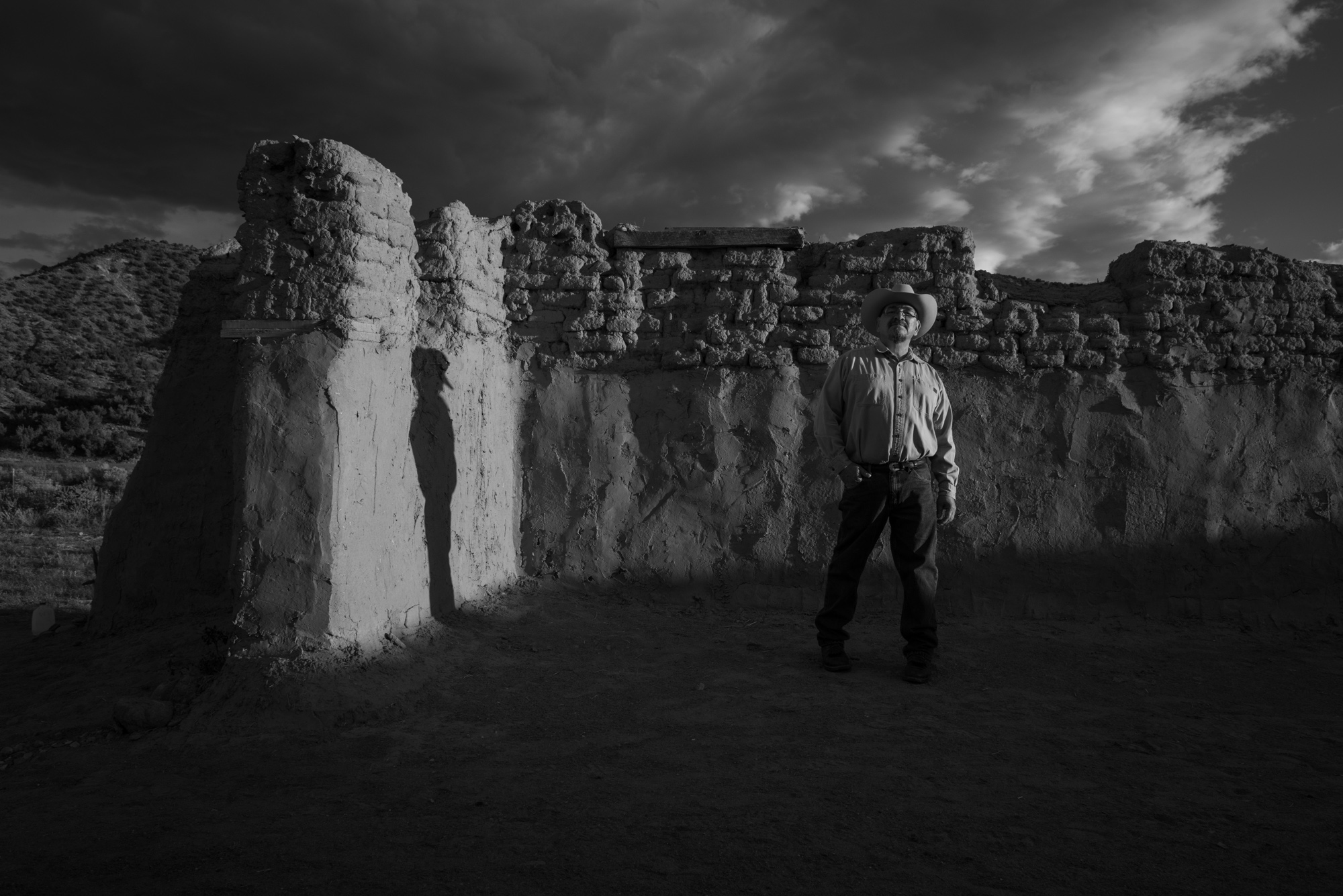 “Delvin Garcia Standing in Remains of the Santa Rosa de Lima Church.” Sections of church walls are all that remain of the 18th-century Spanish colonial settlement Santa Rosa de Lima. Repeated attacks from Ute and Comanche peoples forced the colonists to abandon the village. In 1754, through a land grant, the Spanish gave Genízaro and Hopi families 16,000 acres of land that was one mile away. Here, the Santo Tomás de Abiquiú settlement was established. During the ensuing years, as Spain, Mexico, and then the United States claimed parts of the region, the Genízaro people of Abiquiú lost some of their land. Delvin Garcia, former president of the Abiquiú land grant board, has worked with fellow community members to reclaim these lands. As Garcia states, “La Merced del Pueblo Abiquiú (the Town of Abiquiú Land Grant) is recognized and protected under the Treaty of Guadalupe Hidalgo and is historically unique.” Image taken on Sept. 8, 2019 in the remains of the 18th-century Santa Rosa de Lima church in northern New Mexico.
Share
                
ALL PHOTOGRAPHERS