Lucas Pollet is a freelance documentary photographer with a focus in political and street photography. Starting with a Gameboy Camera in the late 90's, Lucas's photographic experience spans years of street photography and work in a commercial film lab. With an education in political science and sociology Lucas aims to capture the social context of the events happening around us, and is particularly interested in the intersections of issues facing Native Nations, politics, and the societal structures of colonization that persist today. After growing up in rural Northeastern Oklahoma, Lucas now lives in the Hudson River Valley of New York. 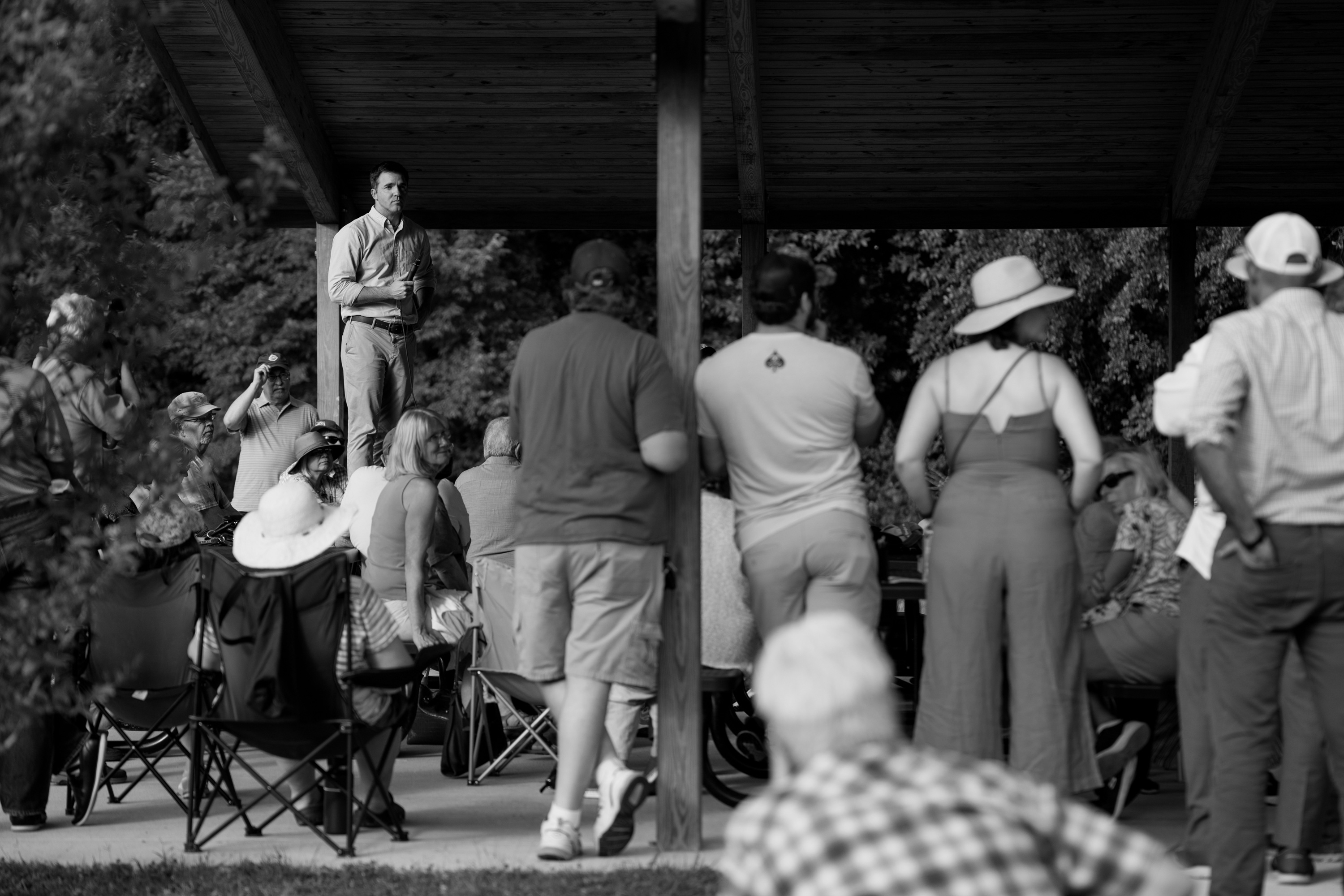 State Senator Jeff Jackson listening to a constituent's question at a town hall in Pittsboro, North Carolina. Captured on June 24th, 2021, this image is part of a project developed while following Jeff Jackson's 100 Counties in 100 Days campaign for the 2022 US Senate election.
Share
                
ALL PHOTOGRAPHERS