A controversial figure among his people because of his quest to collect cultural objects, Louis Shotridge, from Klukwan, Alaska, studied anthropology under Franz Boas at Columbia University. Ambitious and educated, Shotridge was actively involved in early anthropology and photography. The first Native American to serve as a museum curator, he worked at the University of Pennsylvania’s Museum of Archaeology and Anthropology from 1912-32. Though Shotridge spent 15 of the 20 years he was employed at the museum in the field collecting, he was reportedly unable to convince many to part with their belongings. Alternatively, he often took photographs of unobtainable artifacts. Shotridge was well aware his work straddled the different worlds of the museum and Indigenous communities. He said, “The modernized part of me rejoiced over the success in obtaining this important ethnological specimen for the museum, but…in my heart I cannot help but have the feeling of a traitor who has betrayed confidence.” As academic Nicole Dawn Stratham writes in Through a Native Lens, Shotridge “may have started to believe the dominant viewpoint that Native North Americans were a ‘vanishing race’ and that tribal material culture is best preserved in museums.” In 1932 he was let go from the museum amid budget cuts. Home in Alaska, he struggled to find work, but in 1935 secured a position as a salmon cannery inspector. Two years later, Shotridge died after falling off a ladder in Sitka and breaking his neck. There is some speculation that his fall was made to seem accidental by locals. 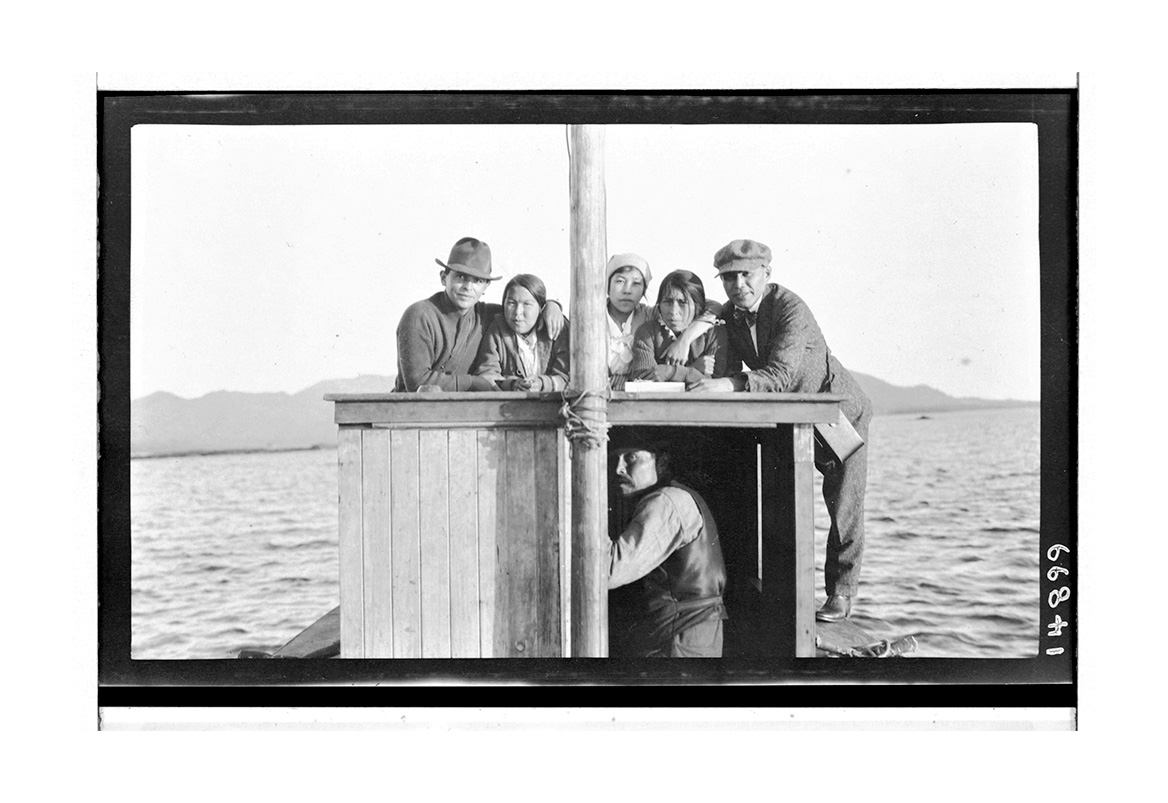 Couples huddled on the deck of a boat on a visit to the fishing camps. August 1918. University of Pennsylvania Museum of Archaeology and Anthropology, Louis Shotridge Digital Collection. Image ID: 14899
Share
                
ALL PHOTOGRAPHERS