Photographer Kiliii Yuyan illuminates the stories of Indigenous communities, wildlands, and the Arctic. Informed by ancestry that is both Nanai/Hèzhé (Siberian Native) and Chinese-American, he explores the human relationship to the natural world from different cultural perspectives. Kiliii is an award-winning contributor to National Geographic Magazine and other major publications. Both survival skills and empathy have been critical for Kiliii’s projects in extreme environments and cultures outside his own. On assignment, he has fled collapsing sea ice, weathered botulism from fermented whale blood, and found kinship at the edges of the world. In addition, Kiliii builds traditional kayaks and contributes to the revitalization of Northern Indigenous/East Asian culture. Kiliii's public talks inspire others about photographic storytelling, Indigenous perspectives and the spirit of wildness. Kiliii is based out of Seattle, but can be found across the circumpolar Arctic much of the year. 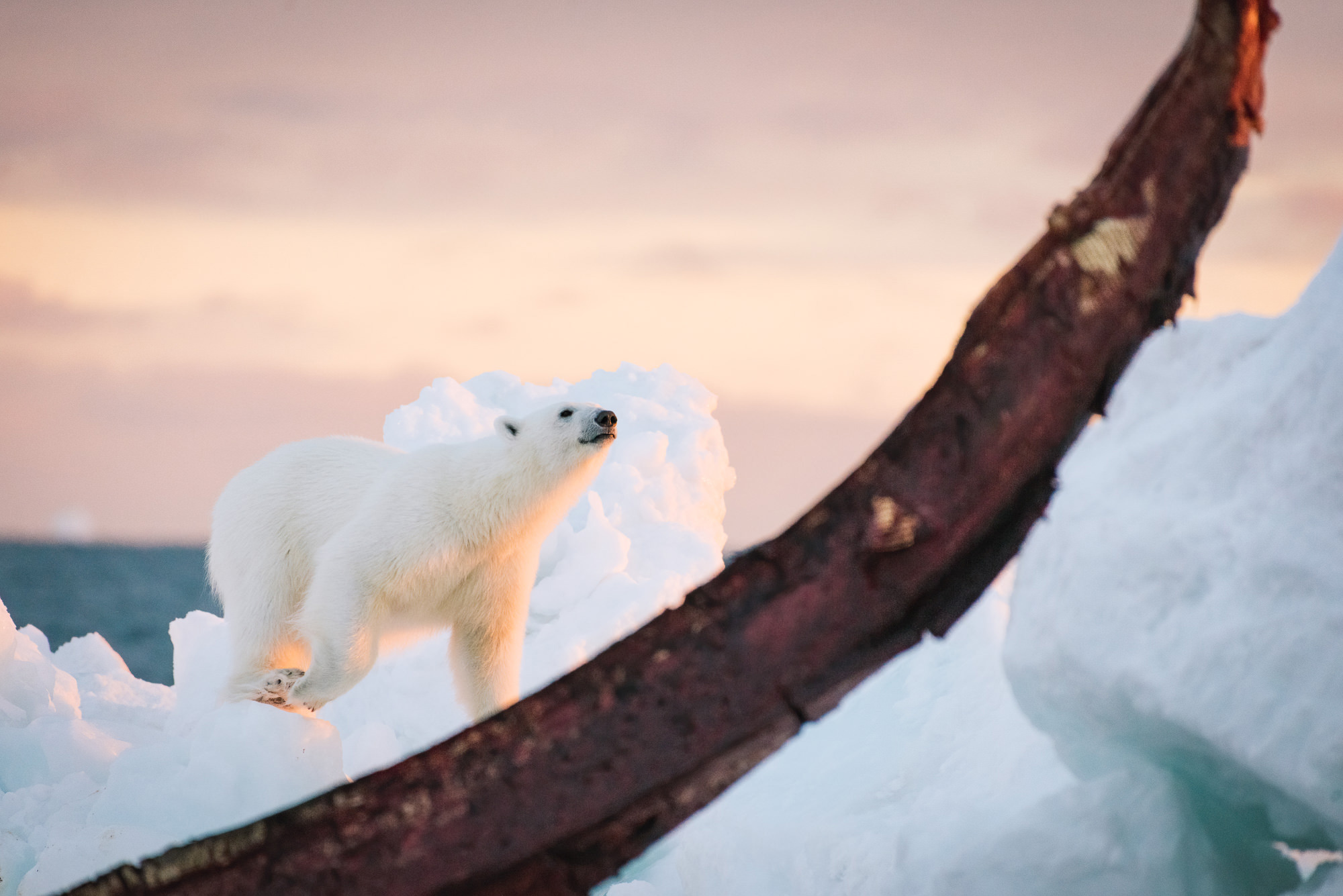 On the sea ice near Nuvuk, Alaska, a young polar bear investigates the recently butchered carcass of a bowhead whale. Here, whaling by Iñupiat subsistence hunters provide a source of food for the bears. The fall hunt is especially critical for bears on the verge of starvation caused by reduced pack ice in the summer months. Many Iñupiat prefer to let the bears feed provided they maintain a safe distance from people.
Share
                
ALL PHOTOGRAPHERS