“Indigenous femme queer photographer Kali Spitzer ignites the spirit of our current unbound human experience with all the complex histories we exist in, passed down through the trauma inflicted/received by our ancestors. Kali's photographs are intimate and unapologetic and make room for growth and forgiveness while creating a space where we may share the vulnerable and broken parts of our stories which are often overlooked, or not easy to digest for ourselves or society," says Ginger Dunnill, Creator and Producer of Broken Boxes Podcast. Kali is Kaska Dena from Daylu (Lower Post, British Columbia) on her father’s side and Jewish from Transylvania, Romania, on her mother’s side. She is from the Yukon and grew up on the West Coast of British Columbia in so called Canada, on the traditional territories of the Lək̓ʷəŋən Peoples. She is a multi disciplinary artist who predominantly works with film photography. Kali studied photography at the Santa Fe Community College and the Institute of American Indian Arts. Under the mentorship of Will Wilson, Kali explored alternative practices to photography. She has worked with film in 35 mm, 120 and large format, as well as wet plate collodion process using an 8-by-10 camera. Her work includes portraits, figure studies, and photographs of her people, ceremonies, and culture. Kali is committed to creating space for queer, trans, and BIPOC people to feel seen and accurately represented in the ways they choose. Kali focuses on cultural revitalization through her art, whether in the medium of photography, ceramics, beading, tanning hides, or hunting. She views all of these practices as art and as part of an exploration of self. At the age of 20, Kali moved back north to spend time with her Elders, learning and practicing traditional ways of life and art. Throughout Kali’s career she has documented these practices with a sense of urgency, highlighting their vital cultural significance. 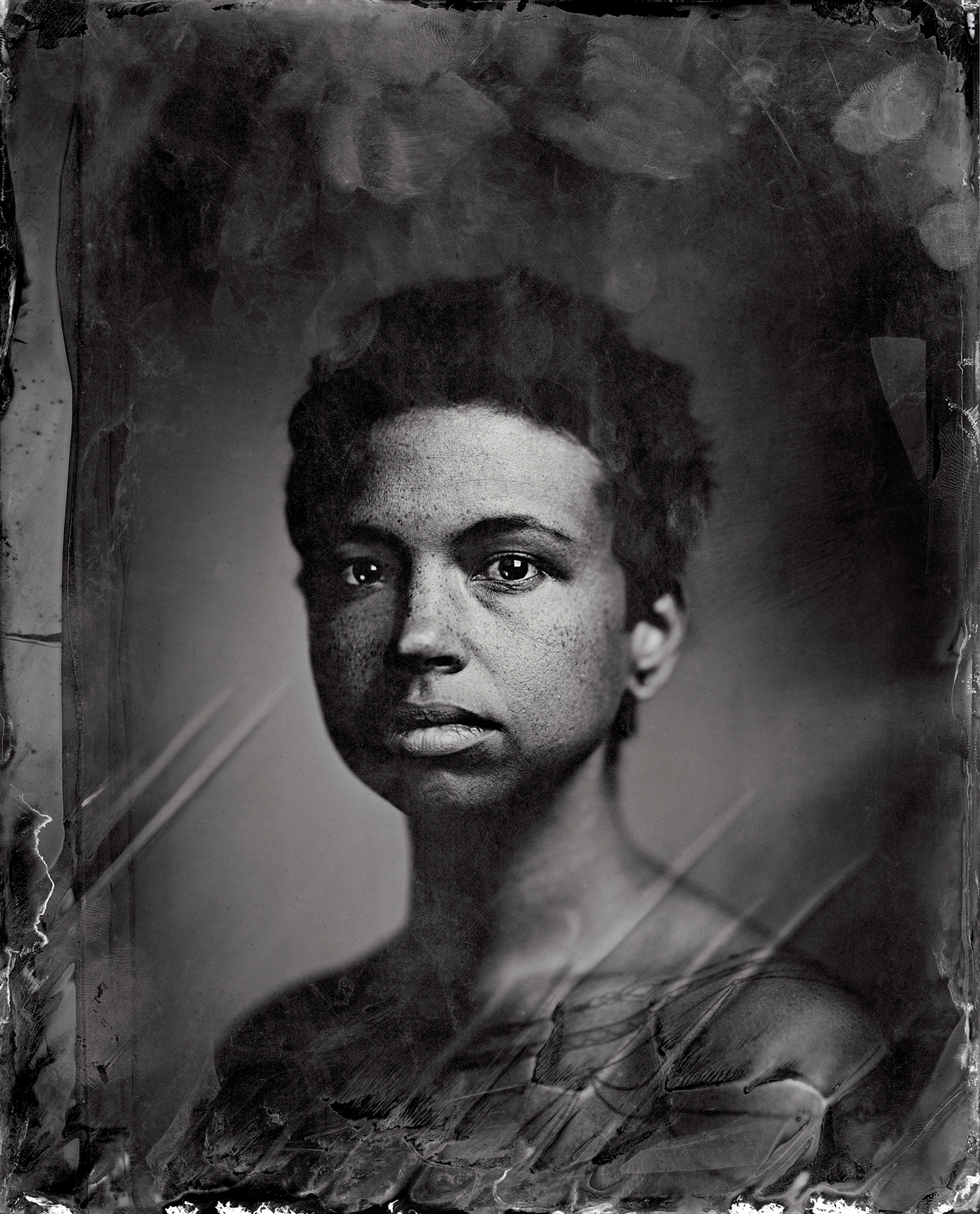 Holland Andrews, Healer, Vocalist, Sound Artist. Image made at the Space Between Us Artist Residency at the Banff center for the arts, on the traditional territories of the Stoney Nakoda, Blackfoot, and Tsuu T'ina.
Share
                
ALL PHOTOGRAPHERS