Joe is a freelance photographer and writer living in Northeast Oregon. He has been working as an editorial, advertising, and fine-art photographer since graduating from Brooks Institute of Photography with a Bachelor's in Advertising Photography in June of 2000, and as a freelance writer since 2010. His work has an emphasis on Indigenous peoples and cultures, environmental conservation, and outdoor recreation. His editorial clients have included magazines and publications such as The Guardian, Huffington Post, Outside Magazine, High Country News, Backpacker Magazine, Alpinist Magazine, National Geographic Voices Blog, Resorts and Great Hotels Magazine, O Magazine, Nature's Best Photography, Yahoo News, 1859-Oregon's Magazine, Oregon Humanities Magazine, Travel Oregon magazine, and The Oregonian. Corporate and commercial clients have varied from Merrell hiking boots, BASF, Boise Cascade, and Red Cross, to Defenders of Wildlife, Greenpeace, and the Indigenous Environmental Network (and almost everything in between). Selections from portfolios of his fine-art prints have been displayed in galleries throughout the Western States, and museums such as the San Francisco Exploratorium and the Smithsonian Museum of Natural History. He has lectured on portrayals of Indigenous people in media and Indigenous conservation at Stanford University, Georgia Tech and Eastern Oregon University. He is a current recipient of a $100,000 Oregon Community Foundation Fields Artist Fellowship, which he is using to produce a body of work investigating the opportunity gaps that exist for marginalized communities throughout Oregon and the United States. Joe also works seasonally as a wilderness and field patrol ranger for the US Forest Service in the Hells Canyon National Recreation Area. 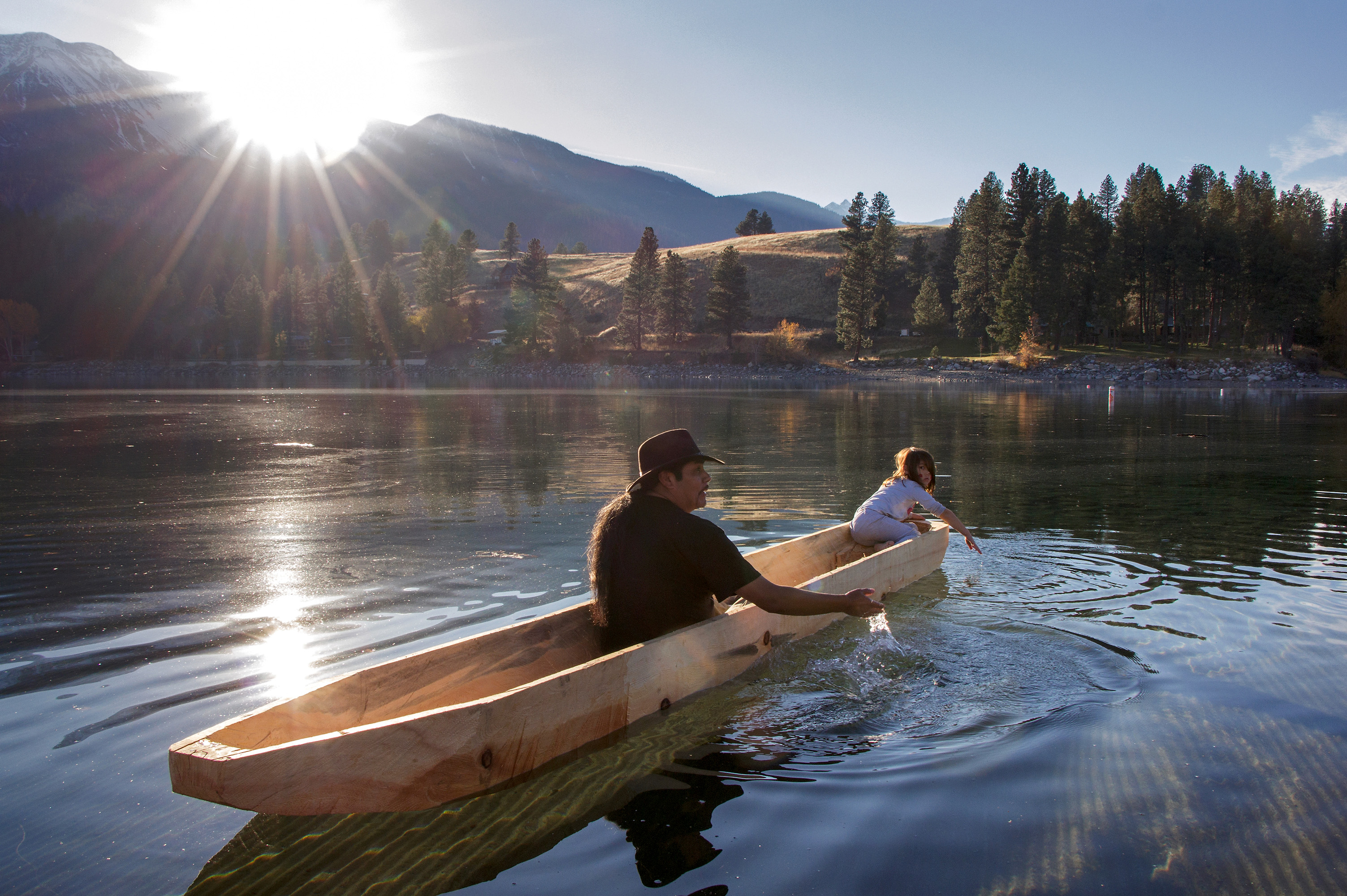 Nez Perce tribal member Allen Pinkham Jr. and his granddaughter test the first traditional style Nez Perce dugout canoe to float on Wallowa Lake, in their traditional homelands, since Chief Joseph and the Wallowa Band of the Nez Perce Tribe were forced from their homelands during the infamous Nez Perce War of 1877.
Share
                
ALL PHOTOGRAPHERS