Onondaga of the Six Nations of the Grand River

Jeff Thomas is an urban-based Iroquois, self-taught photo-based story teller, writer, public speaker, and curator, living in Ottawa, Ontario. He has works in major collections in Canada, the United States, and Europe. Thomas’s most recent solo shows were “Birdman Rising”, University of Southern Illinois; “A Necessary Fiction: My Conversation with Edward S. Curtis & George Hunter”, Art Gallery of Mississauga; “The Dancing Grounds”, Wanuskewin Heritage Park (Saskatoon); and “Resistance Is NOT Futile”, Stephen Bulger Gallery (Toronto). Thomas has also been in many group shows, including “The Family Camera” at the Royal Ontario Museum in Toronto, Ontario; “Tributes + Tributaries (1971-1989)” at the Art Gallery of Ontario; Land/Slide - “Possible Futures” in Markham, Ontario; “SAKAHÀN” at the National Gallery of Canada; “UNMASKING: Arthur Renwick, Adrian Stimson, Jeff Thomas” at the Canadian Cultural Centre in Paris, France. He was awarded the Canada Council's Duke and Duchess of York Award in Photography (1998), Royal Canadian Academy of Art (2008), The Karsh Award in photography (2008), the REVAL Indigenous Art Award (2017), and the Canada Council Governor General Award in the Visual and Digital Arts (2019). 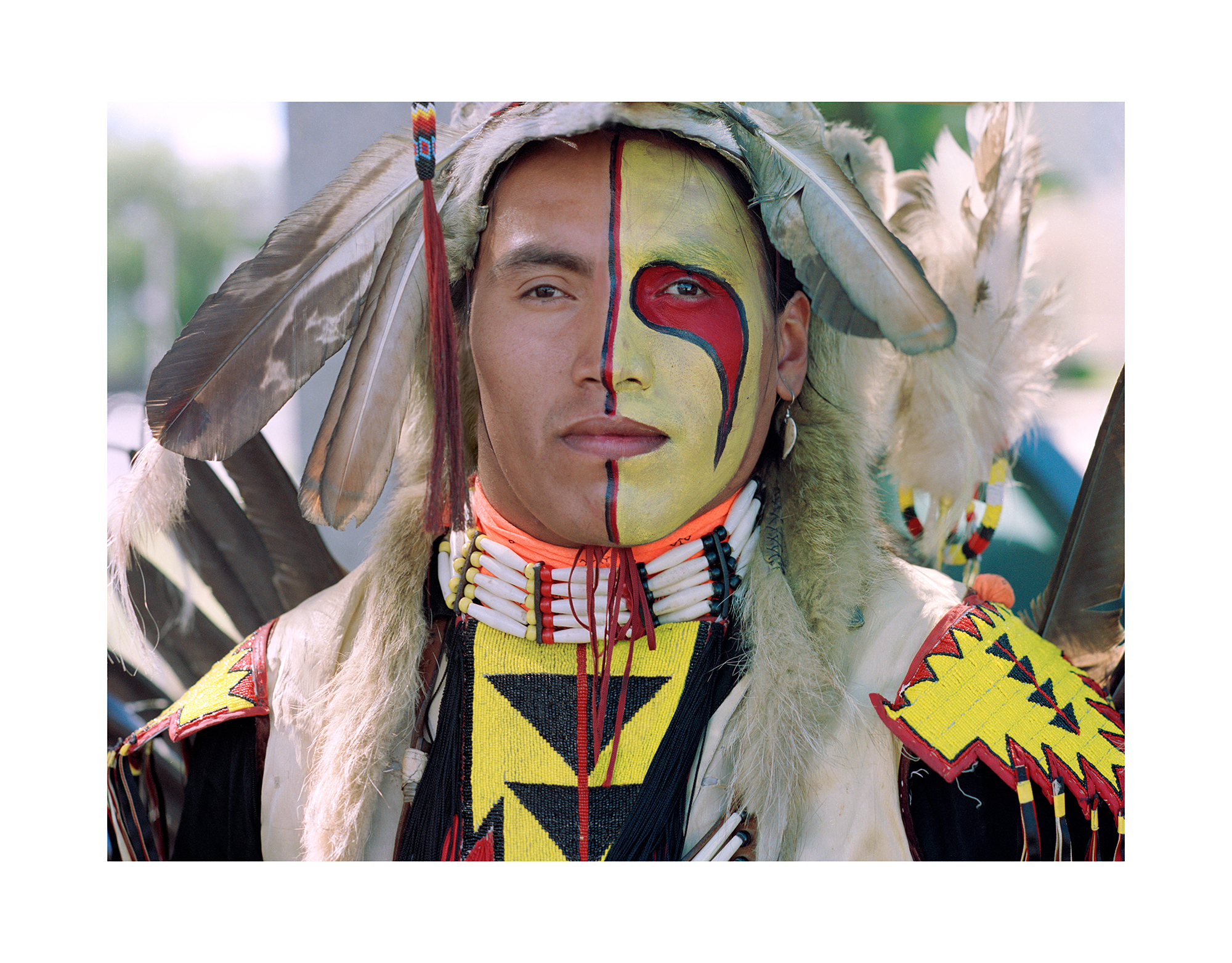 Kevin Haywahe, Assiniboine, Carry The Kettle Reserve, Saskatchewan, Canada. This portrait is from my series, “Strong Hearts.” It is an early body of work (1981-1996) which focused on male traditional powwow dancers. My search was to find the essential nature of the dancer, including research of the history and evolution of the traditional dancer, looking beyond the powwow atmosphere and developing a link to our self-determination movement. I photographed Haywahe at an urban powwow in Winnipeg, Manitoba, in 1990. I chose this portrait because it exemplifies the direct eye contact I wanted my portraits to have, confronting the audience and subverting the gaze.
Share
                
ALL PHOTOGRAPHERS