Semi-professional photographer Horace Poolaw took up photography as a teenager and continued photographing Kiowa people and events in Oklahoma for more than five decades. In his early 20s he apprenticed with a studio photographer and also took a course in hand-coloring photographs. Mid-life he joined the army, where he learned aerial photography and trained bomber crews on how to photograph enemy targets. When the American Indian Exposition was started by a group of Natives from the Anadarko area in 1930, Poolaw was the official photographer from the beginning. At the fair, Poolow documented Indigenous pride and the cultural transitions the Kiowa were experiencing by capturing traditional and contemporary elements in a single image. Poolaw’s images reject the notion that the only two choices available for Native Americans were to follow a traditional way of life, or assimilate to the Western world. The fair remains an annual event to this day and has become one of the oldest and largest intertribal gatherings in the U.S. Embracing a theatrical style and carefully composing his images, Poolaw often directed the people he photographed on where and how to stand. Poolaw developed his negatives at home and though he didn’t have the resources to print everything, he did sell some images to local restaurants and individuals, and also sold postcards. In the 1990s, his family began the critical work of printing, cataloging, and archiving his photographs. They discovered he made more than 2000 photographs during his career from the 1920s-1970s. His grandson, Thomas, an acclaimed artist himself, credits his grandfather’s work as an endless source of inspiration. Thomas also believes that, “whether intentionally or not, Horace Poolaw’s photographs seem to serve as an extension of the Kiowa calendar,” a traditional way of documenting tribal history with pictographs that unlock the collective mind of the people, allowing events to be recalled and related. “ For example, I remember our family pulling out albums and shoe boxes of photos, especially when we had visitors,” says Thomas, adding, “The photos would generate discussions, stories, jokes and, often, much laughter.” (Poolaw, Thomas. “Horace Poolaw: Photographer, Mentor, Grandfather.” University of Nebraska-Lincoln.) In recent years, Poolaw’s work has been extensively studied and exhibited, most notably in a solo show at the American Museum of the American Indian in 2014. 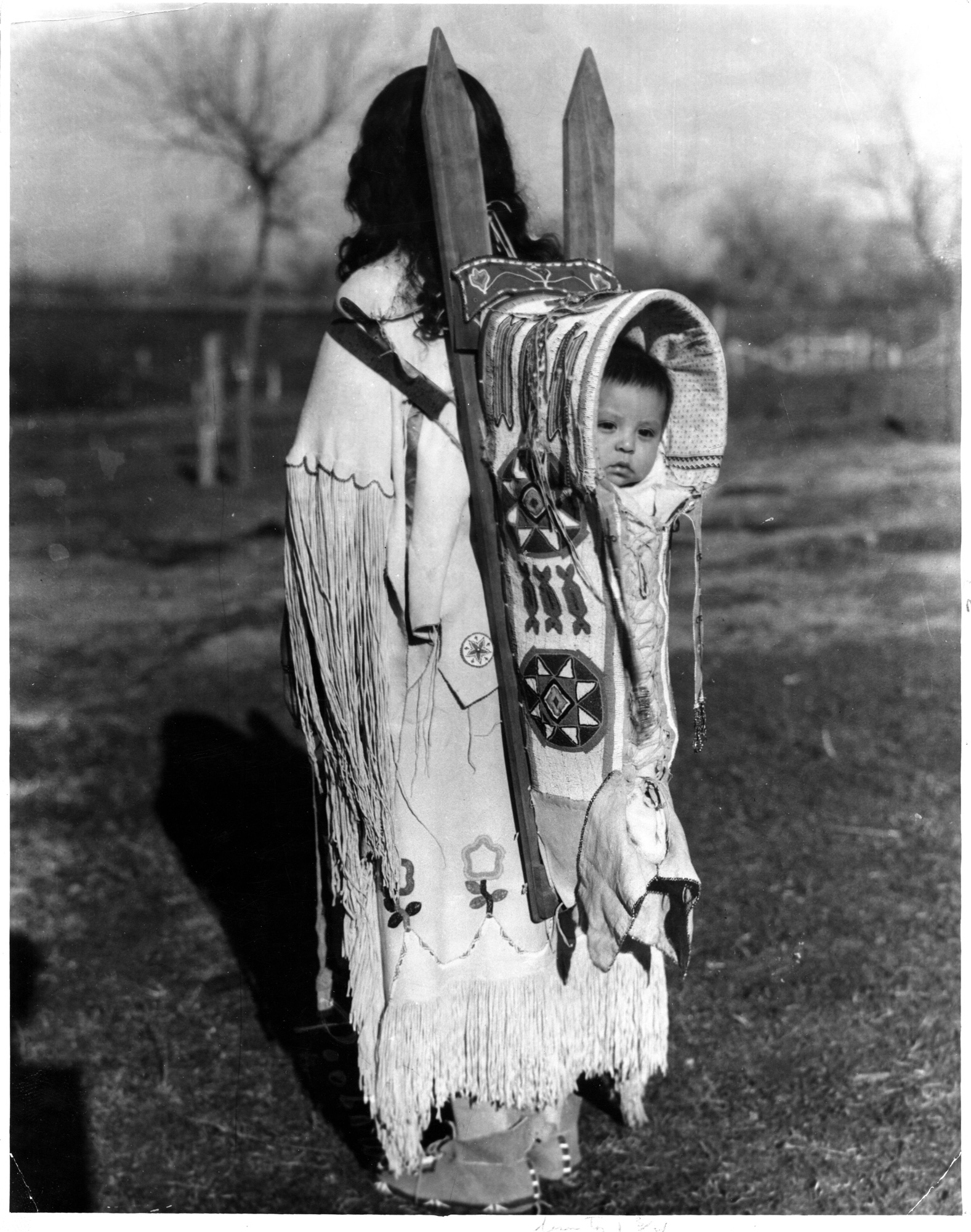