Gabrielle Norte is a 23-year-old Cahuilla filmmaker and photographer from Warner Springs, California. She graduated from Pepperdine University in Malibu, with a Bachelor's Degree in Film Studies and an emphasis in Production. Her short films, both narrative and documentary, have won awards at several film festivals across Los Angeles and the greater Southern California area and have allowed her to speak to Native youth from the middle school to undergraduate level. Norte grew up on the Los Coyotes Indian Reservation and took an interest in the arts from an early age. She sees her photography as an extension of her visual storytelling, which is rooted in culture, identity, and expression. She uses her art to preserve moments, break long-standing stereotypes surrounding Native people, and represent a contemporary Indigenous experience. She hopes her art and storytelling inspires the next generation of Native youth to create freely and fiercely. 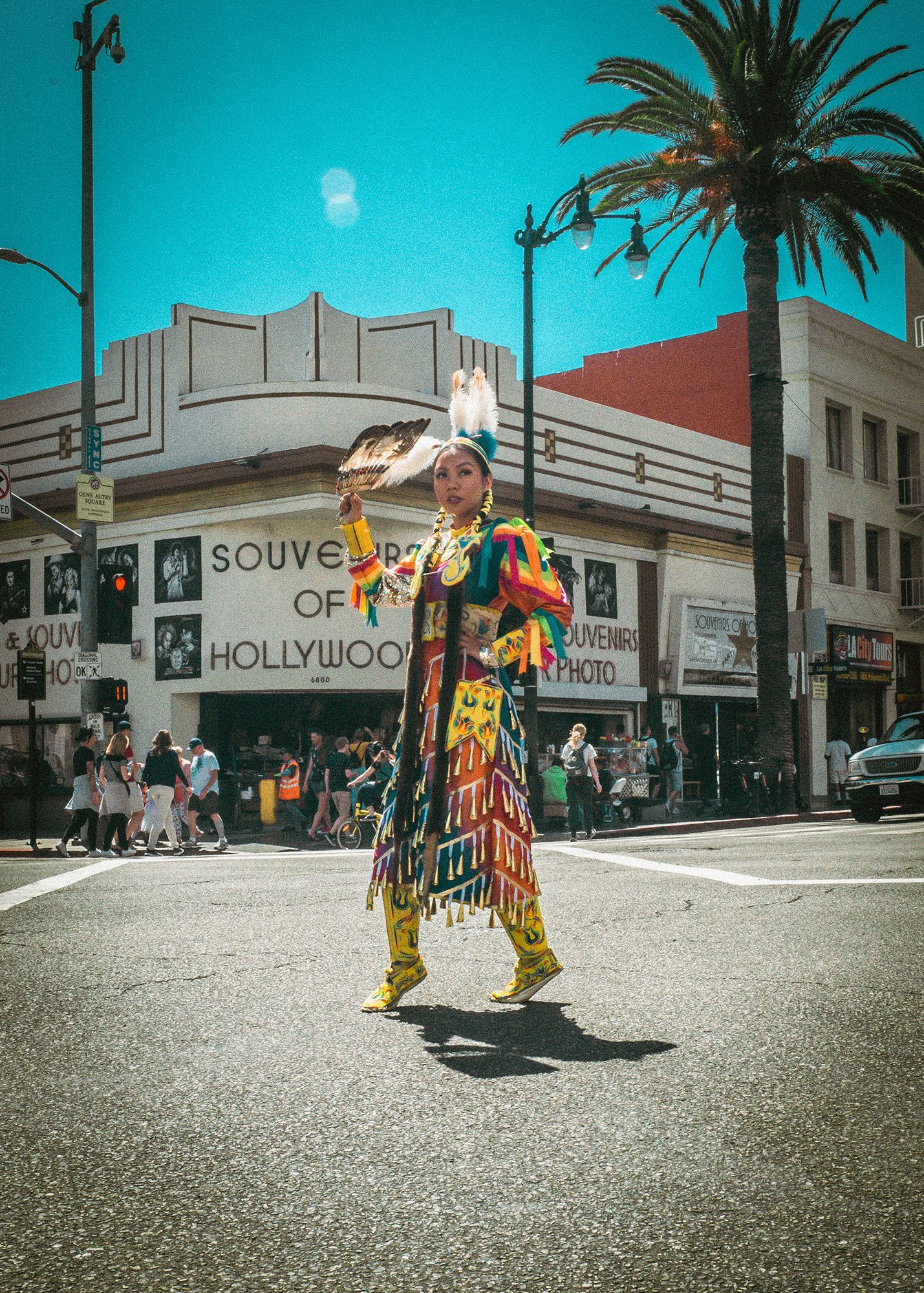 The photo is of Stormie Perdash (Shoshone-Bannock) in the intersection of Hollywood and Highland in Hollywood, California. It was taken in April 2019 as a promotional image for my short documentary, Hollywood Indian, which explores Native representation in Hollywood films from the silent era to present day through the eyes of four contemporary Native filmmakers. I wanted the photo to have both a gritty film look and one that felt vibrant/picturesque of Hollywood.
Share
                
ALL PHOTOGRAPHERS