Eli Farinango is a Kichwa artist and photographer who was born in Quito, Ecuador, and raised in Ottawa, Canada. She holds an Honors BA in Political Science and Latin American Studies from the University of Toronto. She has extensive experience working in the non-profit sector and in media communications. She has been published in various publications including Remezcla, Waging Nonviolence, and Telesur English. In 2019 she was awarded the first prize in the individual category in the international photography contest by Fotografas Latinoamericanas, shortlisted for the Lucie Foundation Emerging artist scholarship, and selected to be a Women Photograph mentee. In the same year, she attended the Banff Centre for the Arts to participate in the "Trainings for the Not Yet" residency. She was also selected by fototazo, a curatorial project highlighting emerging Latin American photographers, to show her work, Jatarishun, a personal documentation of community resistance in the Ecuadorian uprising in 2019. In 2020, she attended the Banff Centre for the Arts to complete the Indigenous Media Arts training program where she began developing the long term project Runa Kawsay, which documents the Kichwa diaspora in North America. Earlier this year, she was selected to be part of the Garden Project, facilitated by Industry Theater where she developed a multimedia performance piece exploring identity and migration named Mama Chumbi. She is currently enrolled in the Documentary Practice and Visual Journalism Program at the International Centre of Photography and based in New York City. 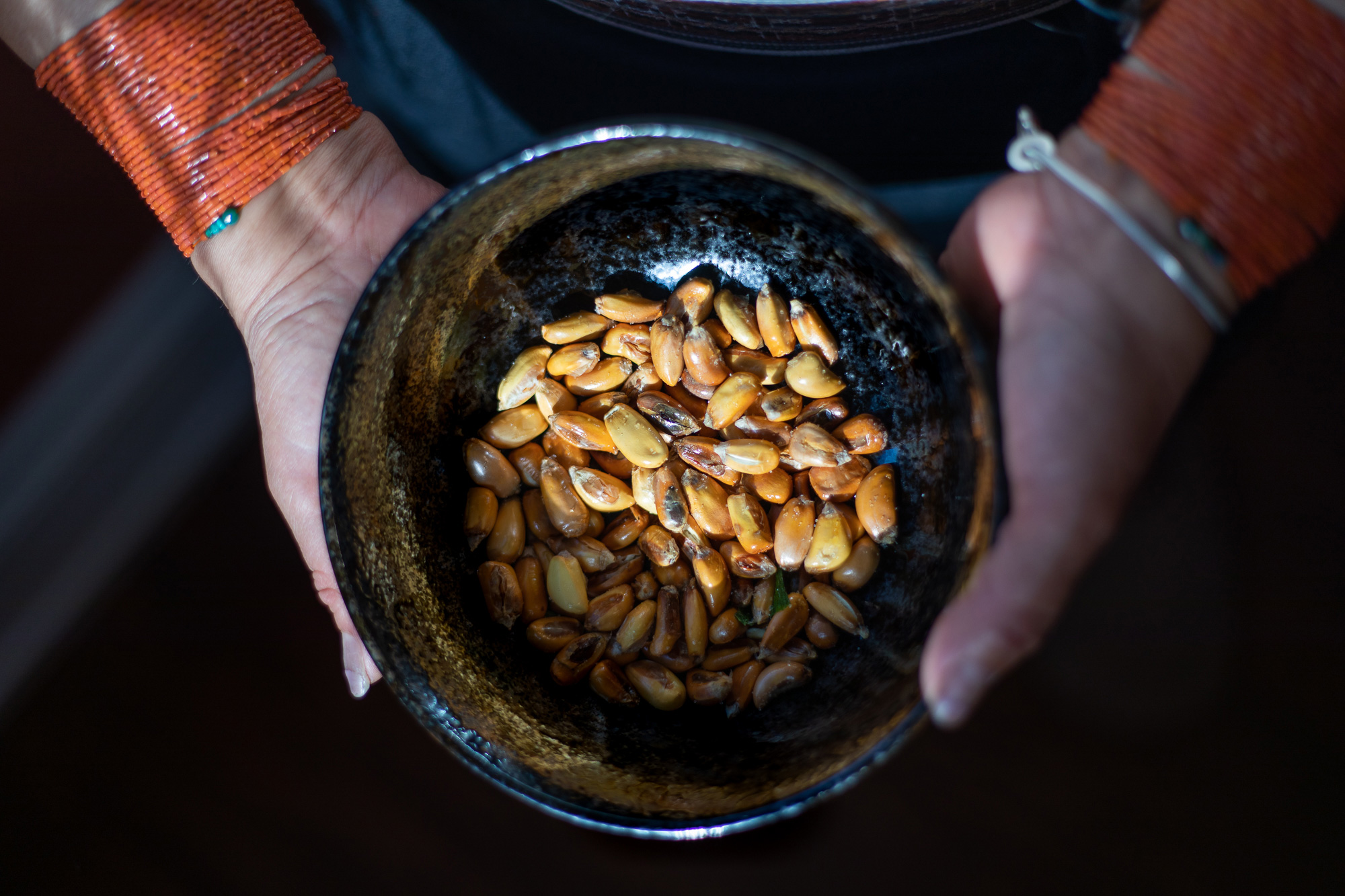 Mamà y el maiz - Virginia Anrango holds toasted corn or tostado that she made for daughters in their family home in Hamilton, Canada. The tostado is a traditional food from Ecuador, with its simple preparation its kernels transmit the memory of our ancestry no matter where we are. During the COVID19 lock down, our family had found an opportunity to slow down, remember and care for each other through our traditional foods. This photo is part of the series Runa Kawsay, which documents the Kichwa diaspora in North America.
Share
                
ALL PHOTOGRAPHERS