Bryan Pollard is a project manager for the Associated Press and an independent journalist and consultant. He began his career as a freelance photojournalist in Portland, Ore. He is a former John S. Knight Journalism Fellow at Stanford University and associate director of the Native American Journalists Association. He has extensively researched and developed policy solutions to advance the cause of an Indigenous free press in Indian Country. A citizen of the Cherokee Nation, he previously served as the executive editor of the Cherokee Phoenix, the first Native American newspaper in North America originally published in 1828. He is also the founding managing editor of Street Roots, a nonprofit social justice-centered newspaper in Portland. He has served on both the staff and board of High Country News, where he was instrumental in the establishment of the Indigenous Affairs desk. He is still an avid photographer, shooting in film and digital formats. 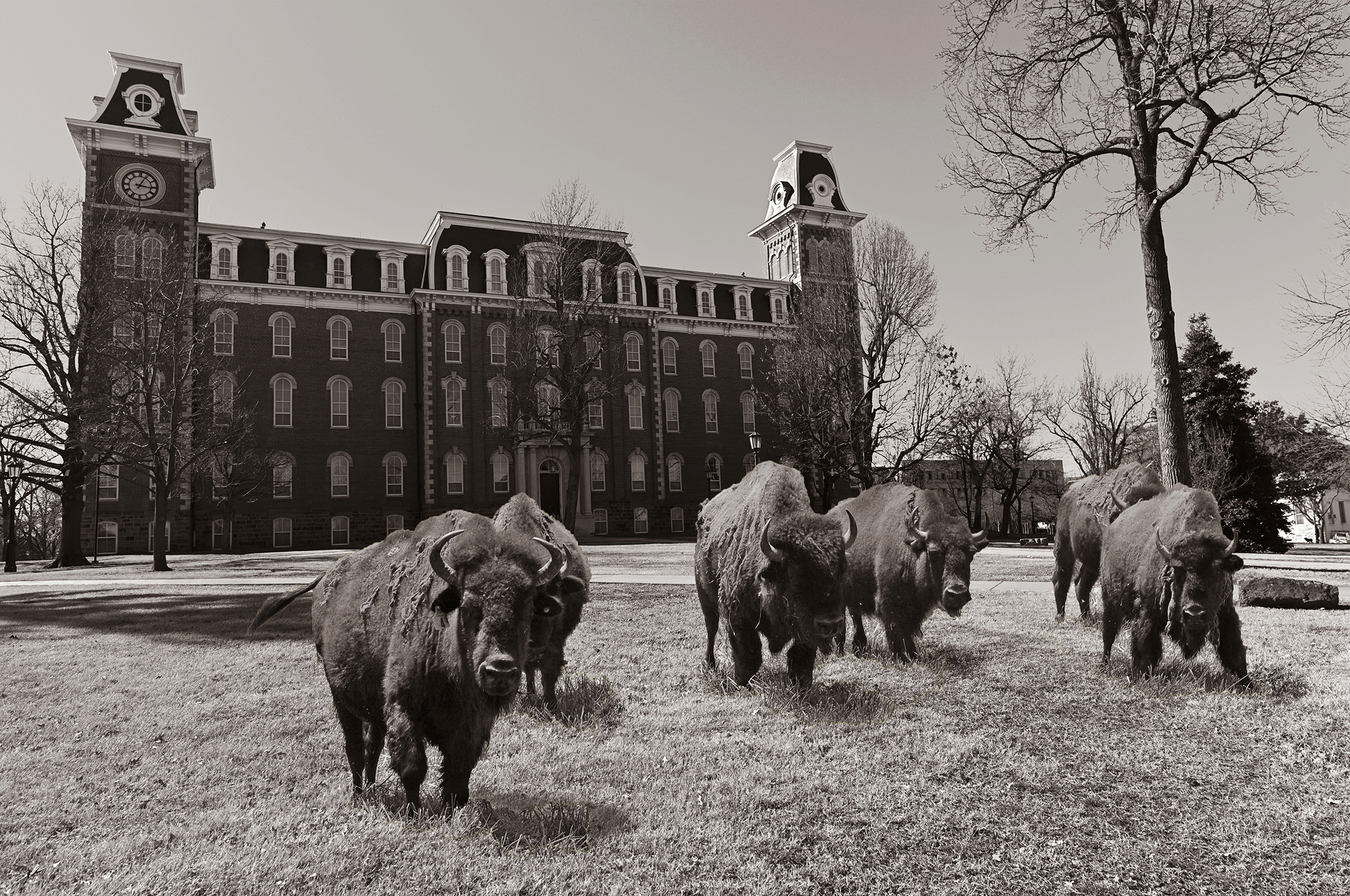 Bison from the Quapaw Nation herd appear to graze the public lawn at the doorstep of Old Main, the historic centerpiece of the University of Arkansas campus. The land-grant university In Northwest Arkansas was built on the ancestral lands of the Caddo, Quapaw, and Osage. The image is a photo composite created in February 2019 using Adobe Photoshop. The original background image was also shot in February, 2019 in Fayetteville, Ark., and the bison herd was photographed in July, 2017 on the lands of the Quapaw Nation.
Share
                
ALL PHOTOGRAPHERS