Lower Cayuga of Six Nations of the Grand River Territory

Alex Jacobs-Blum’s dichotomous relationship being Lower Cayuga Nation of Six Nations of the Grand River Territory and German descent raises questions of belonging and relationship to land. Struggling to find a unified sense of identity perpetuates an investigation in notions of authenticity and legitimacy. Through photographic storytelling, Alex navigates personal experiences by challenging colonial structures as an act of self-determination and resistance. Focusing on the territories that have sustained her Hodinöhsö:ni' family for generations - Cayuga Lake and Six Nations of the Grand River - photography presents a way of engaging knowledge carried by her ancestors. Nationally Alex’s work has been exhibited since 2015 at the University of Ottawa, the Woodland Cultural Centre, Brantford, and Critical Distance Centre for Curators, Toronto. She has facilitated photo and social justice workshops with Indigenous youth at Western University, London and at the Hamilton Regional Indian Centre, Hamilton. Alex holds a Bachelor of Photography from Sheridan College, and is the recipient of the Canon Award of Excellence for Narrative Photography (2015). 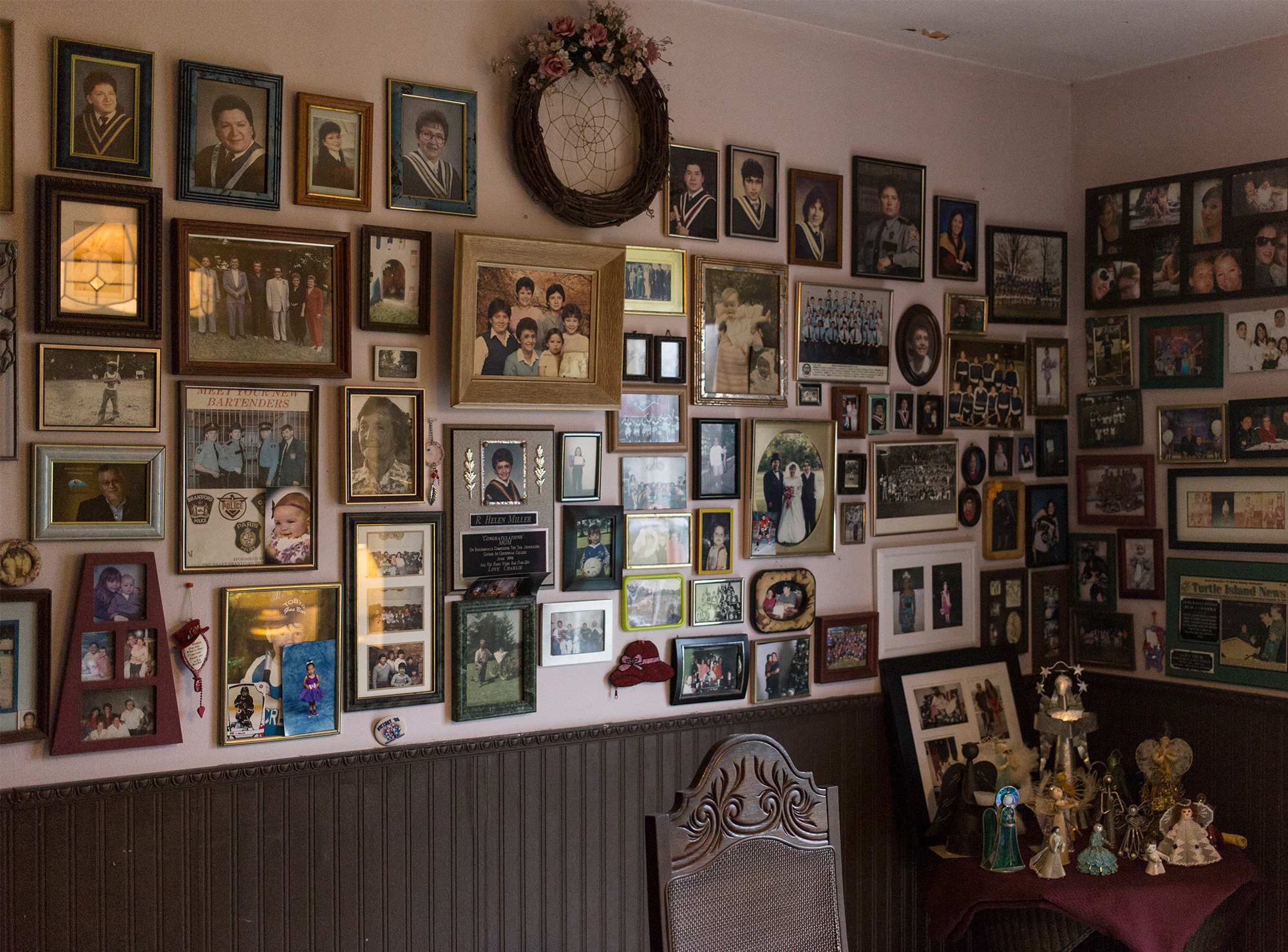 Oy'ajihó:no' (2016) is from the project series Otgwęj'ia:'. Otgwęj’ia:’ is a study of my Hodinöhsö:ni'-German identity, dissecting what it means to live in-between two worlds. Oy'ajihó:no' was photographed on Six Nations of the Grand River Territory, at the kitchen table in a family home. The family photos are a symbol of community, connectivity and love.
Share
                
ALL PHOTOGRAPHERS