Being an Osage Cook is an esteemed and honored position within the Osage community. Most cooks are groomed from a very young age and in some families extra emphasis is on the oldest daughter. Osage cooks are called upon for funerals, handgames, and various ceremonies to cook large amounts of food for sittings regularly numbering over 200 people. The cooks prepare fry bread, meat gravy, chicken and dumplings, Osage peaches, squash, strip meat, yankapins, and boshpu, among other things. The position of cook is looked upon as so important that they even have their own song. During this song they drag fabric on the ground. After this song, the fabric is given away to people the cooks want to thank. The cooks featured here are in front of samples of those fabrics along with the cooking implement of their choice. Many of the cooks’ utensils, like the wooden mixing paddles, tubs and buckets, are passed down in families. 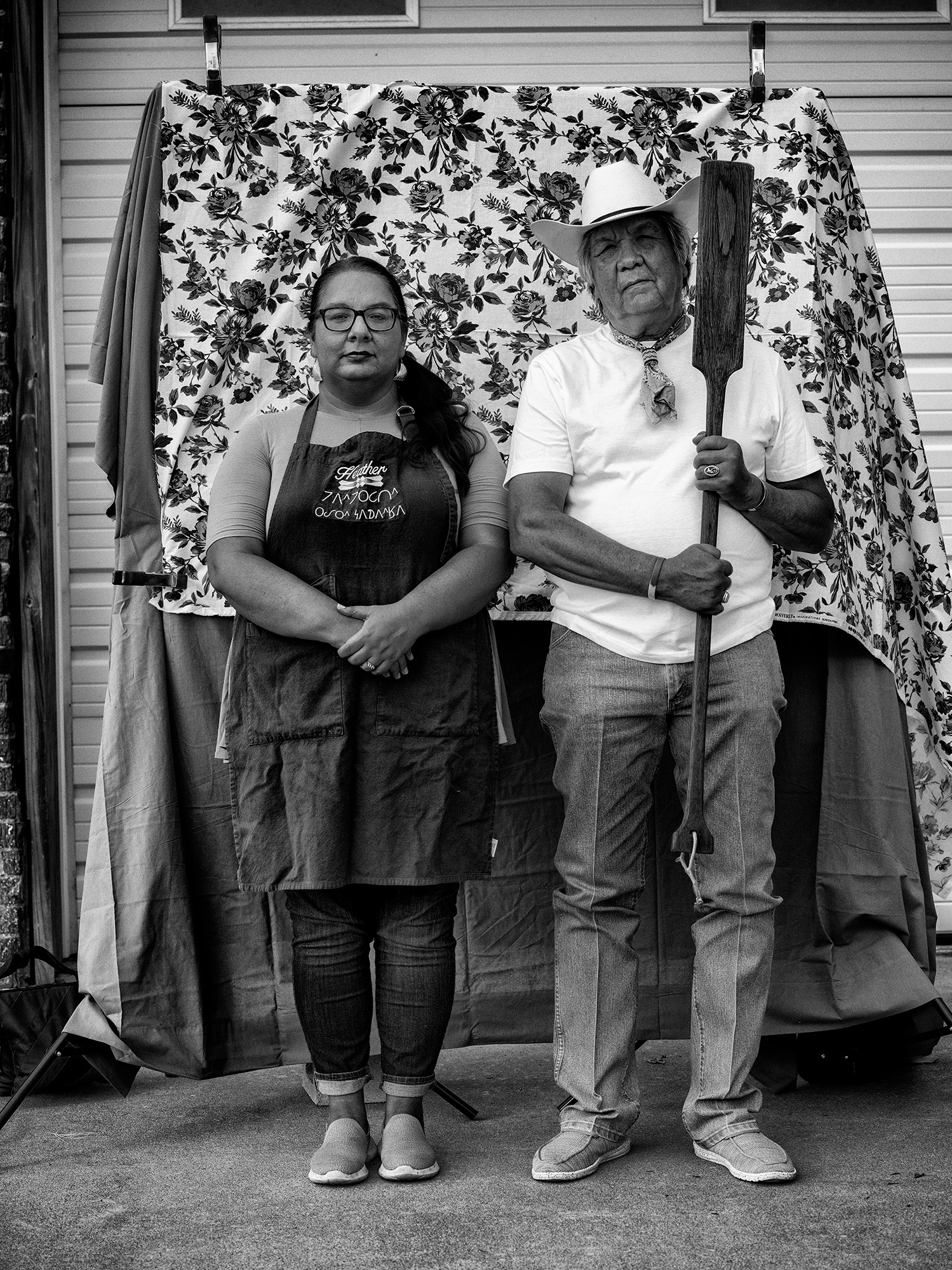 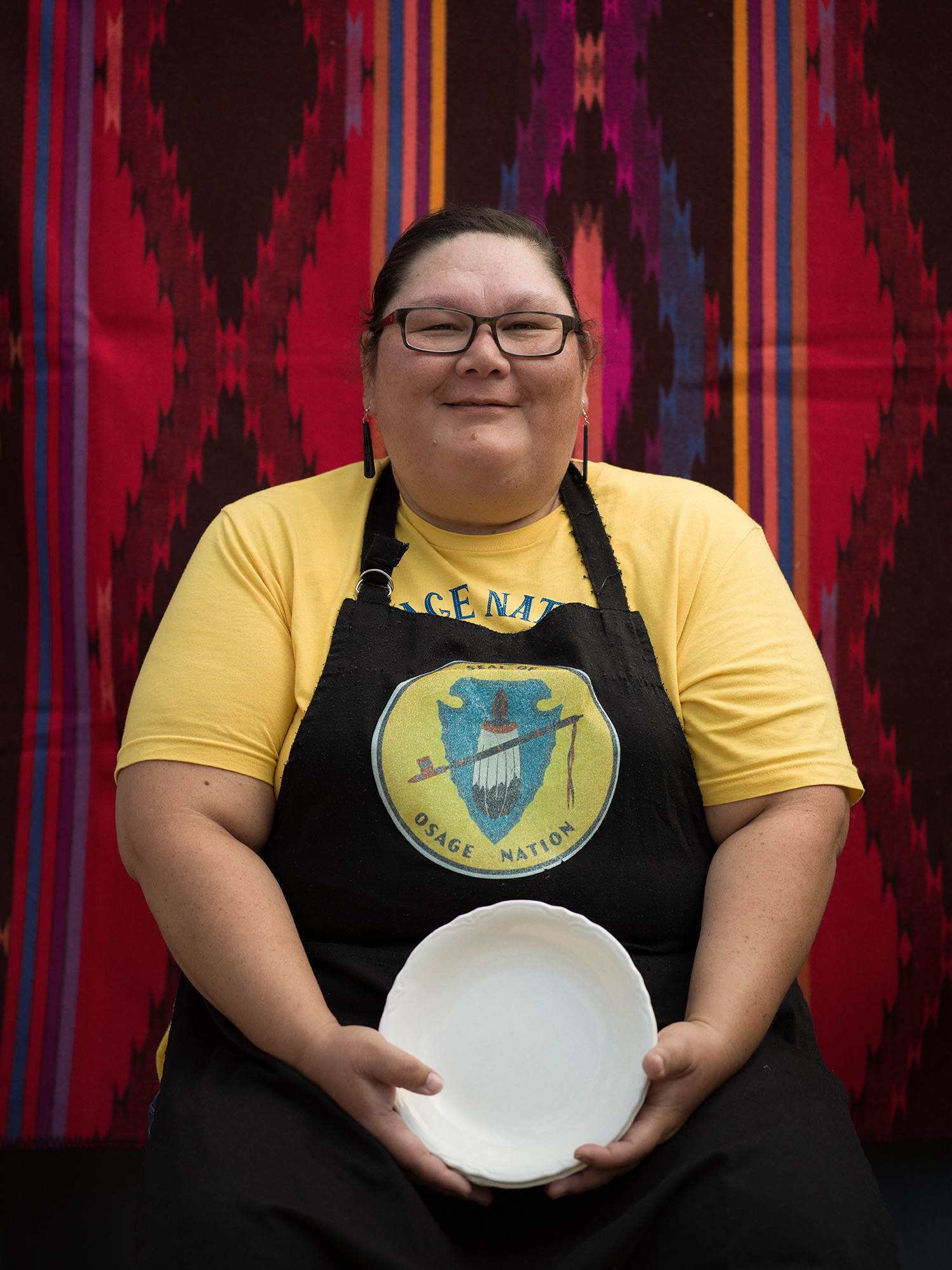 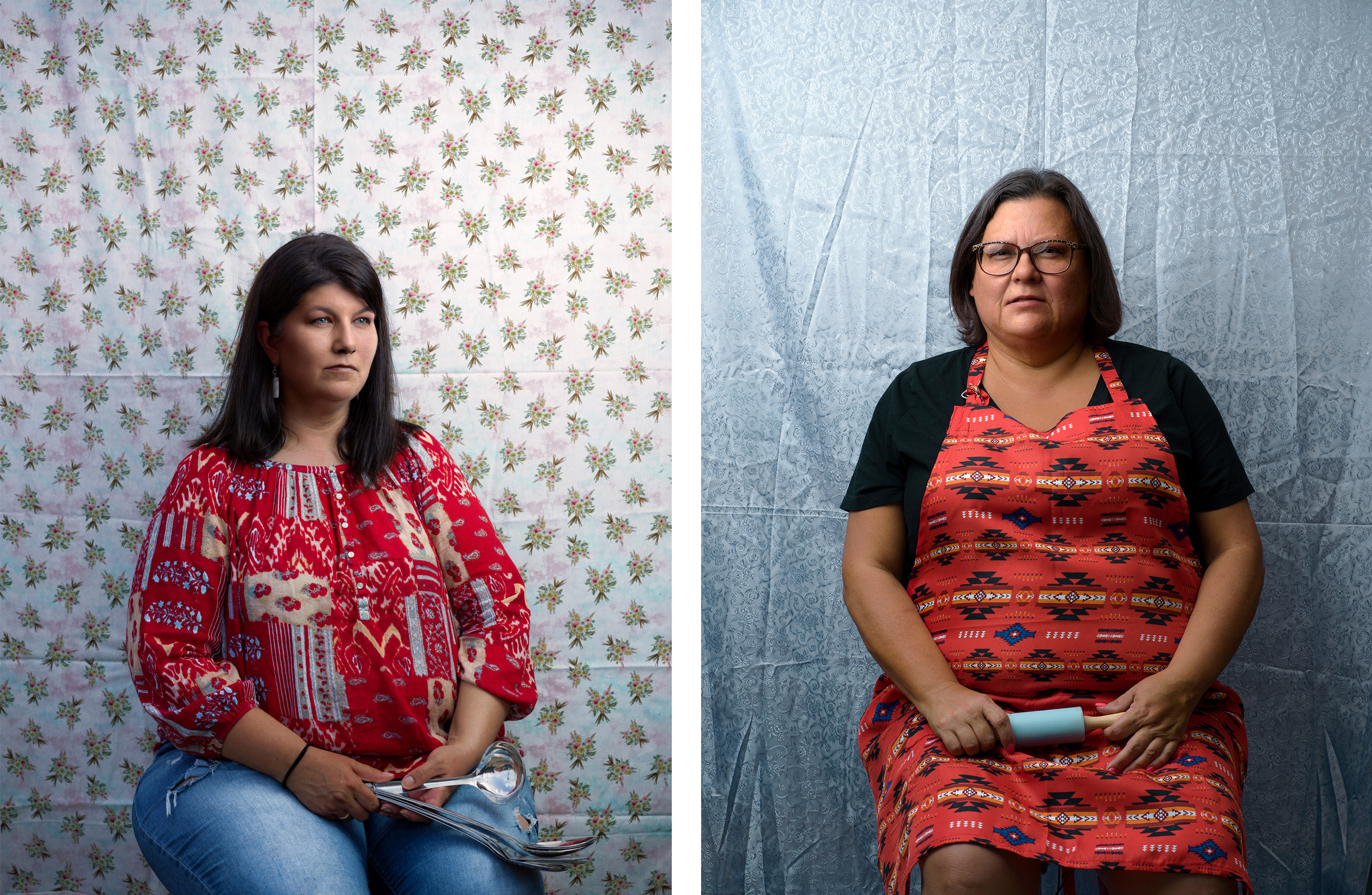 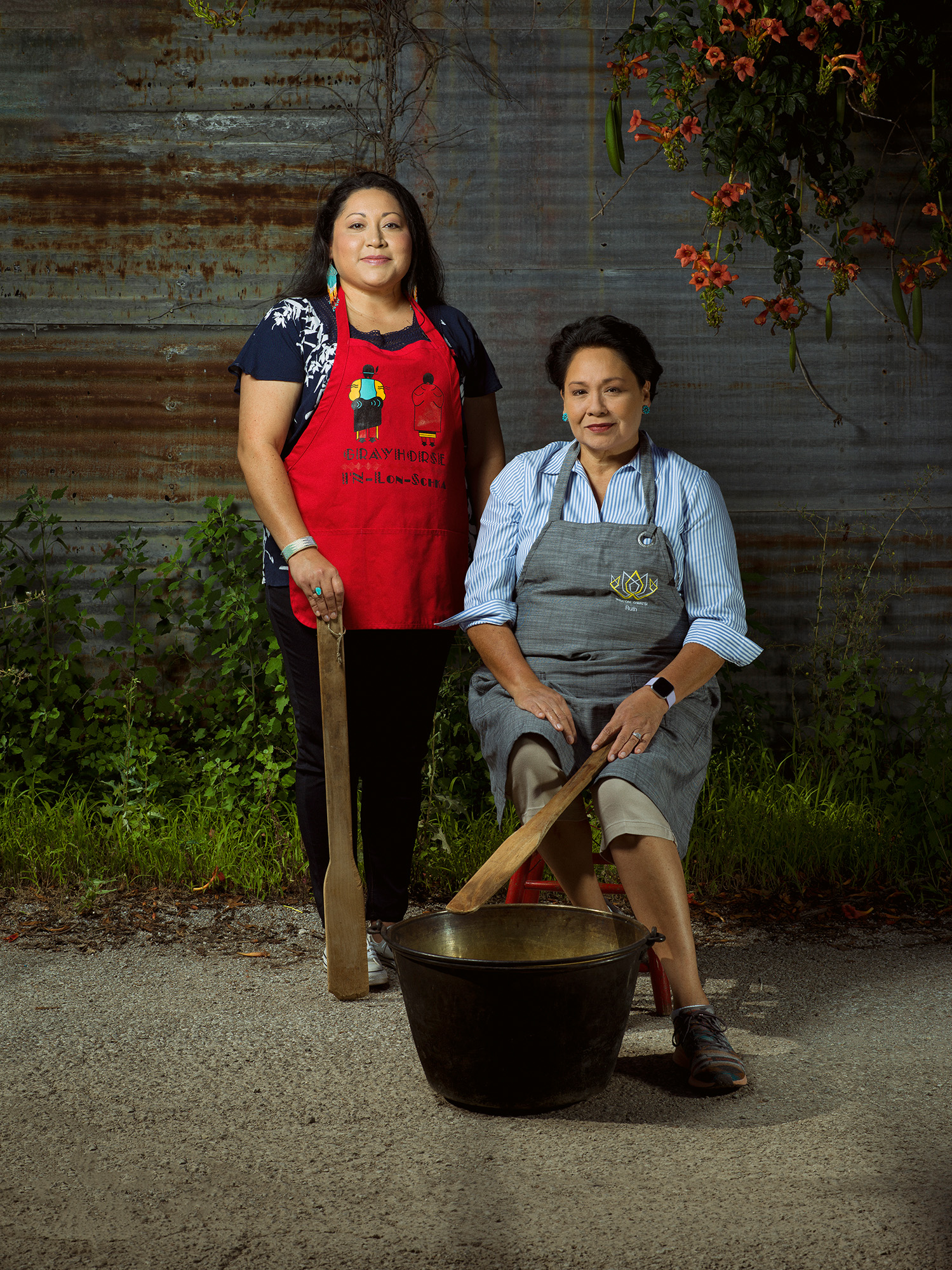 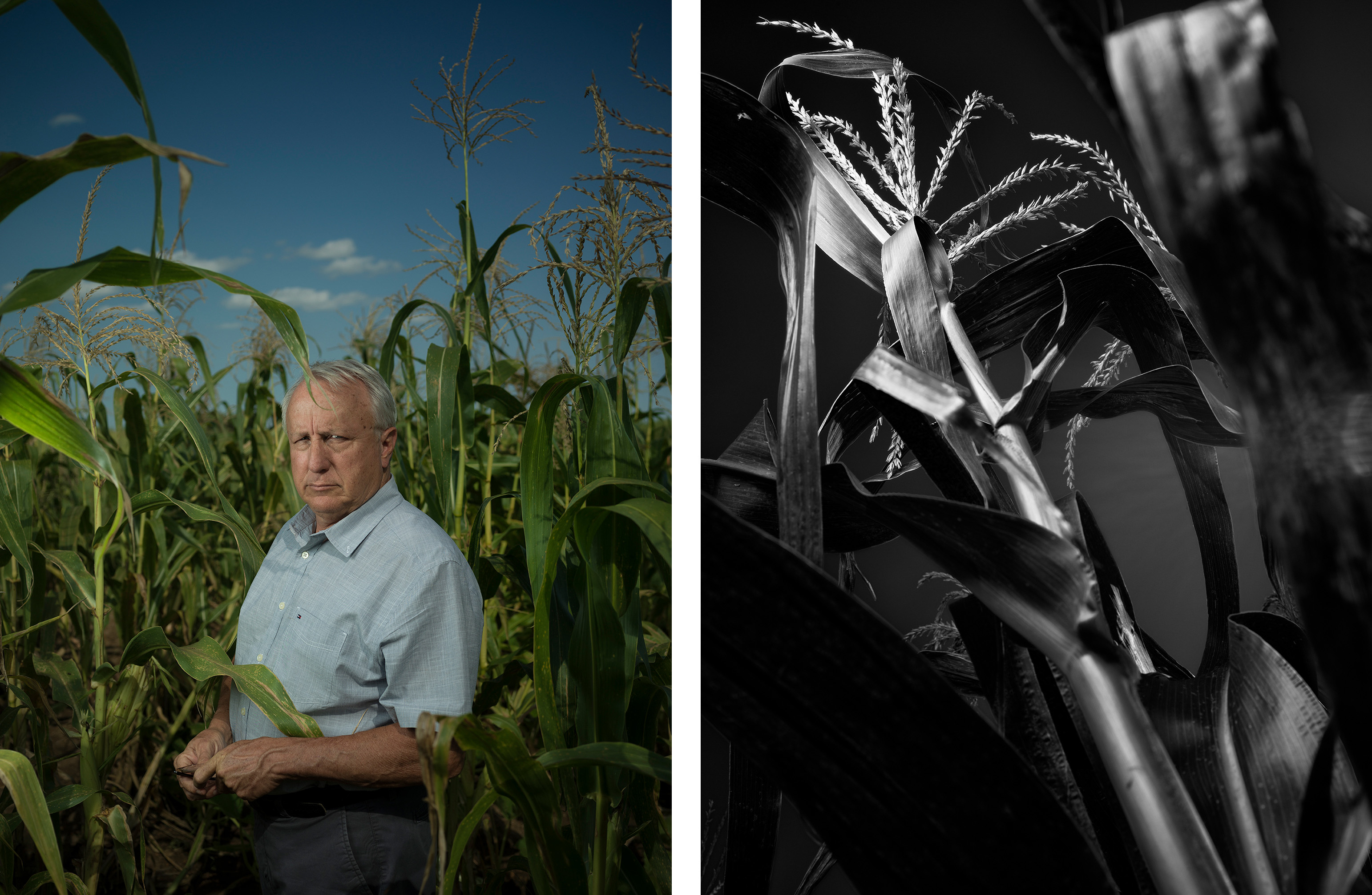 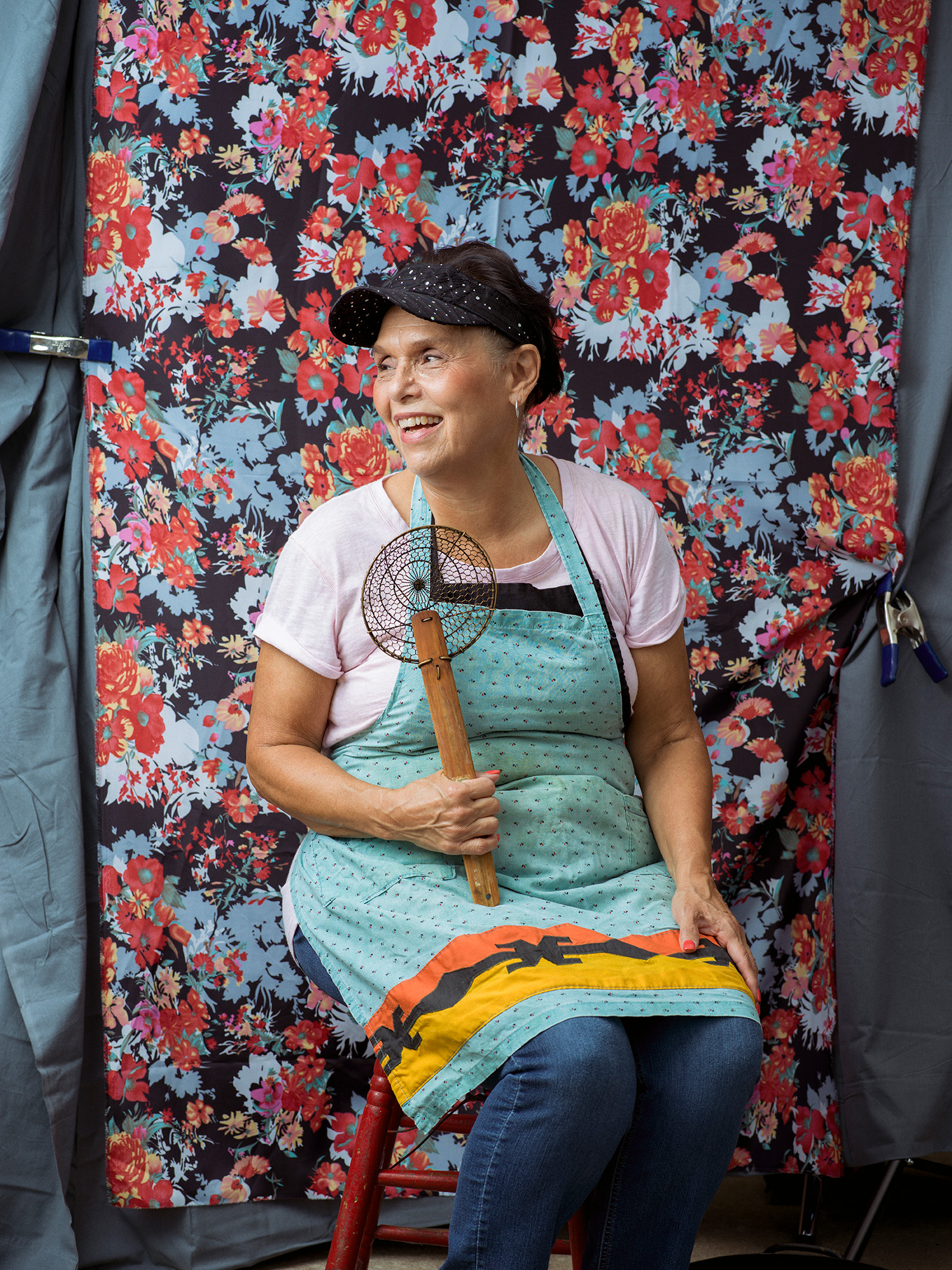 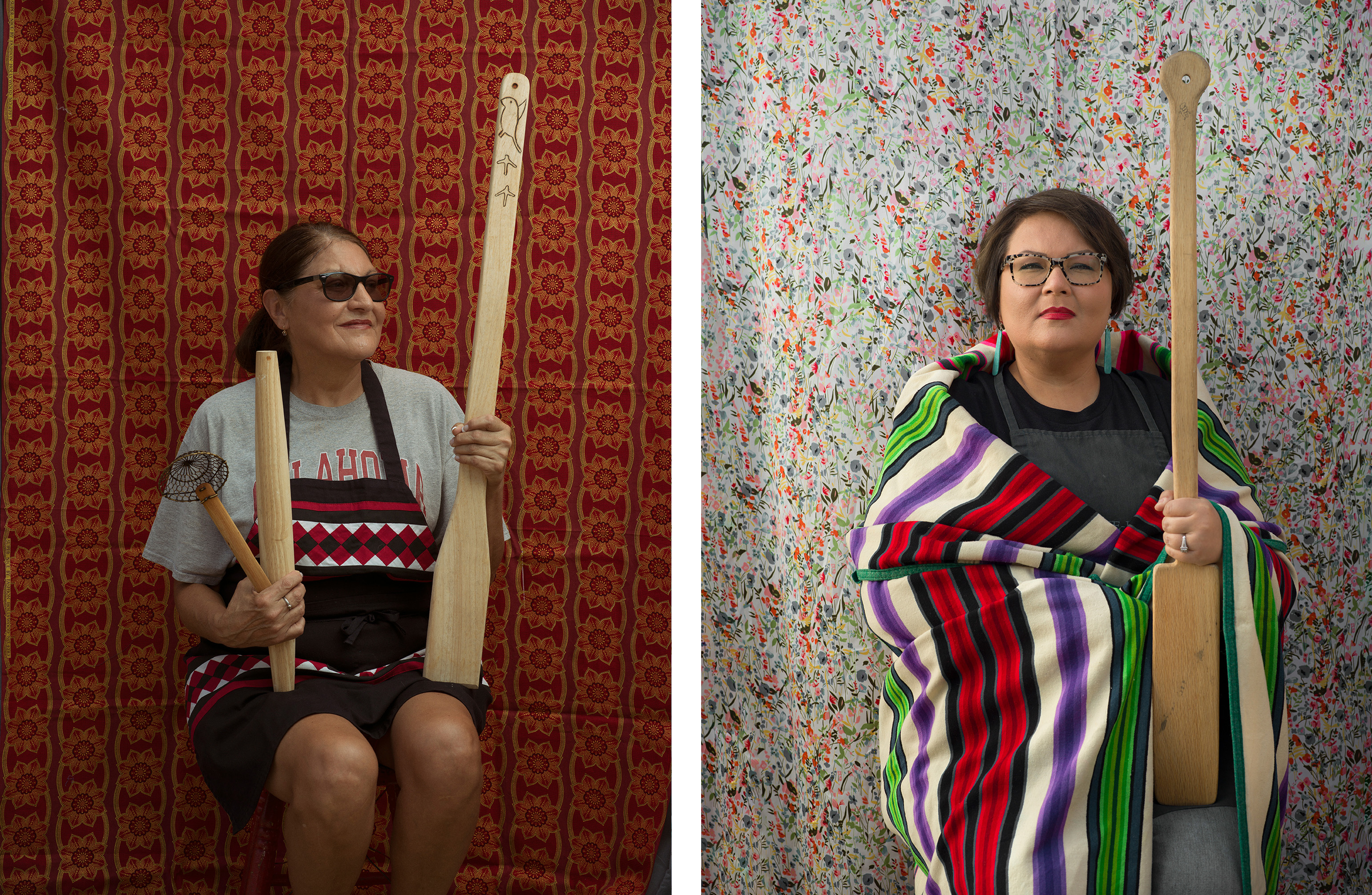 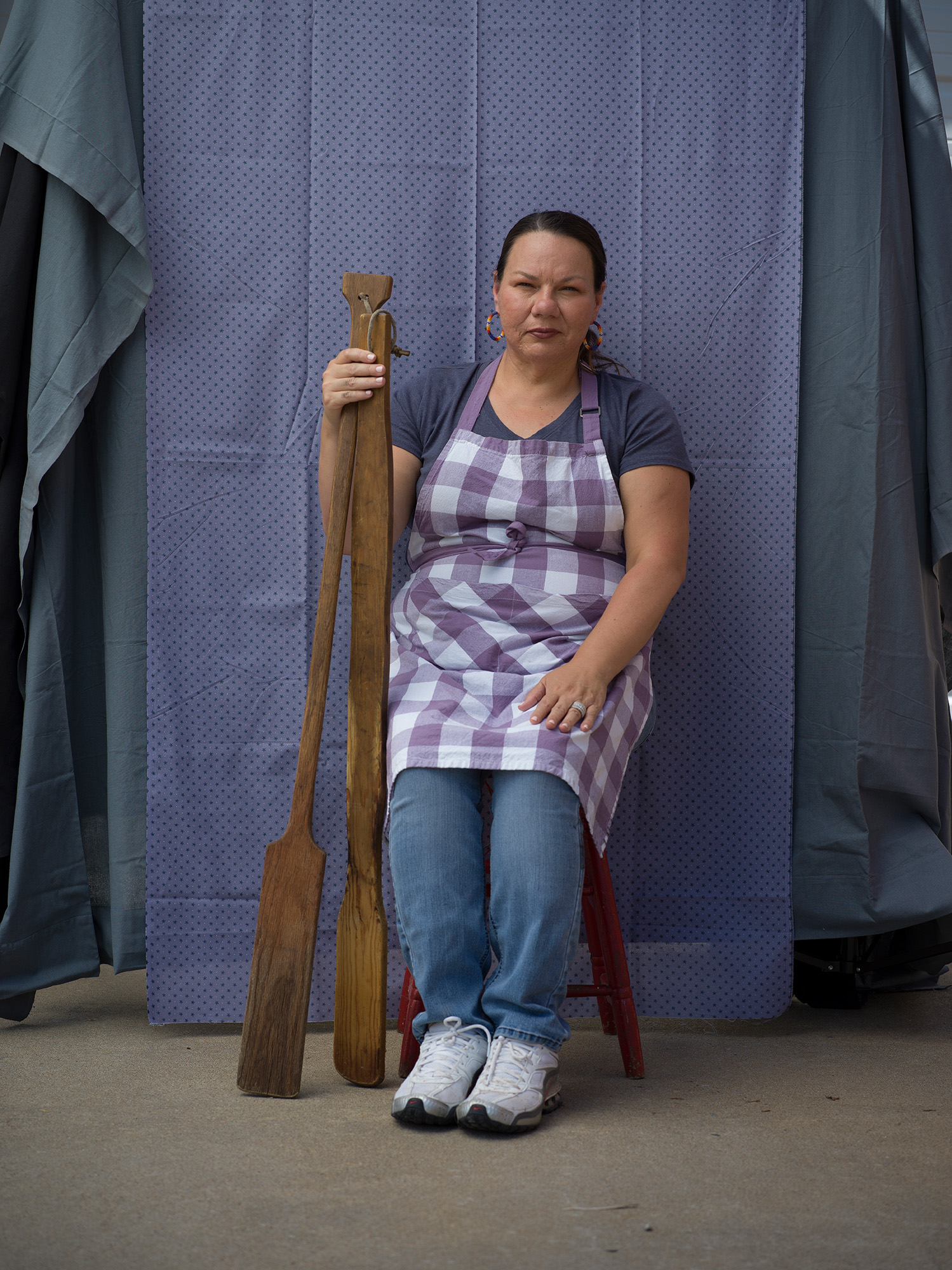 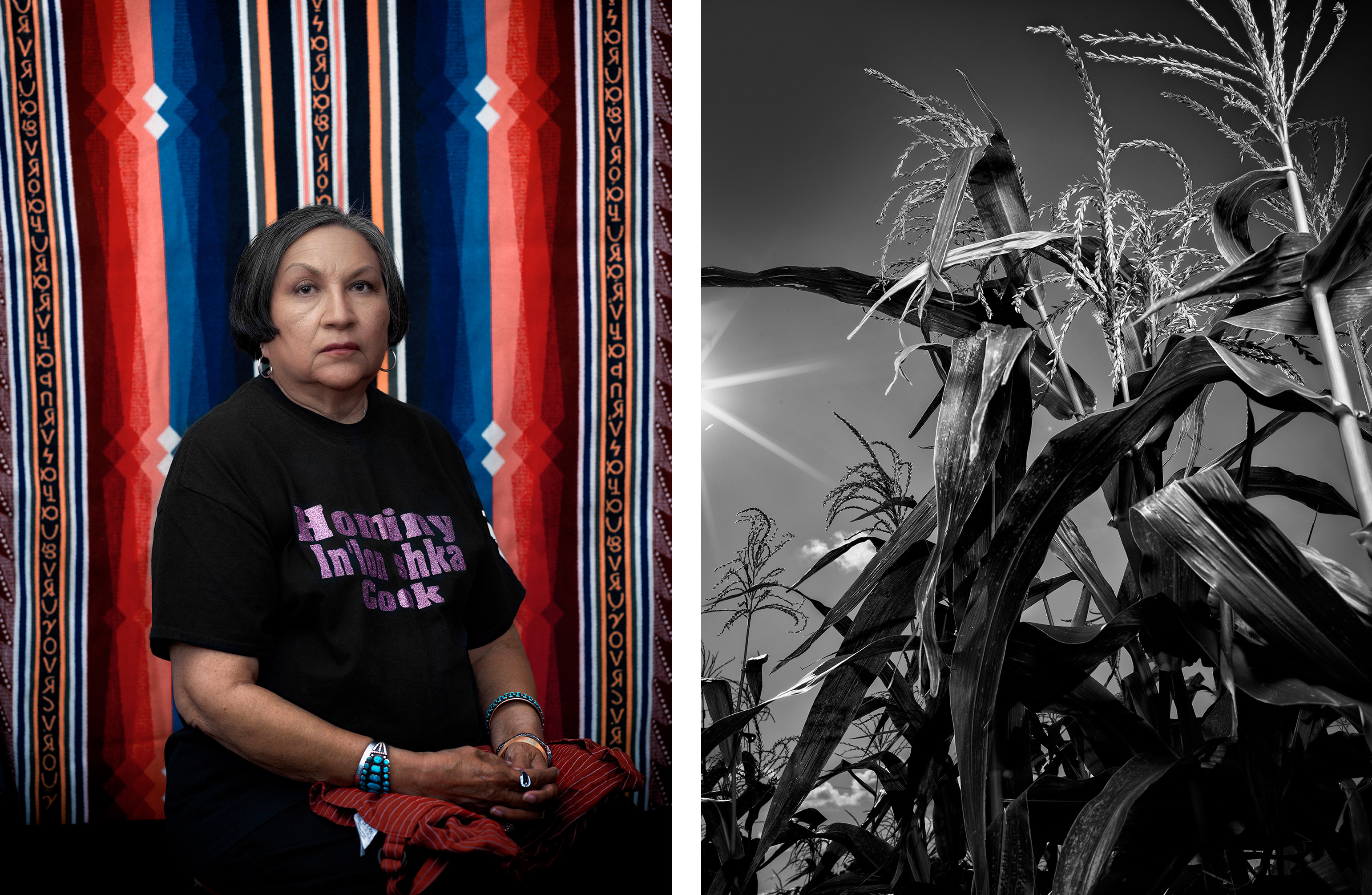 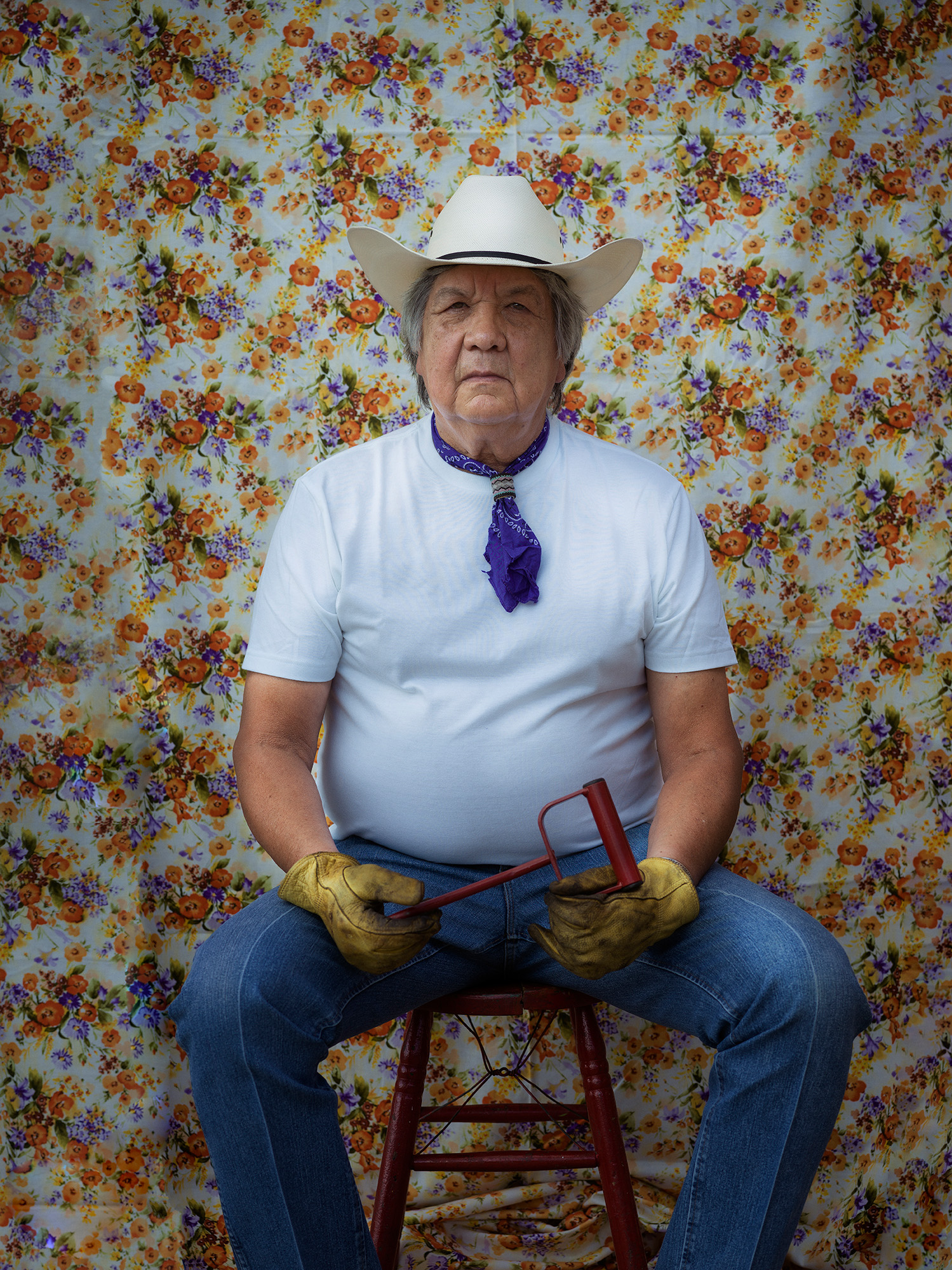 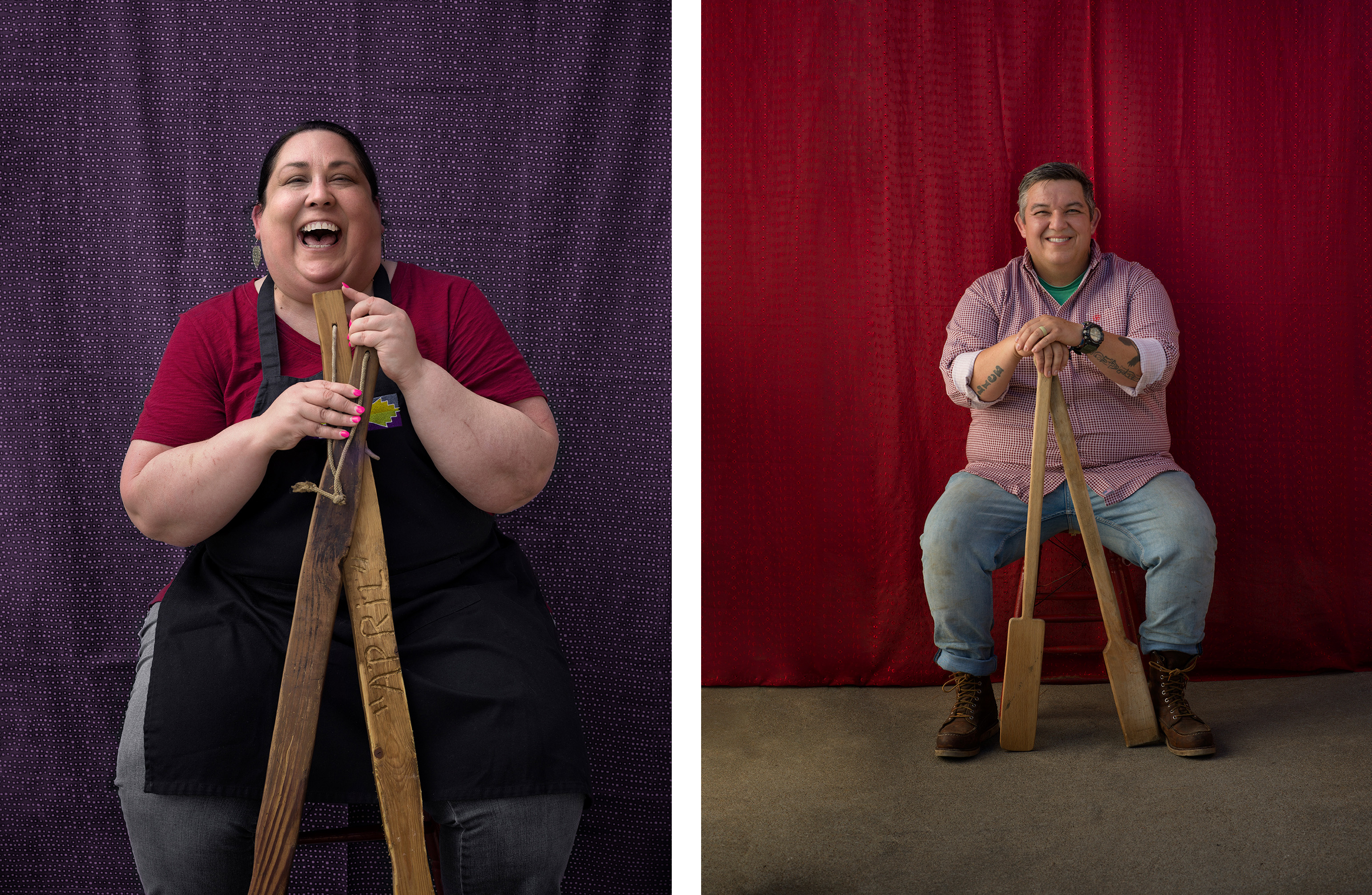 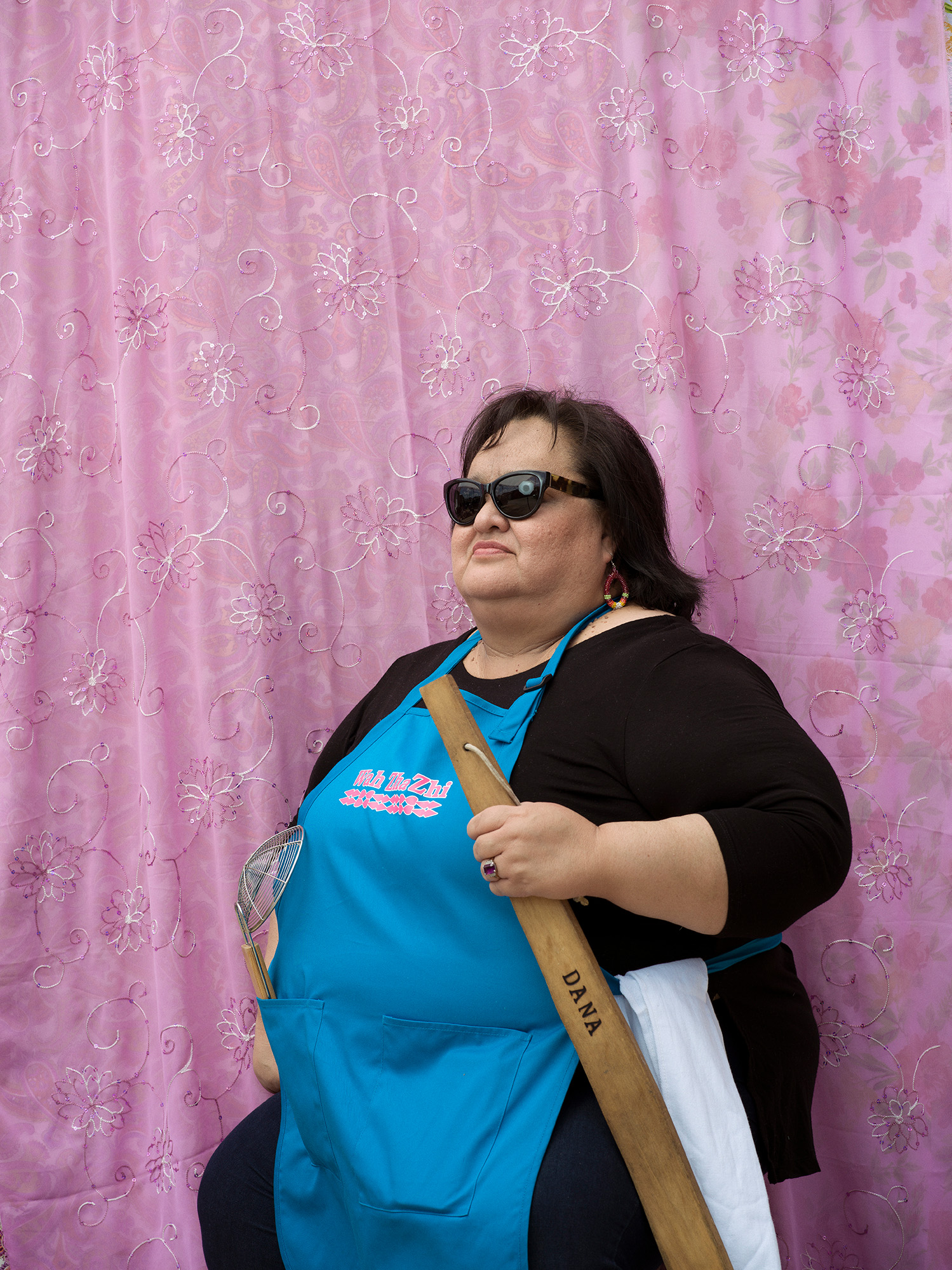 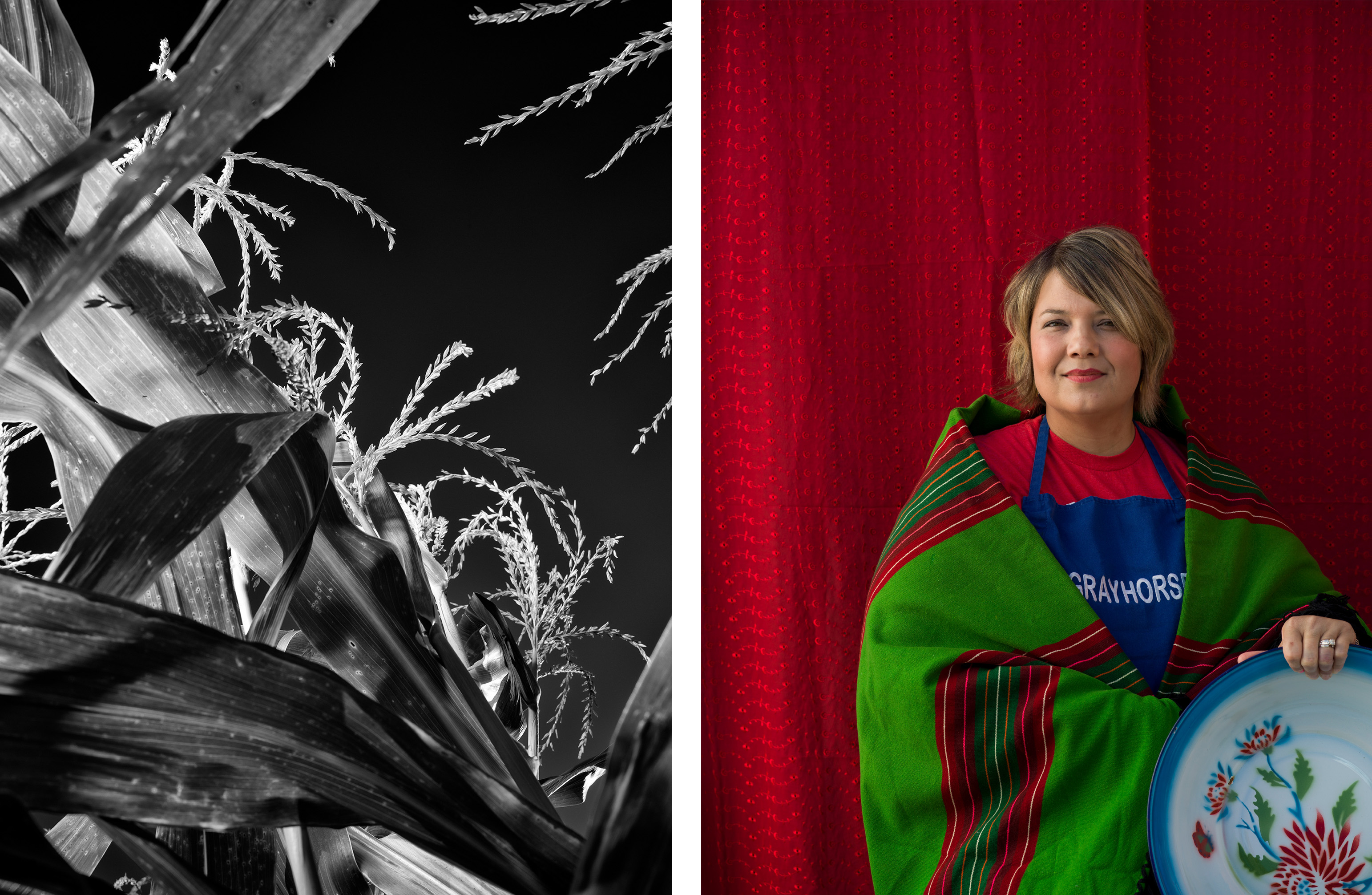 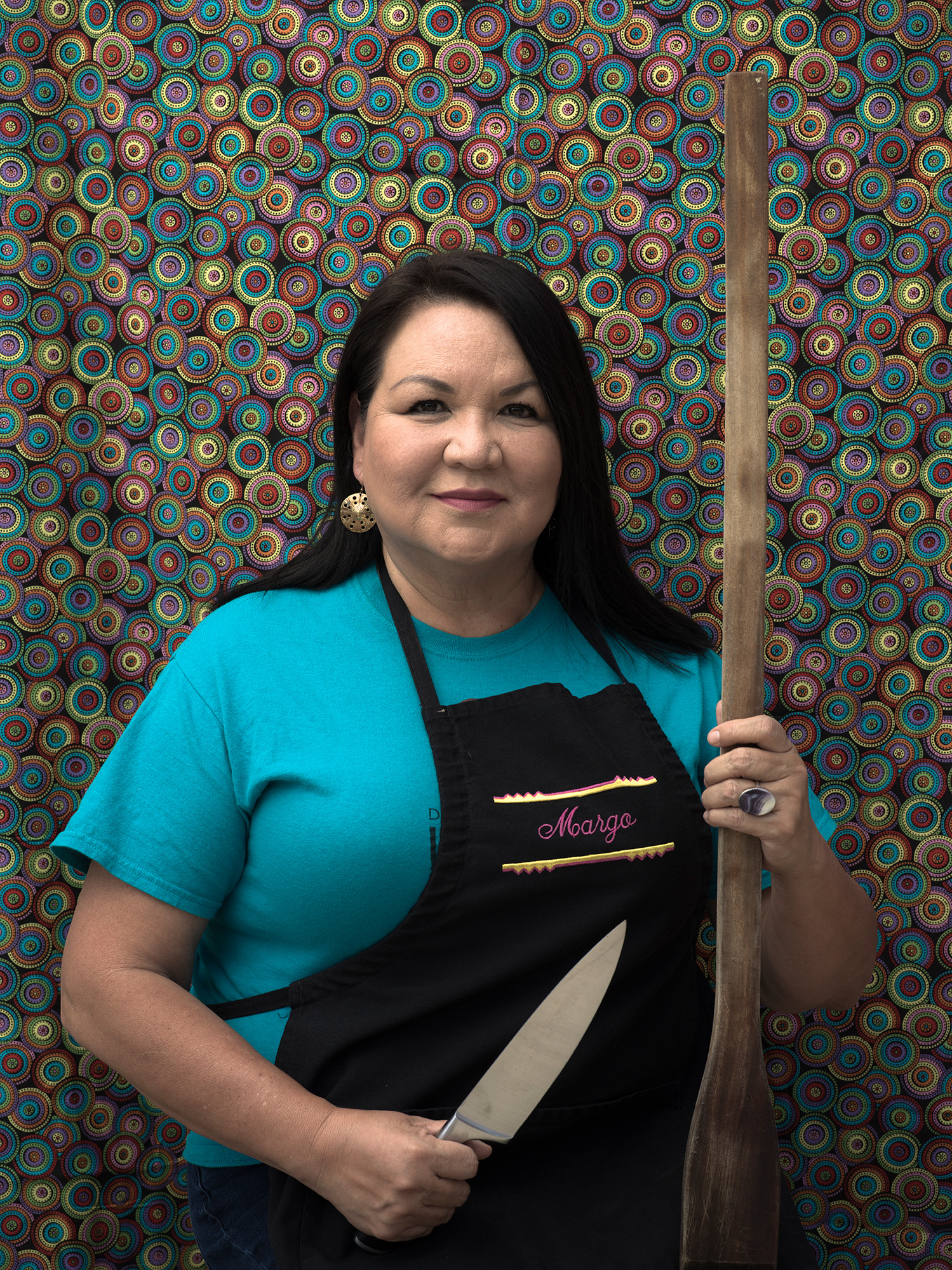 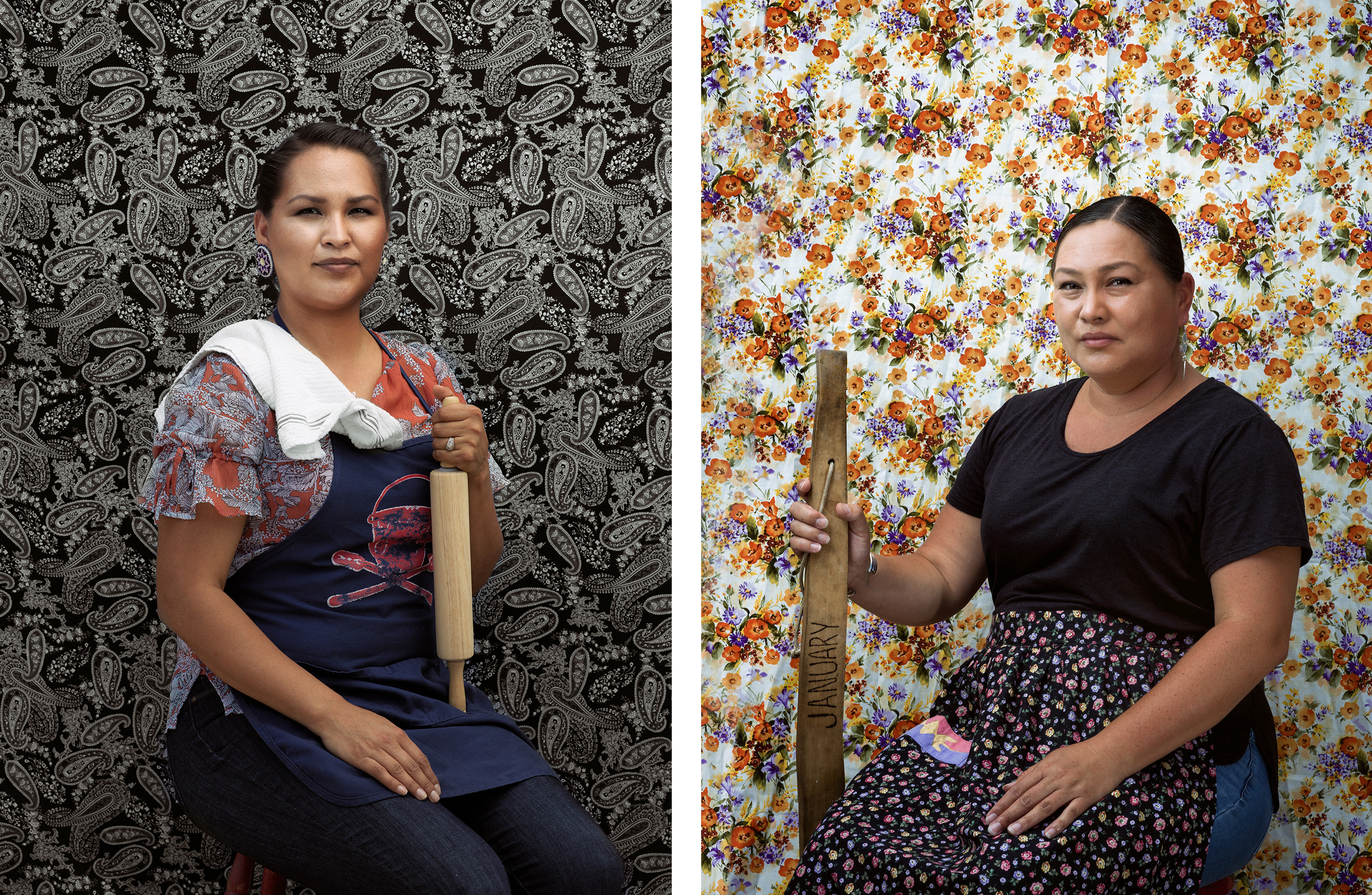 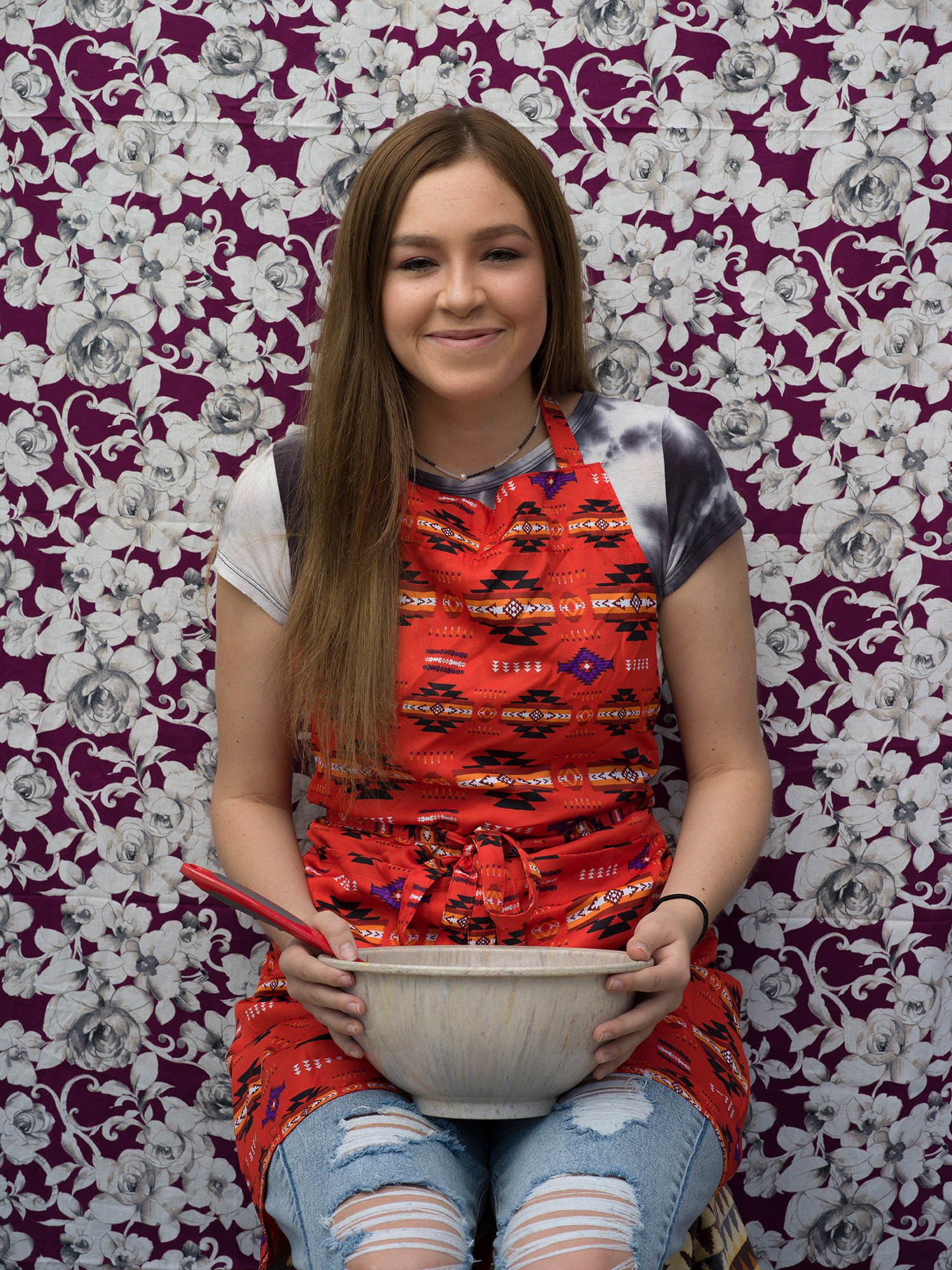 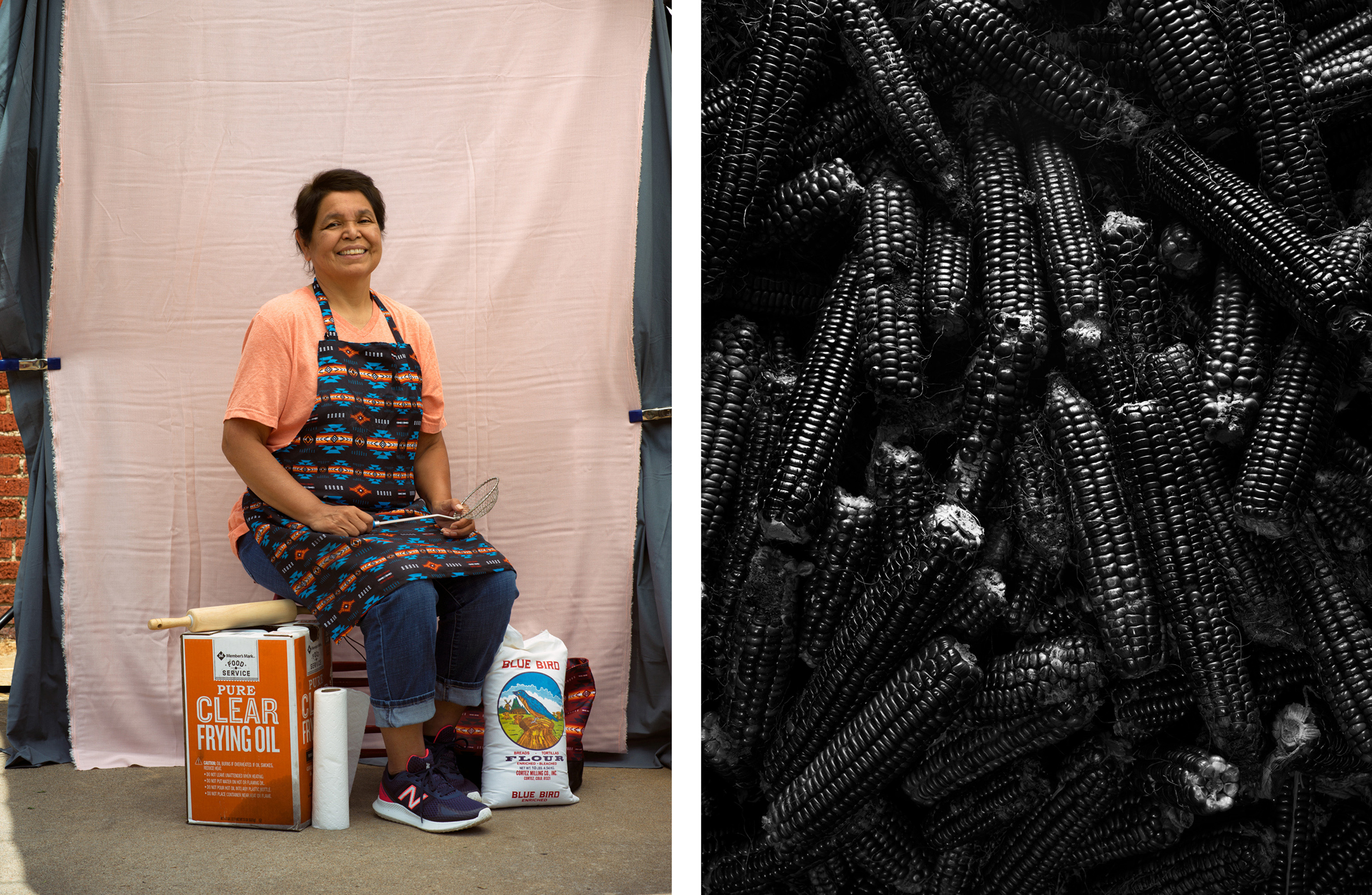 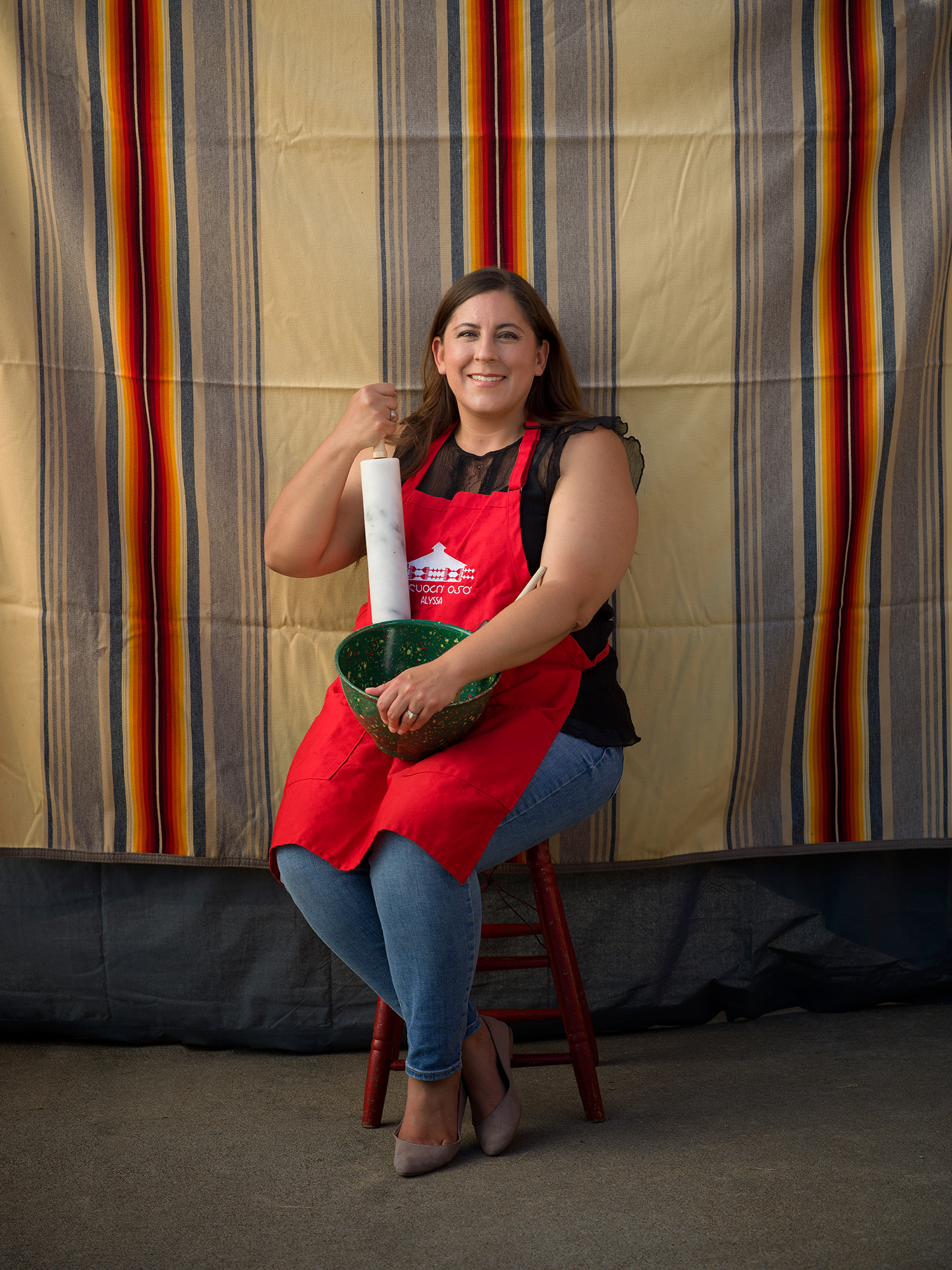 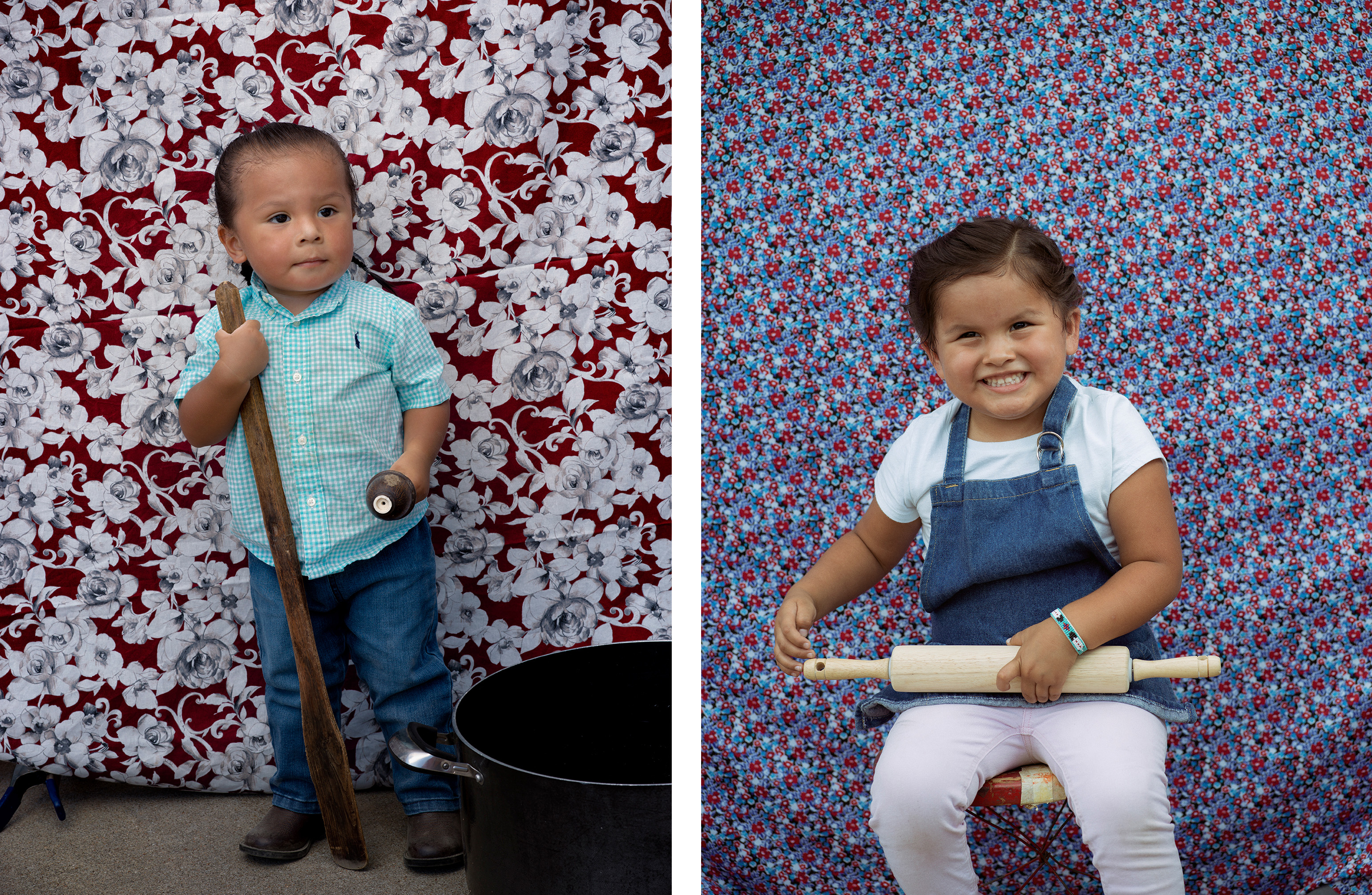 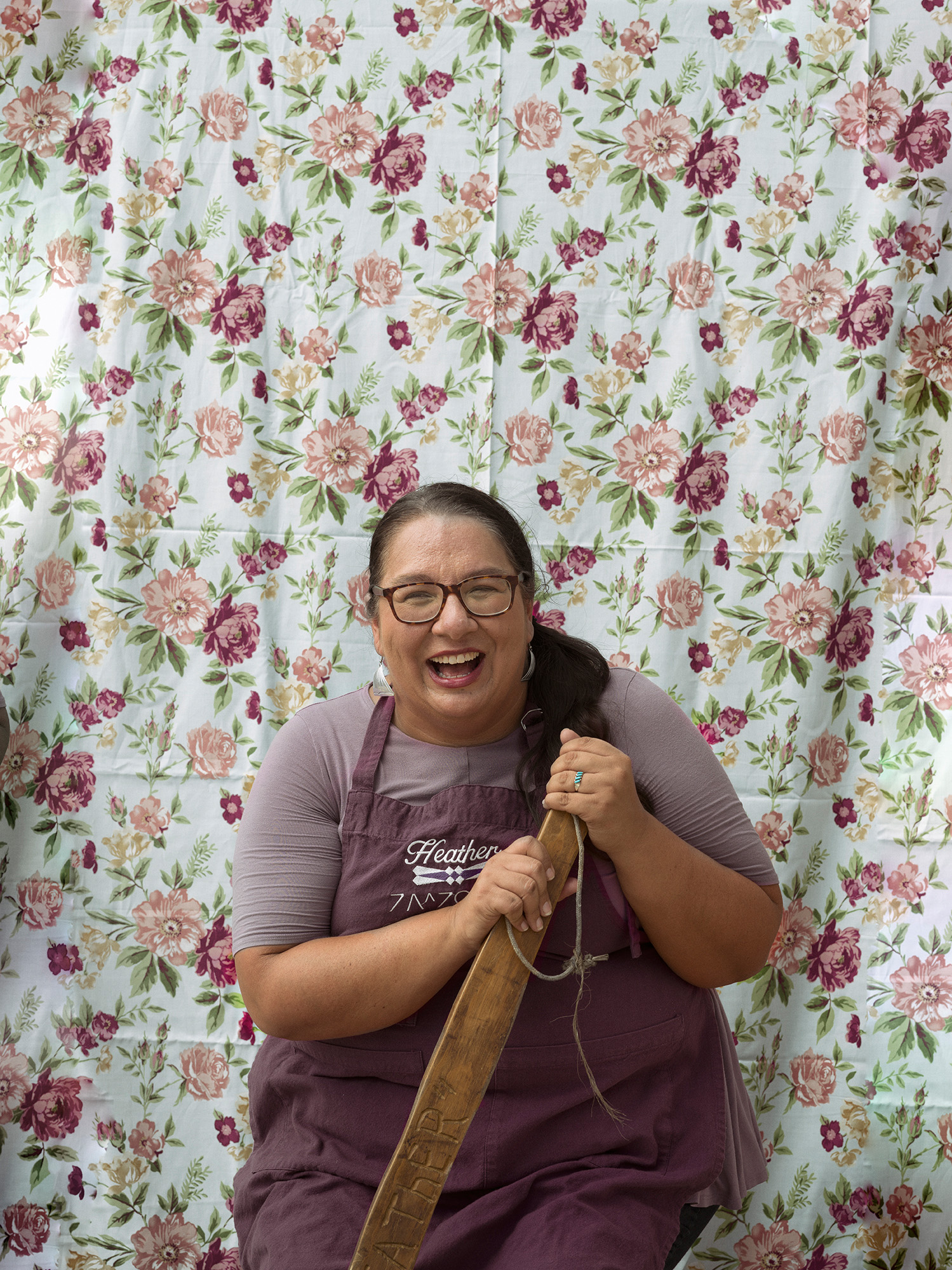 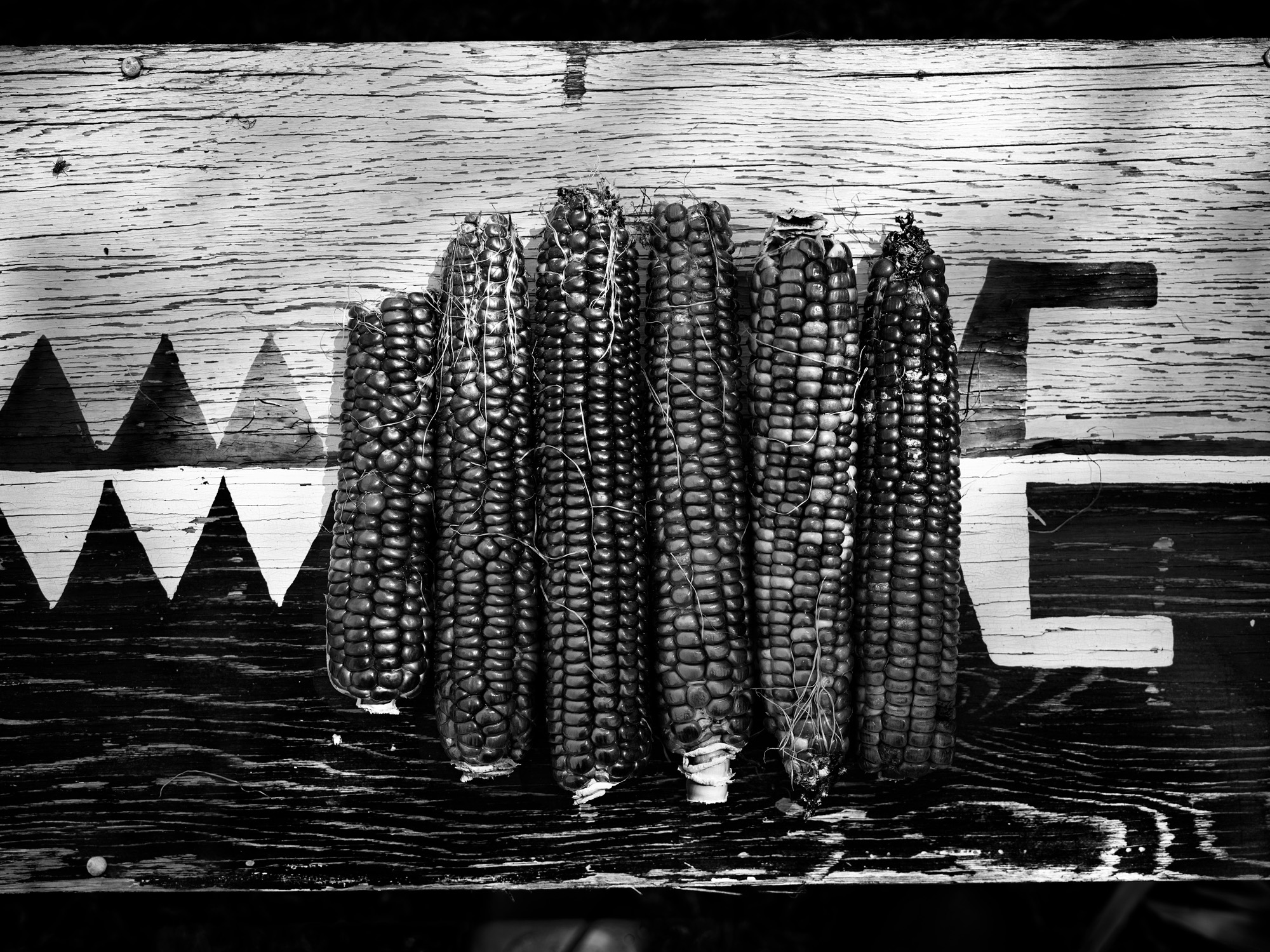